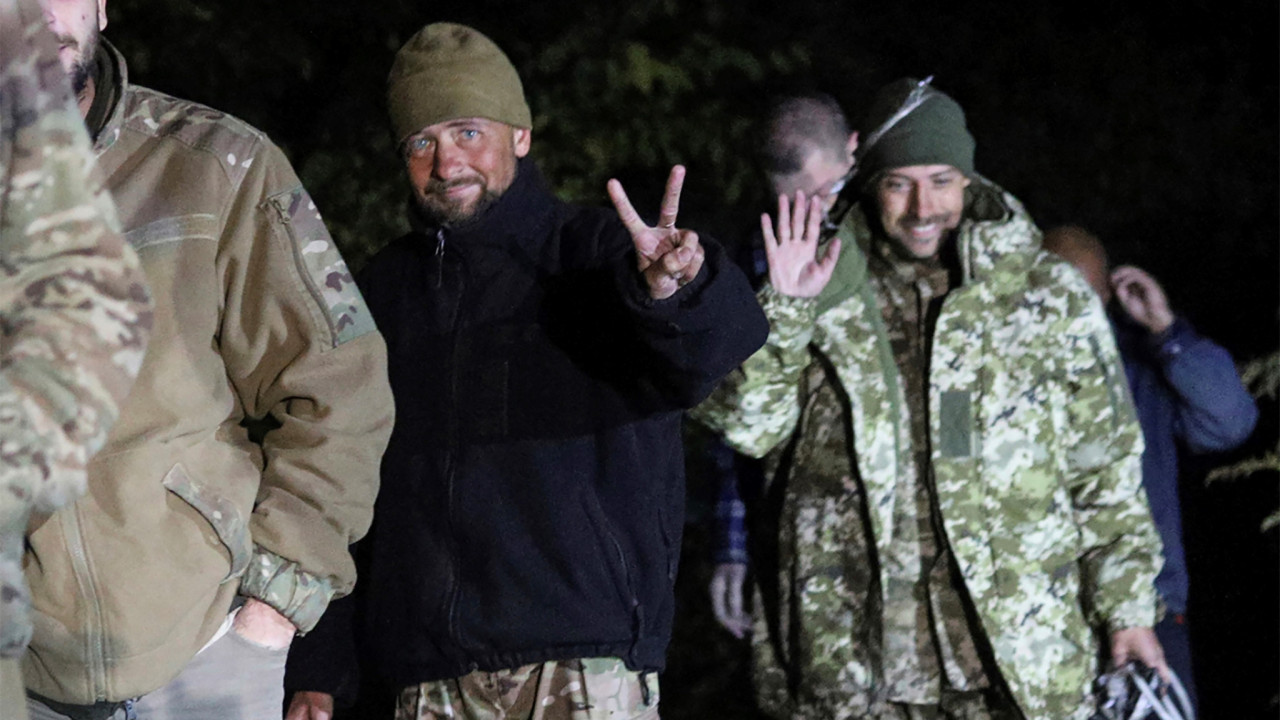 According to Zelensky’s statements on Wednesday night, Kyiv and Moscow exchanged prisoners in an operation that was “long in the making”.

In a surprise mass prisoner exchange – the largest during the war since Russia invaded on February 24 – Ukraine and Russia went ahead.

According to Zelensky’s statements on Wednesday night, Kyiv and Moscow exchanged prisoners in an operation that was “long in the making”. The exchange involved the release of 215 Ukrainians and foreign fighters fighting alongside them, for 55 Russian soldiers.

Among the freed Ukrainians are also officers of the Azovstal battle, at the steel plant that for Kyiv is a symbol of resistance to Russia’s military invasion. The heads of the defense in Azovstal were transferred to Turkey, where they will remain “in absolute safety and in comfortable conditions” until “the end of the war”, by virtue of an agreement with Turkish President Recep Tayyip Erdogan, the Ukrainian president clarified.

On the other hand, the Ukrainians released 55 Russian soldiers, among them the former Ukrainian MP, oligarch and close friend of Putin, Viktor Medvedchuk.

In return, Ukraine handed over more than 50 Russian troops, including pro-Russian politician Viktor Medvedchuk, to the Russian side. pic.twitter.com/MOsbizRZP9

The foreigners released include two Britons and a Moroccan who were sentenced to death in June after being caught fighting on the side of Ukraine.

Three other Britons, two Americans, a Croatian and a Swedish national were also released.

Two American veterans and five British citizens who had been held by Russian-backed forces for months have been released as part of the prisoner swap between Russia and Ukraine that was brokered by Saudi Arabia https://t.co/xr3p0R9Tkl

Politico called the prisoner exchange “huge” and Reuters called it a “major” and “surprise” move, the largest exchange of prisoners between the two countries since the beginning of the conflict.

Commanders of the Azovstal defense, including Denys Prokopenko, the head of the Azov regiment, deputy commander Svyatoslav Palamar and marine commander Serhiy Volynsky, were among the 215 people released from Russian captivity in a massive prisoner exchange on Sept. 21. pic.twitter.com/EmKzuongWT