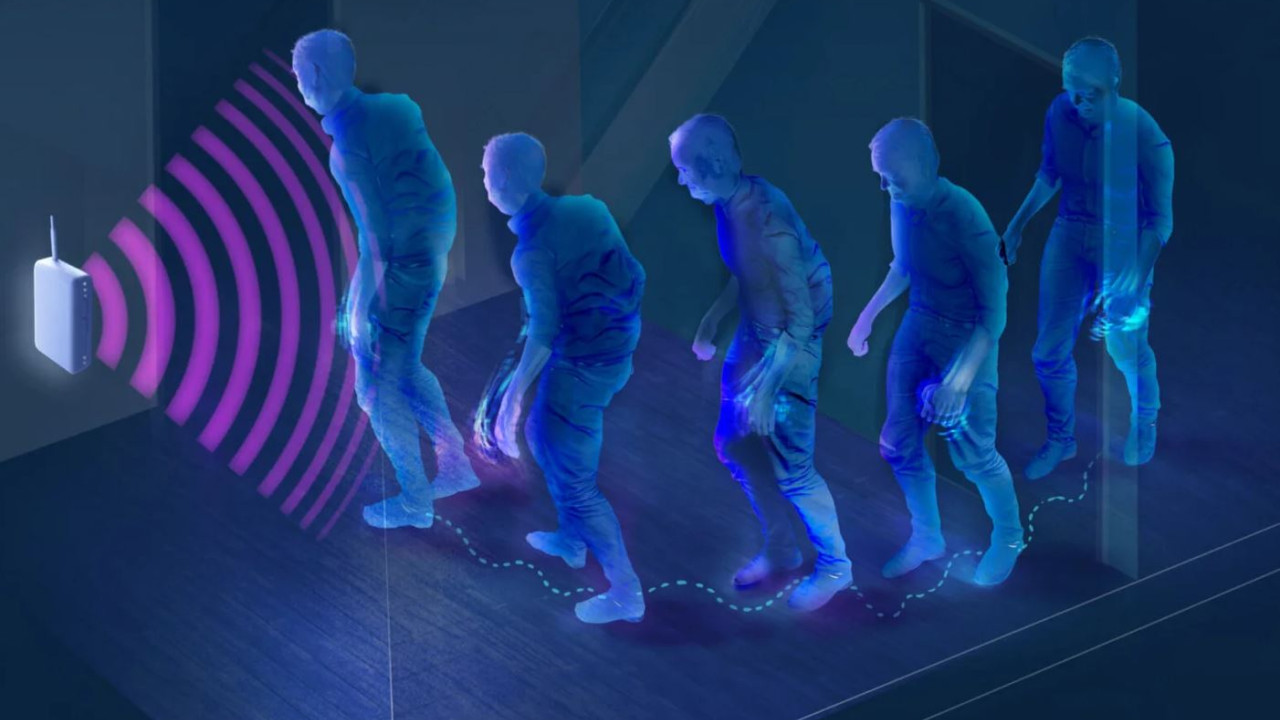 University researchers MIT of the US created one innovative wireless home appliance that remotely records the condition of Parkinson’s patients. The radar device continuously records via radio waves the walking speed and movements of the patients at home, then assesses with the help of artificial intelligence whether their condition is worsening, in which case they should speed up a visit to a doctor.

Parkinson’s disease is the fastest growing neurodegenerative disease, affecting more than ten million people worldwide. The disease, among other things, causes tremors and motor difficulties that disrupt the patient’s ability to walk.

Doctors face great practical difficulties to monitor the severity and deterioration of the disease. Normally this is done by regular clinical assessment of the patient’s motor and cognitive abilities in the doctor’s office. However, it is estimated that at least 40% of Parkinson’s patients, internationally, have never seen a neurologist, because they live far from such a doctor or for some other reason.

In an attempt to solve this problem, the researchers, who made the relevant publication in the medical journal “Science Translational Medicine”, developed a device that can automatically monitor the patient’s mobility at home, without even having to wear it on him or take any measurements himself. The device, which is about the size of a wireless router (Wi-Fi router), collects data by emitting radio signals that are reflected off the patient’s body as he walks around his home.

The device, tested for one year on 50 people, including 34 with Parkinson’s and 16 healthy (the control group), showed that it is possible – with the help of artificial intelligence (machine learning) algorithms – to analyze the collected data and an assessment is made of how Parkinson’s disease develops in a person, without visiting a specialist doctor often.

“Having a device at home that can monitor a patient and tell the doctor remotely about the progression of the disease, as well as the patient’s response to the treatment given, the doctor can monitor the patient even if the patient is not can come to the clinic,” said lead researcher Professor Dina Katabi of MIT’s Department of Electrical Engineering and Computer Science.

Essentially, it’s a “human radar,” analyzing radio signals as they hit and then bounce off a person’s body. Radio signals pass through walls and other solid objects, but are reflected by people due to the large amount of water inside their bodies. The transmission of signals from the new device uses a minimal part of the power of the home Wi-Fi router, without interfering with the operation of other wireless devices in the home.

This creates a “radar” that can record someone’s movement in space. Because radio waves always travel at the same speed, the length of time it takes for the reflected signals to return to the device indicates how slow or fast a person is moving. The device’s built-in algorithm distinguishes radio signals that are reflected from the particular Parkinson’s patient and not from other people in their home. Other algorithms statistically analyze the movement data to draw conclusions about the patient’s mobility – and therefore progress.

The device test showed e.g. that the walking speed of people with Parkinson’s decreases almost twice as fast over time as people without the disease. Also, intraday variations in a patient’s gait are related to how well the drugs work on them once they’ve taken their dose.

Until now, the neurologist could only have such information by asking the patient to record it in a daily diary. So a doctor can now directly use the device’s data to modify the dosage accordingly more efficiently and quickly, something important since antiparkinsonian drugs can have serious side effects in excessively large doses.

Also, according to Katabi, “a pharmaceutical or biotechnological company trying to develop new drugs for this specific disease can – thanks to the new device – significantly reduce the cost and speed of development of new treatments”. Also, efforts will be made to develop similar home wireless devices for other neurological diseases, such as Alzheimer’s, lateral myotrophic sclerosis, Huntington’s disease, etc.

Facebook
Twitter
Pinterest
WhatsApp
Previous articlePodcast: Putin’s Nuclear Threat and the New Phase of the Ukraine War
Next articleThe biggest prisoner exchange between Russia and Ukraine since the beginning of the war (photos)