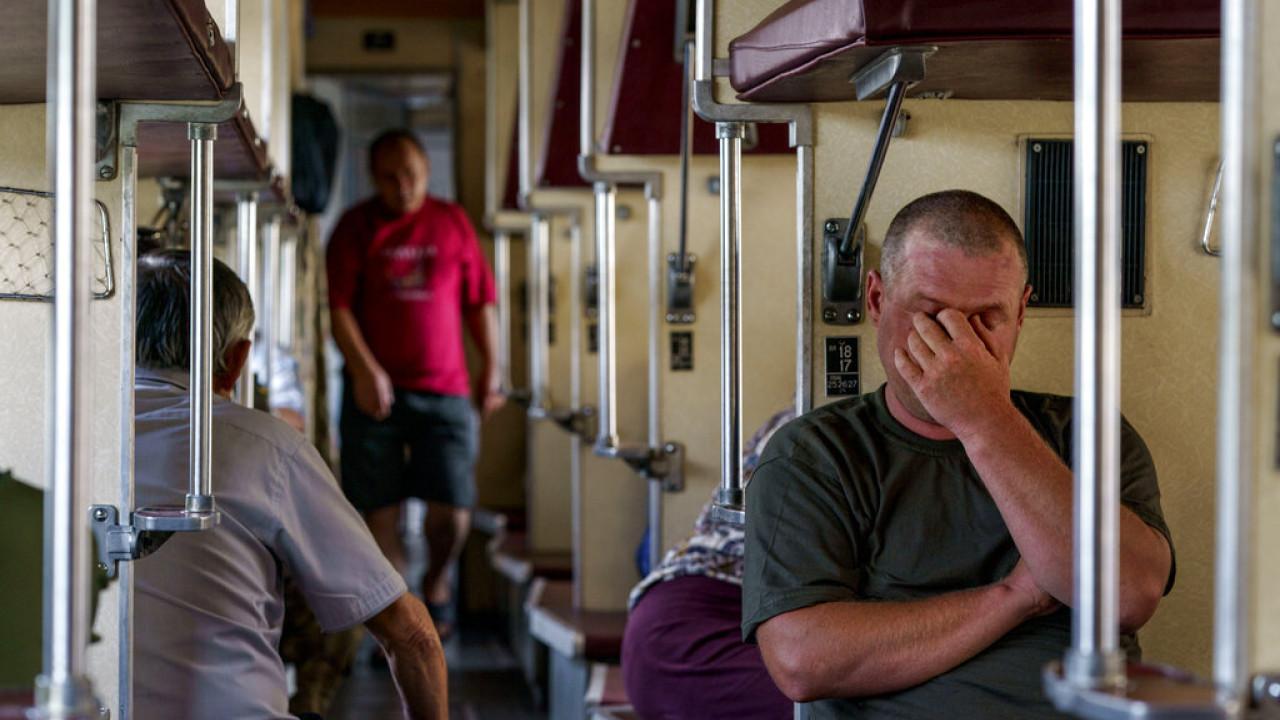 “Door” to Russian defectors from the Czech Republic, Finland is also thinking about it – Germany is ready to welcome them

Although Germany says it is ready to accept Russian defectors, the Czech Republic refuses and Finland is considering

As Russian citizens of draft age leave the country one by one for fear that sooner or later the Russian borders will be closed, one by one the countries are deciding whether or not to accept them. Increased traffic has already been observed since yesterday at the borders with Finland, Georgia and Armenia.

However, it seems that not all countries are willing to grant visas to Russian defectors. THE Finnish government announced that it is considering banning most Russians from entering Finland. Finnish land borders have remained among the few entry points into Europe for Russians, after a number of Western countries closed both their land borders and airspace to Russian planes in response to Russia’s invasion of Ukraine.

The prime minister Sana Marin said today that the government is assessing the risks posed by people traveling through Finland and is considering ways to drastically reduce the transit of Russians through the country.

“The will of the government is very clear, we believe that Russian tourism (to Finland) should stop, as well as transit through Finland,” Marin told reporters.

“I think the situation needs to be reassessed after yesterday’s news,” she added, referring to Putin’s order for partial conscription.

The Russian president’s announcement raised fears that some men of fighting age would not be allowed to leave Russia and led to non-return airline tickets being quickly sold out of the country.

Finland has chosen to keep its border with Russia open following Moscow’s invasion of Ukraine on February 24.

The crossing is one of nine on Finland’s 1,300km border with Russia, the longest in the European Union.

“Road traffic on the Finnish-Russian border intensified overnight,” the border guard’s head of international affairs, Matti Pitkaniti, tweeted. He told Reuters that border guards were ready at the nine checkpoints.

Although traffic from Russia is higher than usual, border guards said in a statement that it has not changed “alarmingly” in recent days compared to the pre-pandemic period.

The statement warned that “false and misleading” information is being circulated on social media.

At about 5:30 p.m. local time, traffic was moving forward, according to a Reuters eyewitness, with cars stretching across four lanes, each for about 150 meters.

A 34-year-old Russian man named Nikita, who did not give his last name, told Reuters he was going on holiday in southern Europe and was unsure whether he would return to Russia. “I’ll make the decision when I’m there,” he stressed as he crossed the border.

Border officials told Reuters that a significant number of Russians who arrived were traveling on tourist visas. Tourists must present visas and documents proving their onward travel, such as airline tickets, hotel reservations or an invitation from a friend.

Not from the Czech Republic in granting a visa

THE Czech republic on the other hand, he announced that he would not issue visas for humanitarian reasons to Russians who leave their country to avoid conscription.

“I understand that Russians are fleeing from increasingly desperate decisions taken by Putin,” Czech Foreign Minister Jan Lipavsky said in a statement obtained by AFP.

“But those who leave their country because they do not want to fulfill a duty imposed by their own state do not meet the criteria to receive a visa on humanitarian grounds,” stressed Lipavsky, whose country holds the rotating EU presidency.

Thus, the Czechs adopt a different position regarding Russian defectors, compared to other countries of the European Union, especially Germany which announced today that it is ready to receive them.

“Anyone who courageously opposes Putin and is therefore at risk can apply for political asylum in Germany,” said German Interior Minister Nancy Fesser.

The Czech Republic stopped issuing visas to Russians after the invasion of Ukraine, but later made exceptions in cases where there were humanitarian reasons.

At the same time, Estonia, Latvia, Lithuania and Poland began turning away Russian citizens from border crossings at midnight on Monday, saying they should not travel while their country is at war with Ukraine.

The three Baltic states will not offer refuge to any Russians fleeing Moscow’s military buildup, their ministers said on Wednesday.

The German government is ready to accept Russian deserters

The German government, on the other hand, states that it is ready to accept Russian defectors who are “threatened with serious repression”, as the Minister of the Interior stated in an interview published today in the Frankfurter Allgemeine Zeitung newspaper.

“He who courageously opposes Putin and therefore risks himself can seek political asylum in Germany,” Nancy Feser said in this interview.

Justice Minister Marco Busman took the same stance in a tweet on Wednesday, noting that “apparently many Russians are leaving their country.” “All those who abhor the path chosen by Putin and love liberal democracy are welcome in Germany,” he added.

The granting of political asylum, however, is not automatic, but is preceded by a security check, the Minister of the Interior reminded.