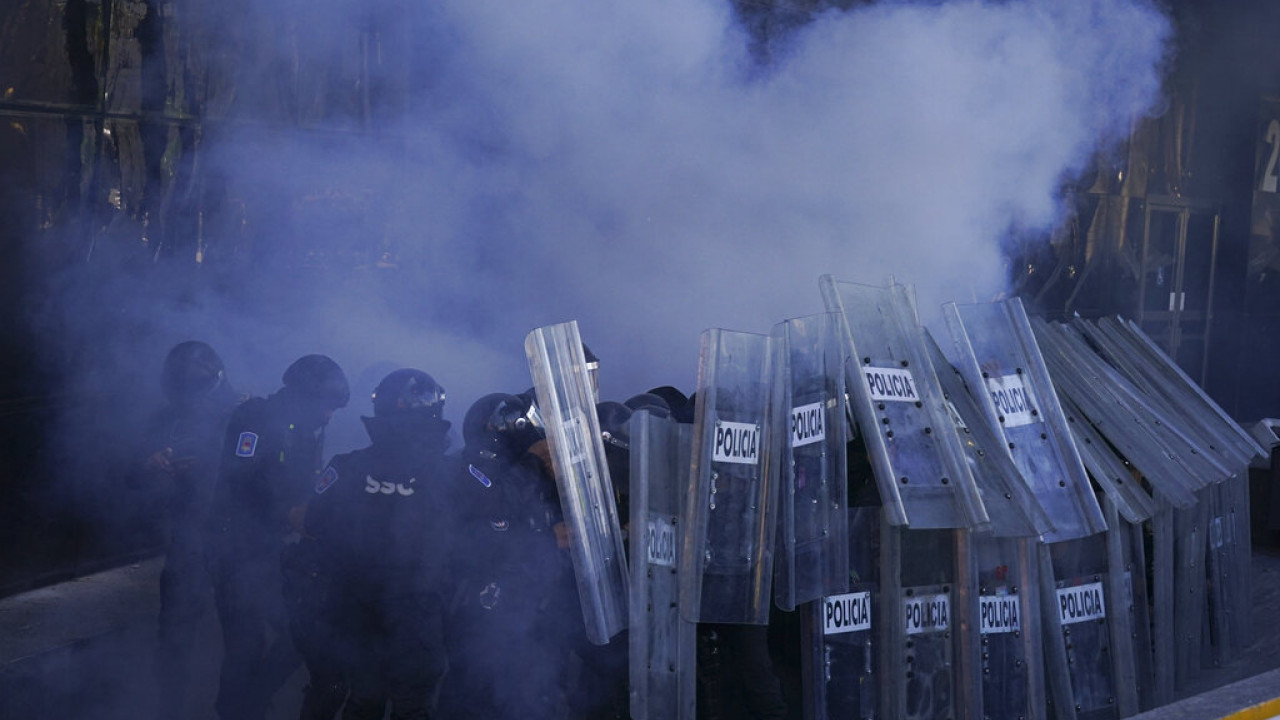 Mexico: Incidents at a demonstration for the 43 students who disappeared in 2014 – 11 police injured

The incidents unfolded in front of the attorney general’s offices, where citizens gathered demanding the arrest of suspects in the case.

Clashes broke out during a demonstration in Mexico centered on a demand for justice for the 43 students who disappeared in 2014 and injured 11 police officers, authorities said Thursday.

The incidents unfolded in front of the attorney general’s offices, where citizens gathered demanding the arrest of suspects in the case.

“Eleven police officers were injured by fragments of explosive devices or suffered bruises in various parts of their bodies from blows,” he added.

During the demonstration, participants painted graffiti demanding justice on the building housing the prosecutor’s offices, while others held banners and placards.

Vidulfo Rosales, a lawyer representing the families of the 43 young people, ruled that the prosecutor must “explain to us, tell us, why there is a delay in executing arrest warrants (for the suspects in the case) while, on the contrary, law enforcement forces were deployed to to prevent us from reaching the door of his offices.”

“Once again, as during the previous government (…) the doors of the institutions (are closed) for the victims”, he complained.

The demonstration came a day after the Israeli embassy was vandalized by protesters demanding the extradition of a Mexican former investigator who allegedly withheld evidence in the 43 case.

The students disappeared from the face of the earth on the night of September 26-27, 2014, in Iguala (Guerrero state, south) where they went with the intention of “ordering” buses to take them to the capital in order to take part in a demonstration.

According to the initial official investigation, the 43 youths were arrested by police working with the Guerreros Unidos (“United Warriors”) drug cartel, then shot and their bodies charred, for reasons that remain unclear — the killers allegedly thought they their victims were members of a rival gang. The families of the victims reject the official version. Only three remains have been identified to date.

The finding of the “Truth Commission on Ayotchinapa”, established by President Andres Manuel López Obrador’s decision to shed light on this case, stated that the Mexican military was involved in the crime, one of the worst human rights abuses ever recorded in the history of Mexico, where 100,000 disappeared are officially counted.

Facebook
Twitter
Pinterest
WhatsApp
Previous articleHeavy “bell” on Boeing for deception about the safety of the two 737 MAX – What led to their crash
Next articleBiden meets Philippine president, son of dictator, and talks about ‘roots of democracy’