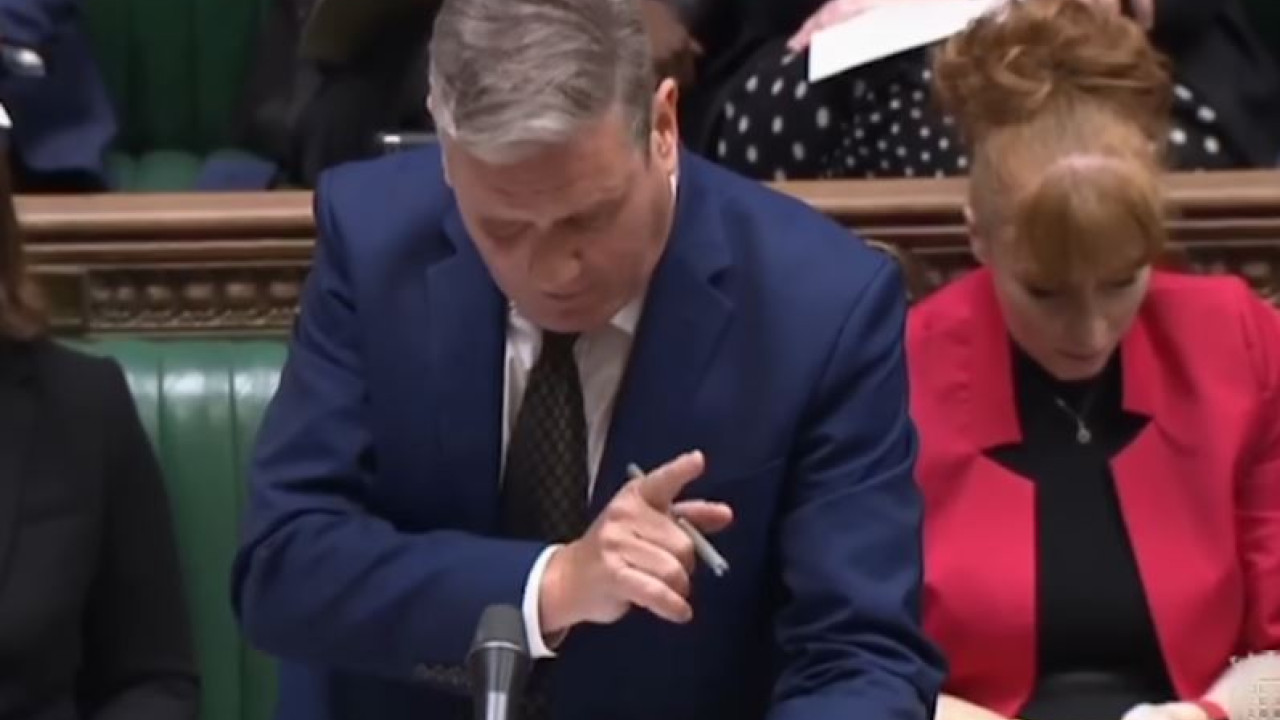 Elizabeth: What was said in the note circulated in the British Parliament when her unwellness became known

The unusual movement on the benches of the two major parties at that midday meeting signaled that something serious was afoot.

The deputy leader of the Labor Party Angela Rayner revealed what was written in the memo circulated among British MPs during the House of Commons meeting on September 8, the day of Queen Elizabeth’s illness and eventual death.

The unusual mobility in the benches of the two major parties at that midday session betrayed that something serious was happening. Shortly after the undersecretary responsible for relations with the Palace Nadeem Zahawi unexpectedly sat next to Prime Minister Liz Truss to inform her of doctors’ concern for the 96-year-old monarch, a note on squared paper was spotted circulating among MPs.

Ms Rayner can be seen on video from that day reading the message and consulting colleagues about what to do.

Speaking on the News Agents podcast, Ms Rayner revealed what she read in that note.

As he said, “in plain English” it read: “The queen is unwell and Kir must leave the chamber as soon as possible to be informed”.

Describing the moment, the Labor politician continued: “I read between the lines because you don’t get a memo like that saying the Queen is unwell if she has a bit of a cough or a cold.”

The “gravity” of the moment was evident from the fact that there was no qualm about interrupting an important parliamentary plenary session, he added.

“I was trying to get the memo to Kiir without being too dramatic but also not knowing what was going on but I had to get him out of the room. I kept the note and was trying to think how I was going to give it to Keir without completely ruining what he was trying to say, because if someone is trying to give you information when you’re in the middle of a speech it’s very distracting, so I waited an opportunity to do so.”

Ms Rayner looked to her right and caught the eye of the Speaker of the House of Commons, Sir Lindsay Hoyle, who signaled that she should inform Mr Starmer. “He gives me the nod that ‘this is something really extraordinary.’ So I knew it was a really important moment.”

Ms Rayner also said she was concerned there might be a sudden announcement of the Queen’s death without her party leader being informed. “If Kiir had been in full speech when the news broke, then I wouldn’t have shielded him from the circumstances,” he noted.

When Mr Starmer was finally informed, he and Ms Rayner briefly left the chamber and were briefed on the situation by Cabinet Secretary Simon Case.

A few minutes later Buckingham Palace issued the announcement of medical concern and six hours later the death of Queen Elizabeth was announced.

Facebook
Twitter
Pinterest
WhatsApp
Previous articleDiki Fourthiotis’ trial: “I am innocent, everything is a police scenario,” said the presenter
Next articleFour arrests in an operation by the Drug Enforcement Administration in Menidi and Zephyri – 1.5 kg of heroin was seized