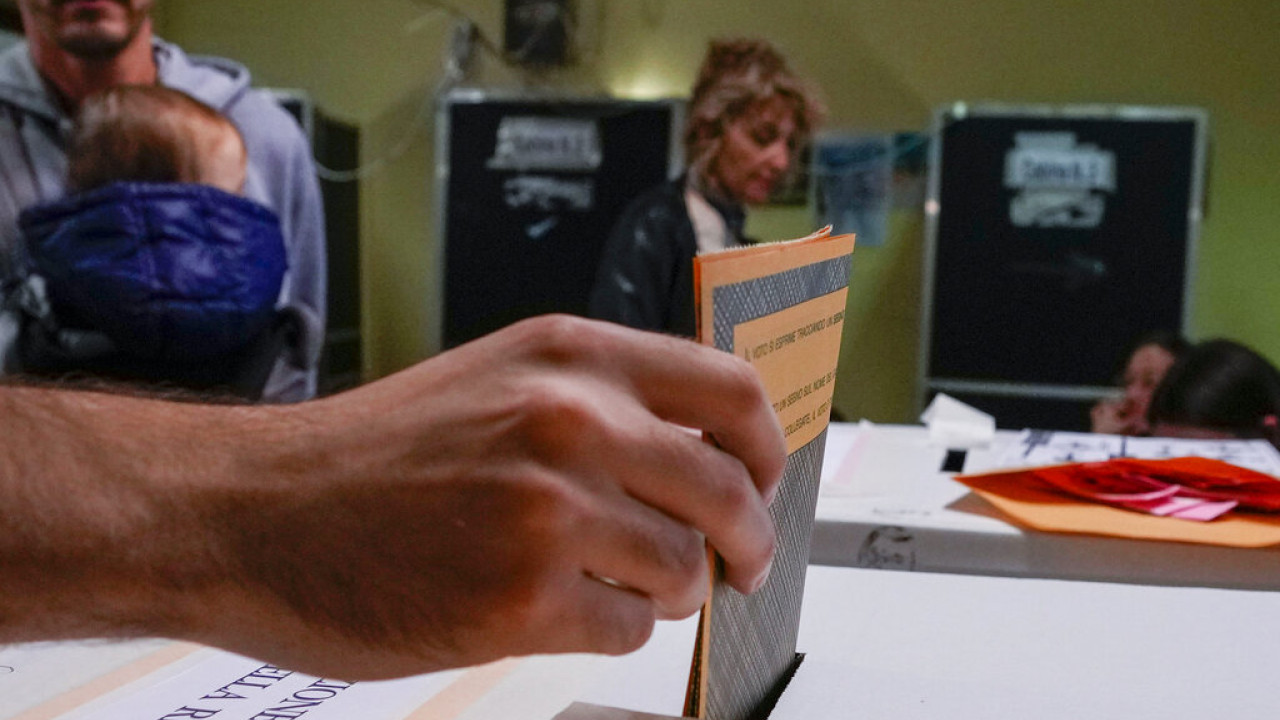 Analysis: What a Meloni government in Italy would mean for the EU

Far-right Georgia Meloni may emerge as the winner of today’s election. Do Europeans have reason to worry, or will not much change in the end?

For three years, Giorgia Meloni, who started her political career in a post-fascist youth organization and later became the leader of the far-right populist party “Brothers of Italy”, has cultivated the image of a moderate politician. He is not, as in the past, in favor of Italy’s withdrawal from the EU and the Eurozone, assuring that he is simply seeking their reform. Unlike other far-right political forces in Europe, it condemns the Russian invasion of Ukraine and at the same time supports sanctions against Russia and the sending of military armaments to Ukraine. At the same time, however, he welcomes Britain’s exit from the EU while maintaining close ties with the British Conservative Party.

The president of the “Brothers of Italy” party is pandering to those Europeans who fear a far-right government in Italy. He even says that the only thing Brussels is worried about is losing revenue and powers. In addition, Georgia Meloni supports the conservative governments in Poland and Hungary in their challenge for the rule of law before the European Court of Justice.

“Italian voters are less interested in European or foreign policy,” says Lutz Klinkhammer from the German Historical Institute in Rome, adding that: “The election campaign revolved mainly around income and measures to support the population in the midst of an energy crisis . The fear of a possible slide into poverty is widespread. Sunday’s election is a protest election, as we have had several times in Italy in the last decade, with the only difference that now the hopes are placed on a leader of the extreme right and not of the left.”

Energy prices, inflation and the impact of the pandemic were dominant issues in the election campaign and political debates on television. Right and left parties promise higher spending on social policy. At the same time, however, Georgia Meloni appears reticent about resorting to new borrowing. All parties want to benefit from the 200 billion euros that Italy will receive in the coming years from the Recovery Fund in the form of grants or low-interest loans to deal with the effects of the pandemic. And for this reason alone, no new Italian government will want to clash head-on with the EU, says the German expert.

Lotenzo Di Sio, professor of political science at Rome’s LUISS University, says in an interview with DW that a Meloni government will seek to project Italian positions in Brussels in a tough way. “You can take it for granted, but the basic coordinates of Italian foreign policy and Italian politics in relation to Europe are unlikely to change.”

The “Brothers of Italy” lead the polls

In the opinion polls of the last weeks, Giorgia Meloni is steadily ahead of the Social Democrats, who are in second place. The “Brothers of Italy” may secure 25% of the vote, while the socialist “Partito Democratico” around 22%. If Meloni’s ultraconservative party seeks a coalition government with the two other populist parties, Lega and Forza Italia, it would secure a comfortable majority in both houses of the Italian parliament. The “Lega” of former interior minister Matteo Salvini is in the polls at 13%, while the “Forza Italia” of former prime minister Silvio Berlusconi is around 7%. It should be noted that Italian electoral law gives the coalition of parties securing a relative majority an absolute majority of seats in parliament.

It remains to be seen how long a government led by Giorgia Meloni, who would be Italy’s first female prime minister, would last in power. A right-wing coalition ruled Italy already in 2001. But then the head of the strongest right-wing faction and prime minister was Silvio Berlusconi.

For the German expert Lutz Klinkhammer, post-fascists and far-rights are nothing new in Italian politics: “The presence of post-fascists has been strong in various governments since 2001. From this point of view, I do not see what significant qualitative difference a new government under Georgia Meloni’.