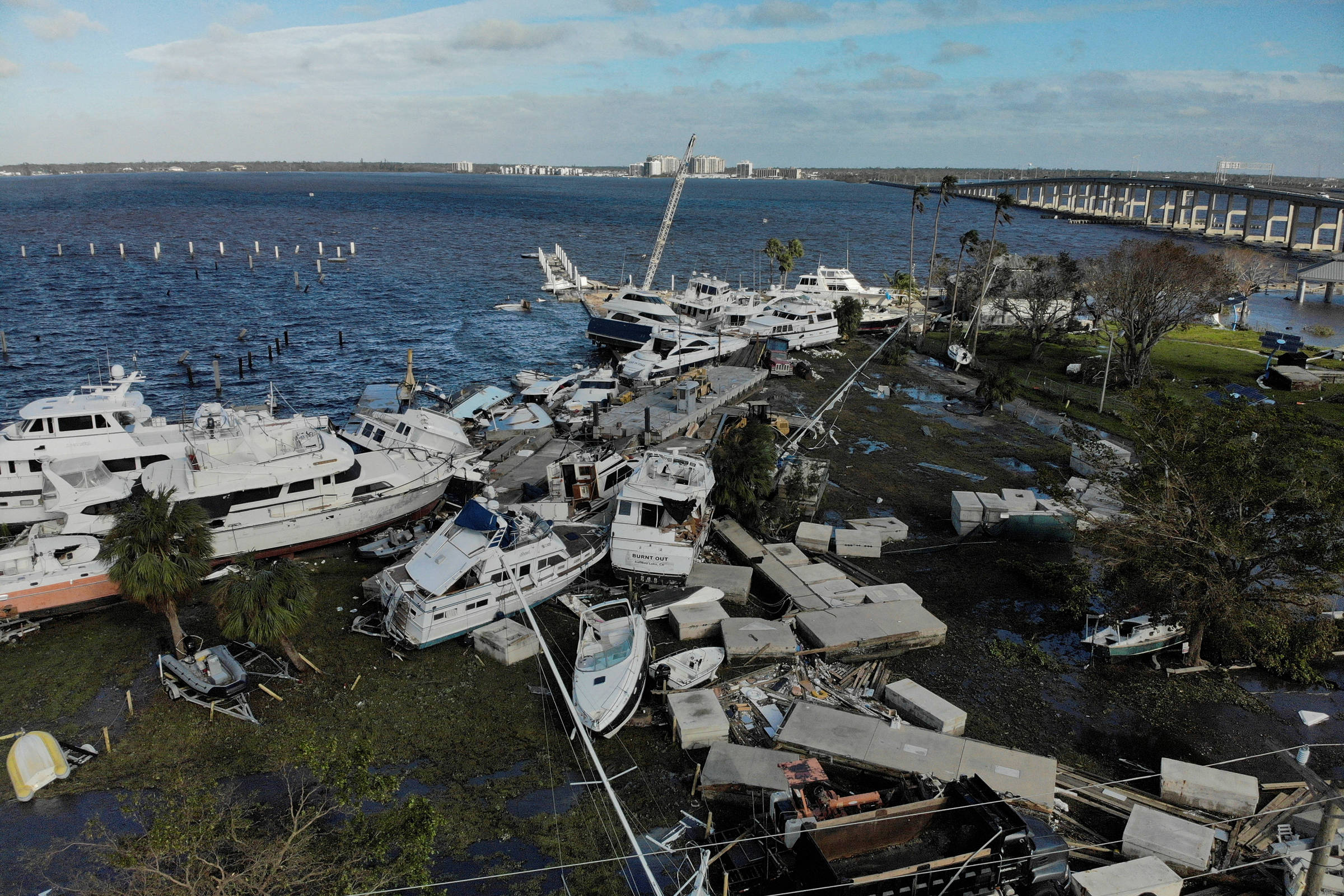 Hurricane Ian wreaks havoc in Florida and weakens, but will intensify again

After weakening overnight and being downgraded to a tropical storm, Ian, one of the biggest weather events in the US in recent years, will again intensify and reach the category of hurricane this Thursday (29), according to the National Hurricane Center.

The most critical regions are concentrated in the states of Florida, Georgia, South Carolina and North Carolina, according to information from the American Weather Services. Damage from the tropical storm so far is assessed as historic, and experts warn of life-threatening catastrophic flooding.

In Florida, Governor Ron DeSantis said at least two people had died, but said it was not yet known whether there was a direct link to the weather event. “We’ve never seen floods like this,” the Republican told a news conference. “It’s an event that occurs once every 500 years.”

Shortly afterward, authorities in Volusia County confirmed the death of a 74-year-old man who had gone out during the storm to try to drain his home’s swimming pool, according to the BBC. The winds, according to the hurricane center, reached about 110 km/h.

“We are witnessing a storm that has changed the profile of a significant part of our state,” DeSantis said. The governor predicts that local reconstruction could take years. At least 28 helicopters are carrying out air rescues of people in flooded areas, and hospitals have been emptied.

Areas like Cape Coral and Fort Myres, cities that have been flooded, are devastated, he said. Images captured by journalists and netizens and shared on social media show water invading residential streets of Fort Myres accompanied by strong winds.

As of Thursday morning, more than 2.6 million Florida homes and businesses were without power, according to PowerOutage.

Combined with strong winds, the rain caused thousands of people to stay indoors to protect themselves. In the small seaside town of Punta Gorda, some residents bucked recommendations to leave for fear of what they would find on the street.

Joe Ketcham, 70, was one of them. “The wind was constantly blowing over our heads; we could hear the metal hitting the buildings; it was dark, and we didn’t know what was going on outside,” he told the AFP news agency.

Lisamarie Pierro, also from Punta Gorda, reported being relieved to still have her house standing. “It was very time-consuming and intense,” she said. “Suddenly it would stop; then it would all come back again.”

US President Joe Biden has declared Ian’s trip to Florida a national disaster, a classification that allows federal aid to be sent to the state to help with recovery efforts.

According to the White House, the head of the Federal Emergency Management Agency, Deanne Criswell, will be sent to the state on Friday (30) to monitor the situation.

Ian’s intensity has also caused Orlando theme parks, such as Disney’s, to be closed as a precaution. Also in the city, the scene of a reporter from the local channel Wesh rescuing a woman inside a car in a flooded area drew attention.

Tony Atkins reported to local channels that he saw a hand signaling a cry for help out the window of the vehicle, where a nurse was trying to get to work. “I looked around for rescuers, but there was no one, and everything was very dark.”

Facebook
Twitter
Pinterest
WhatsApp
Previous article
Biden: “Ian may be the deadliest hurricane in the history of Florida” – Alert for a second “hit” in South Carolina
Next article
More Brazilians plan to shop on Black Friday, says Google survey