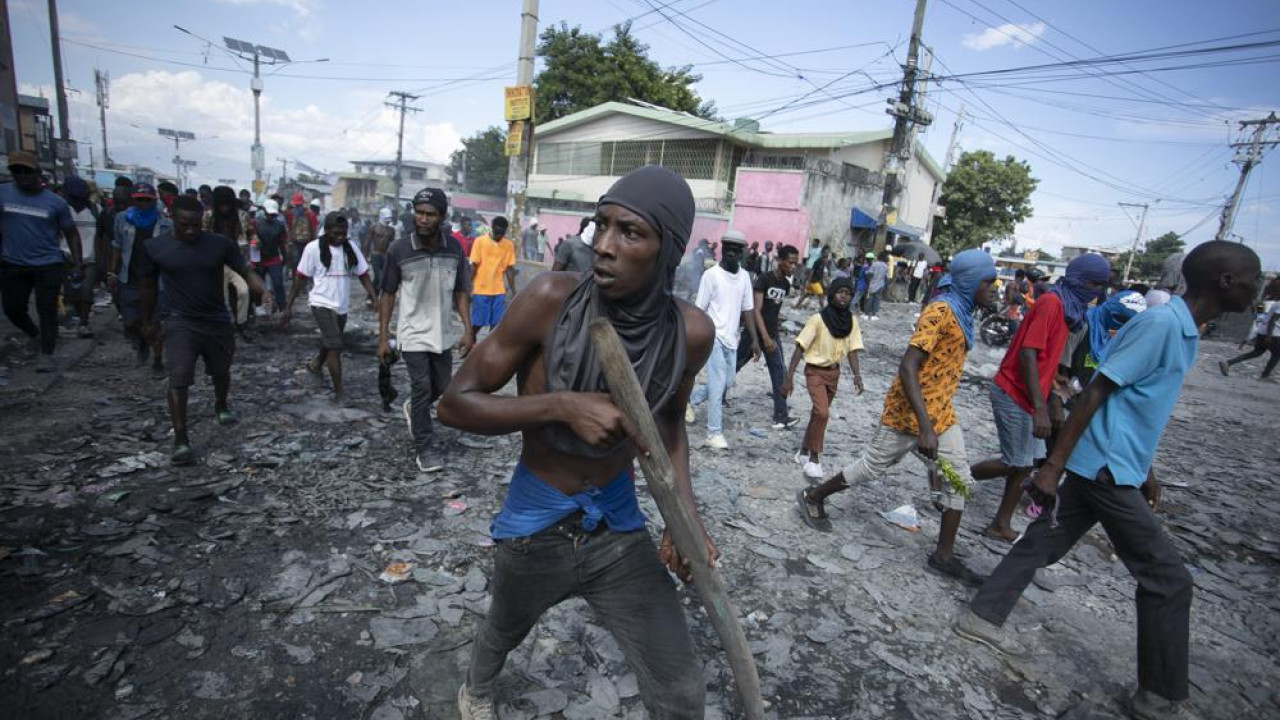 Last week, the Haitian government announced that it would request the deployment of an international force, amid the crisis caused by the blockade of the country’s main oil terminal, the port of Varo, by criminal gangs.

Three years after the departure of the police force that replaced the UN peacekeepers who left in 2017, the Secretary-General of the United Nations, Antonio Guterres, recommended on Sunday that the international community should deploy a rapid reaction force in Haiti to support the government of Prime Minister Ariel Henri, who asked for help last week to tackle heavily armed gangs.

“The Secretary-General urges the international community, including member states of the (UN) Security Council, to urgently consider the request of the Haitian government to deploy a special international armed force immediately in order to address the humanitarian crisis” in the poorest state of the Western Hemisphere , says a press release issued by Stephane Dujarric, Mr. Guterres’ spokesman.

Last week, the Haitian government announced that it would request the deployment of an international force, amid the crisis caused by the blockade of the country’s main oil terminal, the port of Varo, by criminal gangs.

The blockade has paralyzed activity, forced transport, many businesses and hospitals to suspend operations. The blockade is also causing shortages of bottled water — as Haiti grapples with a new cholera outbreak — and other essentials.

In his announcement and in a letter to SA members seen by Reuters, Mr Guterres explained that the mission of the potential rapid reaction force would be “to support” the Haitian police, particularly in its metropolitan area. capital Port-au-Prince, as well as to “guarantee the free transport of water, fuel, food and medical goods from key ports and airports to communities and health facilities”.

To this end, the force will be called upon to support the efforts of the Haitian police “to eliminate the threat posed by armed gangs” and to guarantee the guarding of “critical infrastructure and services”, he adds.

Still according to Mr Guterres, a country would need to take command of the rapid response force, which would be able to “phase out” as police regain “control of critical infrastructure targeted by gangs” and begin “to generally restore the safety and freedom of movement” of persons and goods.

Mr. Guterres, remarkably, does not speak of a deployment of UN force.

It also refers to a mission with a “medium-term” mandate.

In July, the Security Council asked the Secretary-General to consult with Haiti, other Latin American and Caribbean countries and regional organizations to consider “options” for providing “security support” to the country so that Haitian police to be able to deal with the gangs, and to inform it of the results of its contacts by October 15.

The UN Security Council also threatened at the time to consider imposing targeted sanctions against leading gang members and/or those responsible for human rights abuses and called on member states to stop the flow of arms into the country.

The situation in Haiti has not stopped deteriorating, more than a year after the assassination of President Jovenel Moise by a group of mercenaries.