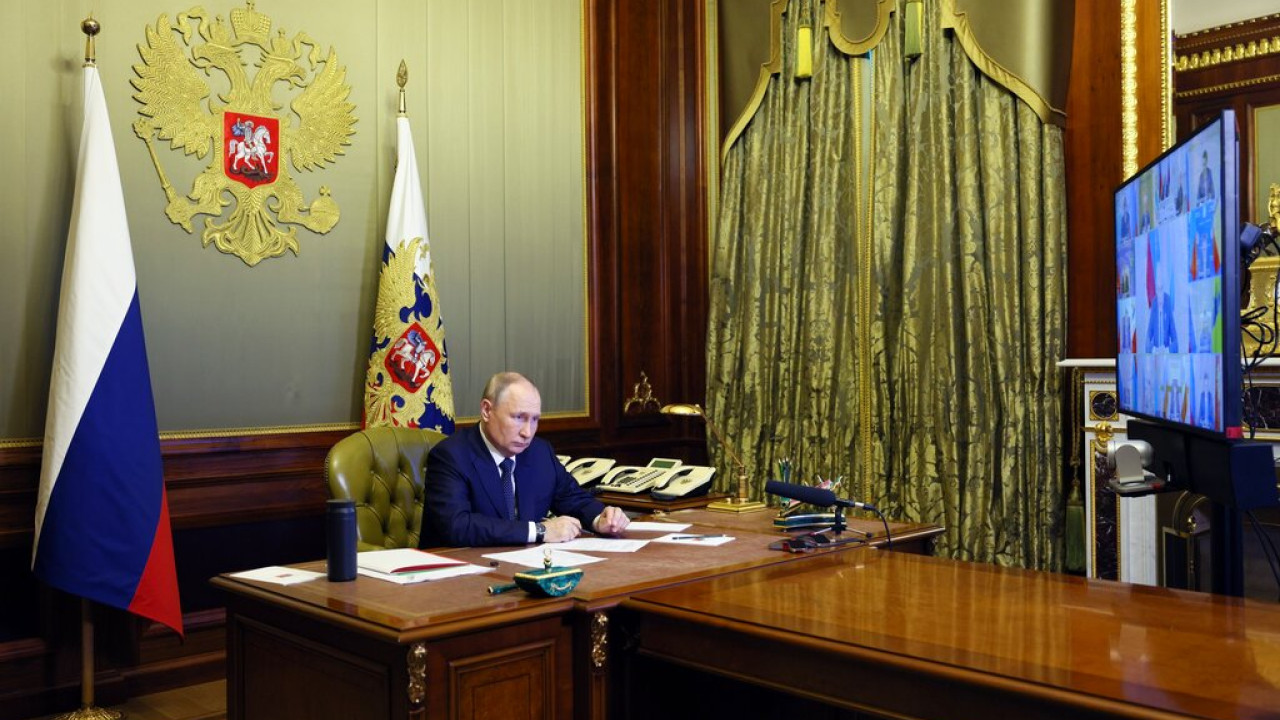 “In the event of a new attempt to carry out terrorist acts on our territory, Russia’s response will be harsh,” said the Russian president – As part of the special military operation, the strikes in Kyiv, Peskov said.

Vladimir Putin launched fresh accusations against Ukraine over the attack on the Kerch bridge in Crimea, saying it was “terrorist act».

The Russian president went on to claim that Ukraine “tried to blow up” the TurkStream gas pipeline.

He went on to warn: “If the attacks against Russia continue, the response will be harsh.

“The responses will be of the same scale as the threats to Russia. In the event of a further attempt to carry out terrorist acts on our territory, Russia’s response will be harsh.”

Mr Putin was speaking at a meeting of the Security Council this morning.

He admitted that “long-range missiles” had targeted Ukraine’s military power and communications facilities in a coordinated attack.

Kremlin: In the context of the special military operation, today’s strikes

Meanwhile, the Kremlin announced that the explosions that shook Kyiv today are part of Russia’s “special military operation” in Ukraine.

Dmitry Peskov declined to comment on whether today’s shelling in Ukraine was in retaliation for Saturday’s partial destruction of the Crimean bridge.

“All this is done in the context of the special military operation, for the answers we should turn to the Ministry of Defense,” said Peskov, adding then that “the basic steps (…) cannot be carried out without referring to the head “, Russian President Vladimir Putin.

Kyiv and several other Ukrainian cities are without electricity or water after Russia bombarded dozens of cities across the country with rockets this morning, in an attack believed to be in retaliation for Saturday’s explosion of a main bridge that connects the Moscow-annexed Ukrainian peninsula of Crimea to Russia.