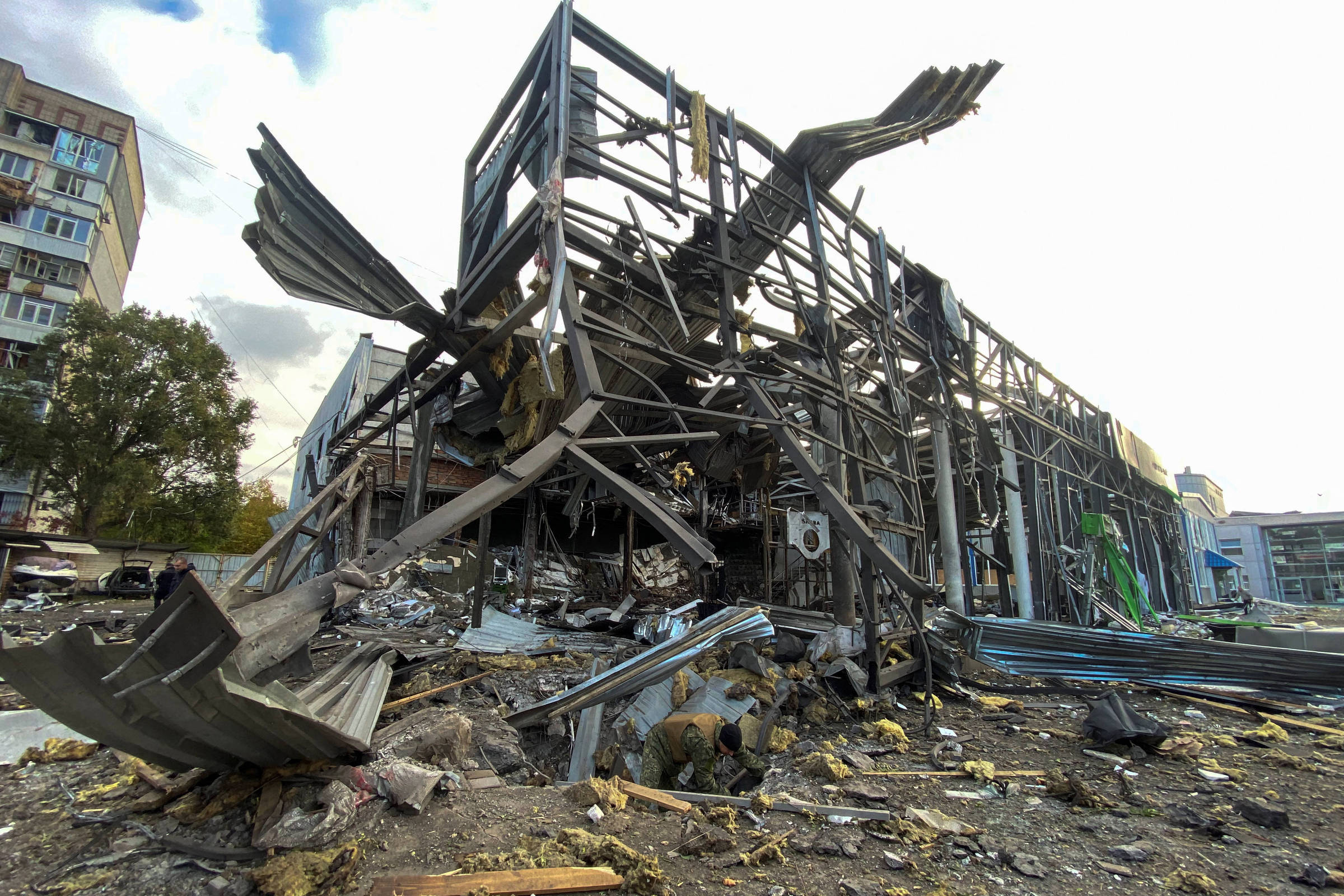 Russia continued to target Ukraine’s energy infrastructure on Tuesday, albeit with less intensity and apparent use of less sophisticated weaponry after yesterday’s massive attack, when more than 80 missiles were fired at cities across the country.

While tightening the tourniquet with more destructive tactics, Moscow also wanted to demonstrate openness. Chancellor Sergei Lavrov told state TV that President Vladimir Putin could meet American Joe Biden at the G20 meeting in Indonesia in November, if Washington made the invitation.

Given the degree of animosity between the countries, such a summit would be a huge political victory for Putin, who tends to manipulate these meetings well, as he did with Biden in Geneva last year, so it seems far from reality.

In Ukraine, the attacks continue. In Lviv, the third largest urban center and main city in western Ukraine, power that had been restored in the early hours of the morning fell again after cruise missiles hit an electrical station.

There were three explosions. “As a result, 30% of Lviv is without electricity,” the local mayor, Andrii Sadovii, said on his Telegram account. The city, along the border of NATO member Poland, is considered one of the safest points in the country after the war focused on the east and south.

But the action in Lviv appears to have been an exception, in terms of accuracy, not least because of its distance from firing points — ships in the Black Sea and bombers in Russian airspace. In Vinnitsia, a little further south of the city, a thermal power plant was hit by two Shahed-136 kamikaze drones, made in Iran.

They are far less sophisticated weapons and much cheaper than a Kalibr cruise missile, for example: a drone costs around $20,000, while a missile costs $6.5 million. A Kh-101 cruiser model, $13 million. And the effect, although with greater risk for civilians due to low accuracy, could be similar.

Another point is availability, which is also a problem for Westerners who arm Kiev. Satellite-guided models, which follow the terrain at low altitude, rely on more advanced chips in their systems — and the embargo on Russian industry as a whole since February makes things difficult.

Ukraine said the Russians had fired 3,500 missiles of various types through August, which is unverifiable, and Western analysts say up to 70% of their stockpile of those sophisticated ones was used. It’s a guess, but the more intensive use of drones can at the very least indicate the need to save resources.

Another sign of this was, as early as last month, the displacement of older S-300 anti-aircraft batteries from regions like St. Petersburg to the unusual use of quasi-ballistic missile launchers to hit targets on the ground.

This has already been tested in Syria by the Russians and in an exercise with Belarus last year. Assuming the use of the most obsolete missiles from the old Soviet arsenal, of which there is a large stock, the estimated cost is low, in the tens or hundreds of thousands of dollars.

According to the prefecture of Zaporijia, the capital of the homonymous province that was one of four annexed by Putin on the 30th of last month, but which was never conquered, 12 missiles of the type fell on the city this Tuesday morning (dawn in Brazil).

Be that as it may, the war is evolving into a new phase, the sustainability of which is debatable. Russian military bloggers speculate that the attacks are more than a political response to hard-line pressure following Moscow’s recent defeats and, more importantly, the symbolic attack on the bridge linking the country to Crimea, annexed in 2014 and at the center of the conflict. with Kiev.

According to them, Russia may be trying to buy time to rearrange its forces with the mobilization of up to 300,000 reservists decreed two weeks ago by Vladimir Putin. No one knows how long the troops will be able to make a difference in the field, and if they will, but it’s a gamble.

Be that as it may, the tactical change is being attributed to the appointment of Sergei Surovikin as the unified commander of operations in Ukraine. The post had never been officially recognized, bringing all the criticism for the mishandling of the war directly to the table of Minister Seguii Choigu (Defense) and Putin.

Suroviki, “General Armageddon” as he is dubbed in the British media, is seen as an effective but brutal field commander – his actions in the second Chechen war and Syria were notorious.

But those same military bloggers question whether he was a scarecrow put up to scare the West, which has been discussing the risk of Russia’s use of low-powered nuclear weapons, while also pleasing hardliners.

Time and objective conditions will tell. For now, the reorientation is clear, with Russian state media openly talking about destroying its neighbor’s civilian infrastructure — once the speech was sweetened with military objectives, but that’s all: the sector ministry in Kiev counts 4,000 such targets destroyed in the war. since February.

There were new convictions. “Some of the attacks appear to target critical civilian infrastructure, indicating that they may have violated the principles of conduct of hostilities under international humanitarian law,” said UN High Commissioner for Human Rights spokeswoman Ravina Shamdasani, passing by. close to pointing out war crimes.