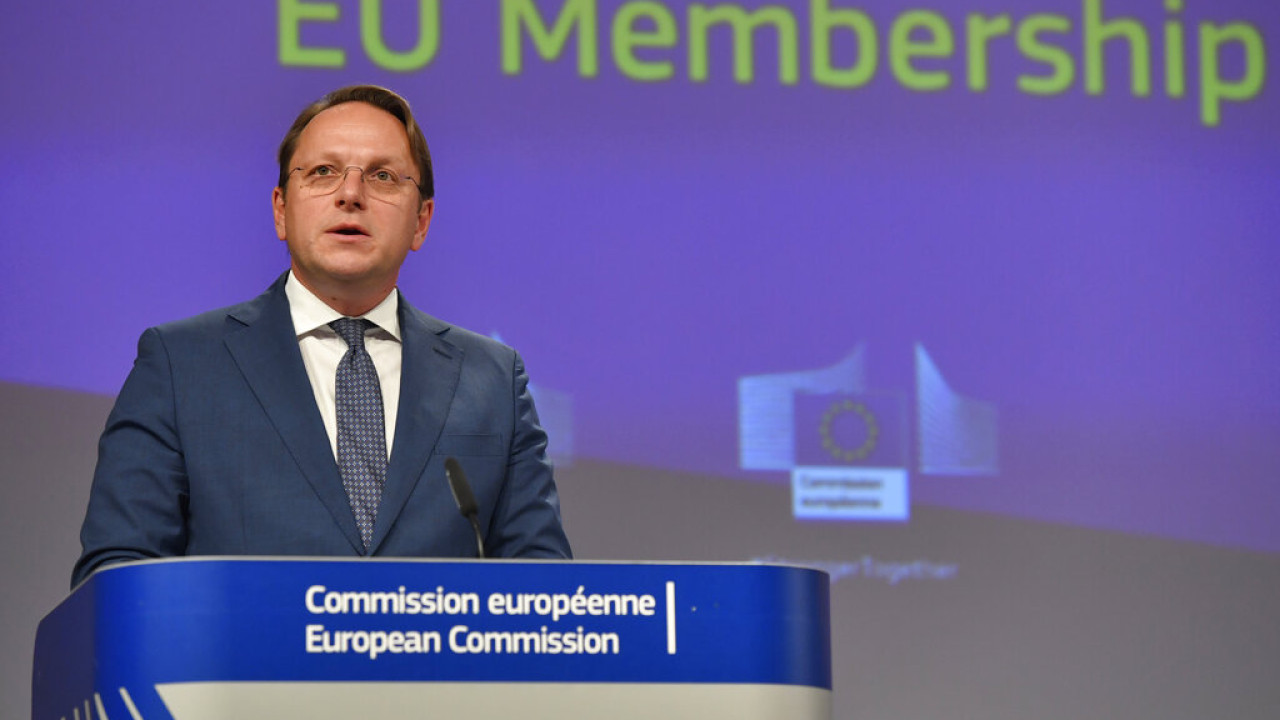 Enlargement and Neighborhood Commissioner: Turkey must respect the sovereignty and territorial integrity of all member states

“The European Council expects Turkey to fully respect international law, to de-escalate tensions in the interest of regional stability in the Eastern Mediterranean, to promote good-neighborly relations in a sustainable way,” said Enlargement and Neighborhood Commissioner Oliver Barrel.

THE Turkey he must respect her sovereignty and territorial integrity all of EU member states emphasized the Commissioner for Enlargement and Neighbourhood, Oliver Varelli, speaking to the European Parliament on Commission report for enlargement.

“Despite the EU’s offer of constructive engagement with Turkey, tensions with some member states rose again in 2022. In June 2022, the European Council expressed deep concern over recent repeated actions and statements by Turkey. He reiterated that Turkey must respect the sovereignty and territorial integrity of all member states and emphasized that the European Council expects Turkey to fully respect international law, de-escalate tensions in the interest of regional stability in the Eastern Mediterranean, to promote good neighborly relations in a sustainable way” emphasized Mr. Vareli.

At the same time, he added that “Turkey’s foreign policy continued to be at odds with EU priorities mainly due to its interventions and support for military actions in regional conflicts and its non-alignment with the restrictive measures against Russia and the strengthening of economic and trade relations with Russia”.

The responsible Commissioner noted that “on the other hand, the Commission’s assessment also confirmed that Turkey remains a key partner for the EU and a candidate country for accession. The EU continues to have a strategic interest in a stable and secure environment in the Eastern Mediterranean and in developing a cooperative and mutually beneficial relationship with Turkey.”

Oliver Varelli underlined that according to the Commission’s report, the accession negotiations with Turkey remain deadlocked and that Ankara has not reversed the negative climate regarding its relations with the EU, while continuing the regression in key areas, the fundamental rights, the rule of law, the independence of the judicial system. Finally, he said that overall EU-Turkey relations remain “complex”.

Report-EU’s “hole” for Turkey: The gap is widening – No progress, threatens Greece and Cyprus

Threats against Greece and Cyprus, no progress on the issues of democracy and rights that have been highlighted… “Kolafo” for Turkey is the text of the latest report compiled by European Union for her progress Turkey in the context of the accession negotiations.

According to Kathimerini, the text mentions a clear deterioration in Ankara’s relationship with Brussels, as well as threats against Greece and Cyprus, with increasingly aggressive rhetoric and actions that lead in the opposite direction.

“It has a strategic interest in developing a cooperative and mutually beneficial relationship with Turkey,” the Report says, and calls again to avoid any threat that could damage good-neighborly relations.

Among other things it mentions: “After some positive developments in 2021, relations with the E.U. worsened in the first half of 2022, due to repeated violations of Greek airspace by Turkish fighters in the Aegean and threatening Turkish statements regarding the sovereignty of the Greek islands and against Cyprus. In addition, Turkey continued to conduct military exercises in Cyprus’ maritime zones and Turkish warships illegally obstructed research activities in Cyprus Exclusive Economic Zone (EEZ). Despite international condemnation, Turkey continued with its plan to open the closed Varossia region. The tensions in the Aegean and the Eastern Mediterranean were not conducive to good neighborly relations and undermined regional stability and security”.

He adds that “the EU, most recently in June 2022 European Councilhas repeatedly urged Turkey to avoid any kind of threat, create any source of friction or take any action that harms good neighborly relations and the peaceful resolution of disputes.”.

The report notes very serious objections to the internal situation in Turkey. It is noted, among other things, that in recent years “the Turkish government has not reversed the negative trend in relation to reforms, despite its repeated commitment to EU membership”.

“The EU’s serious concerns about the continued deterioration of democracy, the rule of law, fundamental rights and the independence of the judiciary have not been addressed. There was further regression in many areas. Concerns about economic governance and the proper functioning of the market economy have increased”is emphasized.