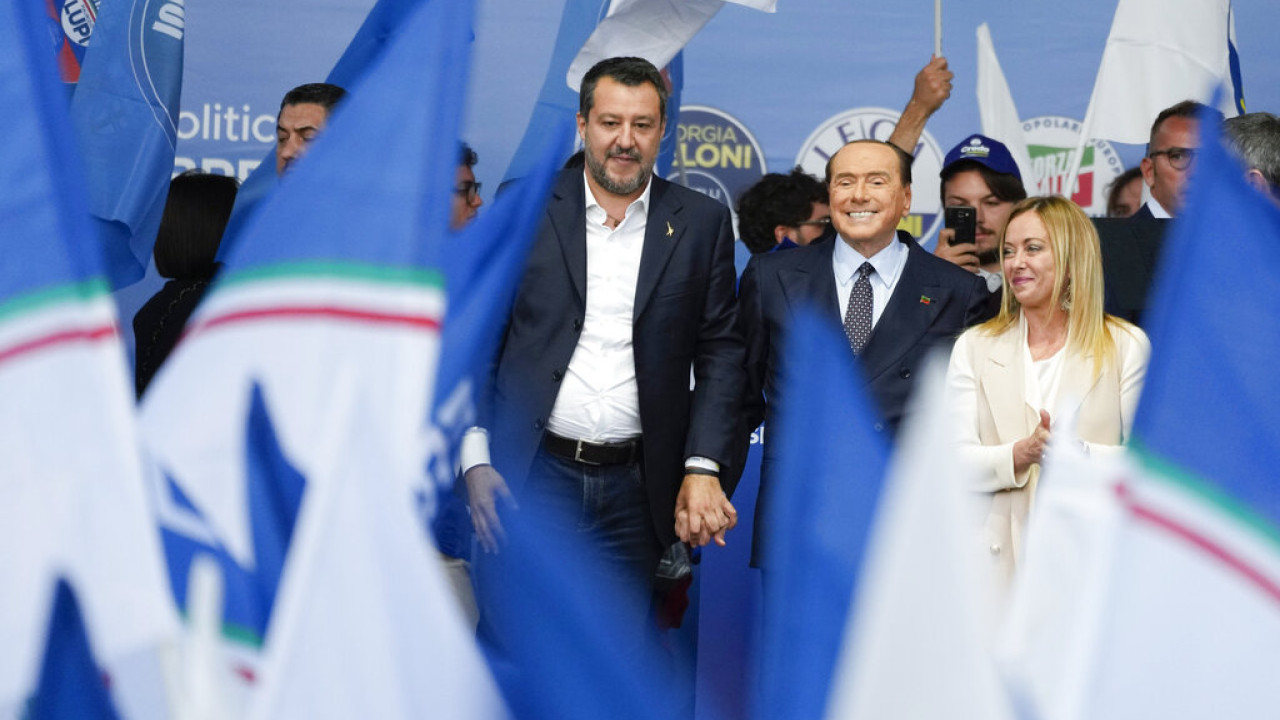 Italy: The predictions for the composition of the new government

Berlusconi’s Forza Italia is expected to secure five ministries. As for the League, until now its secretary Matteo Salvini is expected to take over as Minister of Infrastructure and Deputy Prime Minister.

After today’s meeting between Silvio Berlusconi and Giorgia Meloni, the Italian media are reporting extensively on the persons who may form the new government.

As for the League, until now its secretary Matteo Salvini is expected to take over as Minister of Infrastructure and Deputy Prime Minister. At the same time, the League is likely to “win the battle” for the Ministry of Agriculture (with its current deputy minister, Gianmarco Cetinaio), the Ministry of Regional Affairs with the well-known party official Roberto Calderoli, the Ministry of the Interior with prefect Matteo Piadendozzi (former in charge of Salvini’s private office). The Minister of Education or responsible for “family matters” is also expected to come from the League, while Giancarlo Giorgetti, who maintains a strong pro-European profile, is being mentioned for the crucial Finance Ministry.

As for Meloni’s party, Brothers of Italy, it is considered possible that Adolfo Urso (Ministry of Defense), former judge Carlo Nordio (Ministry of Justice), the party’s co-founder, Guido Crosetto (Ministry of Development) and Raffaele Fito (Ministry of European Affairs). Giorgia Meloni, according to the newspaper La Stampa, wants to take with her as deputy minister despite the presidency of the government, her trusted partner, Giovanbattista Fatsolari, while as far as the Ministry of Health is concerned, it has not yet been decided whether her candidate will prevail Forza Italia or Brothers of Italy.

The inauguration of the government is likely to take place on Monday, October 24. Until the presentation of Meloni’s list of ministers to the President of the Republic Sergio Mattarella (possibly over the weekend) there may be a series of changes, with exclusions, “fixes” and last-minute replacements.