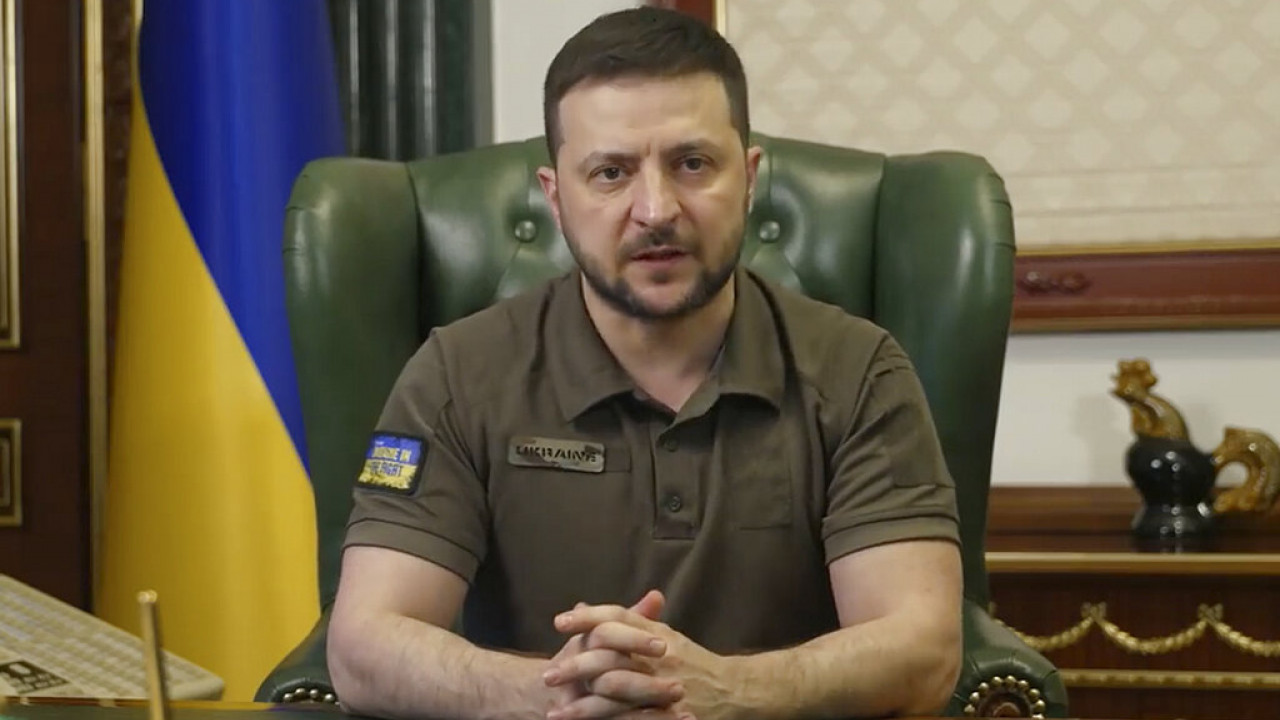 Zelensky: Appeal to the West for more anti-aircraft defense systems

In his speech, he denounced that the attacks carried out in the last 24 hours were by drones of Iranian origin, while he criticized his Russian counterpart for the fact that a pregnant woman was among the victims.

Following Russia’s new airstrikes in Kyiv and other areas of his country, Ukrainian President Volodymyr Zelensky, in his speech last night, asked the international community to supply its armed forces with more anti-aircraft defense systems.

“The world can and must stop this terrorism. When we talk about Ukraine’s need for air and missile defense, we are talking about real lives being taken by terrorists,” he said.

“This is not only in the interest of Ukraine. The smaller Russia’s terrorist capabilities are, the faster the war will end,” he concluded.

At least eight people were killed in yesterday’s strikes, four in Kyiv, among them a young couple expecting their first child, the Ukrainian head of state summed up. Russian President “Vladimir Putin can record yet another ‘achievement’: he killed another pregnant woman,” added Mr. Zelensky.