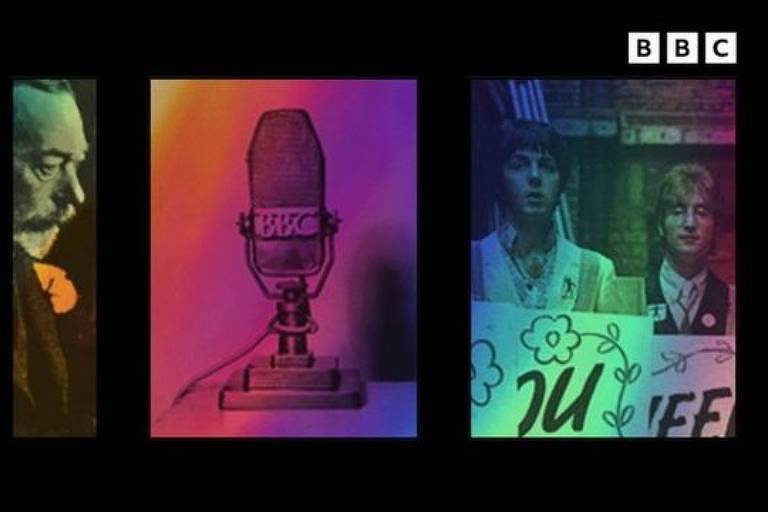 The British Broadcasting Corporation (BBC) is celebrating its 100th anniversary this Tuesday (18th).

The broadcaster – today the largest in the world by number of employees – was officially formed on October 18, 1922, in London and, since then, has been helping to write the history of the world.

On its centenary day, check out below a retrospective of the oldest public broadcaster in the world.

After the closure of several amateur stations, the BBC started its first daily radio service on 14 November 1922 in London.

The newsletter and weather forecast were read in English by Arthur Burrows, Program Director. Burrows read the bulletin twice, once fast and then slowly, so listeners could take notes if they wanted to.

2. The Beginning of World Service

On December 19, 1932, King George the 5th delivered his royal Christmas message to the United Kingdom and other parts of the world.

In the shortwave broadcast aimed primarily at English speakers across the British Empire, he characterized the World Service as intended for “men and women, so isolated by snow, desert, or sea, that only voices in the air can reach.” them”.

It was the beginning of the BBC Empire Service (the current BBC World Service).

The BBC World Service is now the largest broadcaster in the world in terms of area, language and audience reach. It broadcasts in over 40 languages ​​through online services, social media, TV and radio. Among these services is BBC News Brasil.

Commercially available microphones were expensive in the 1930s, so the BBC worked with the Marconi company to develop their own model.

In 1934, the Type A microphone revolutionized broadcasting.

It has been developed and refined over the years and has come to be known as the classic BBC microphone, as seen in numerous dramas and films.

Famous broadcaster Ahmad Kamal Sourour Effendi was recruited from Egyptian radio to lend his voice to the newly created service.

More language services were created in the following decades, with radio and TV programming. This was the case of the service in Brazilian Portuguese, launched in 1938.

BBC Online (the internet news site) was born much later, in 1997 — and language services also launched their electronic versions. The introduction of social media ended up popularizing and consolidating the BBC brand across the world.

Today, the BBC World Service is shifting its focus to digital content.

It has, therefore, been producing impartial and highly relevant journalistic content for the Brazilian public for more than 80 years.

“Mr. Hitler entered Vienna tonight,” said presenter Manuel Braune, the Aimberê, inaugurating the BBC news for Brazil, broadcast at the time only on radio, on shortwave.

When it was created, the BBC service in Portuguese was just a small part of the team of half a dozen journalists responsible for the programs sent throughout Latin America. The rest of the team produced news in Spanish.

A native of Jamaica, Una was an experienced journalist when she started working at the BBC in 1939.

Her first role was as an assistant at the Alexandra Palace television studios, but she joined the BBC full-time in March 1941 as a program assistant in the “Programs of the Empire” department.

Her interest in poetry helped her develop Caribbean Voices, a weekly show within the Calling the West Indies series.

7. The end of the Second World War

On May 1, 1945, the BBC announced the suicide of Adolf Hitler. At 7pm, the following night’s programs were interrupted with news that the Germans had surrendered in Italy. On 4 May, they also surrendered in Denmark, and the conflict was all but over.

But for a few days no one was sure about that. On Monday, May 7, crowds gathered outside Buckingham Palace, but the news the nation had been waiting for five years had not yet arrived. In fact, the British expected Russian and American confirmation that the Nazis had been defeated.

At 6 pm, the BBC informed stunned listeners that Prime Minister Winston Churchill would not speak that night — but at 7:40 pm the programs were interrupted to broadcast the news that the next day would be Victory in Europe Day.

The war in Europe was really over. Churchill’s statement was sent to the Empire the next day, but many were too excited to hear it. Everyone was celebrating in the streets.

The BBC launched special programming for ten days and the Broadcasting House, the station’s headquarters, was lit for the first time since 1937.

Before going on the air, satellite television connected only a few countries bilaterally and mostly for experimental purposes, for example the BBC was the first broadcaster in the world to provide a regular high definition television service” in 1936.

But “Our World” was different and tried to reveal, live on television, a country from each continent in a fun way — connecting the globe for the first time by satellite.

As part of the British contribution to the show, the Beatles performed the now famous song “All You Need Is Love”. A 45 rpm vinyl of this performance was later released and the song was an instant hit.

That show would spark future unforgettable television events that also connected the world, including Live Aid in 1985.

The rock music concert at various venues was organized by Bob Geldof and Midge Ure to raise funds for famine relief in Ethiopia.

The BBC was at the center of its success as it was one of the biggest satellite and television broadcasts of all time, with around 400 million viewers, in 60 countries, watching the broadcast live.

On 7 September 1978, Georgi Markov, a BBC World Service journalist, was on his way to work at the BBC at Bush House in London when he was hit in the back of the leg by a mysterious man wielding an umbrella, who then fled.

Later, Markov became seriously ill and was admitted to the hospital, where he told staff that he was convinced he had been poisoned by the Bulgarian Secret Service and the KGB.

The nature of the assassination and its open criticism of the communist regime in Bulgaria signaled that the Soviet KGB or Bulgarian secret services were suspected of involvement. Secret police files at the time identified his killer as an agent codenamed “Piccadilly”.

However, no one was brought to justice for the murder.

10. David Attenborough and his documentaries

British broadcaster and naturalist David Attenborough is world-renowned for his eight-decade-long BBC wildlife documentaries, as well as his iconic voice.

His famous shows like “Blue Planet” (blue planet), “Life Collection” (life collection) and “Natural World” were watched by millions and helped him win many awards, including Emmys and BAFTAs.

Attenborough began presenting on the BBC in the 1960s and became senior manager of the corporation, serving as controller of BBC Two and director of programming for BBC Television.

His work to educate people about climate change contributed to his being named “Defender of the Earth” in 2021 by the United Nations Environment Program.

Attenborough’s latest five-part BBC series —”The Green Planet” (green planet)—accompanies him as he travels from the rainforests of the tropics to the deserts of the frozen north, to explore the ways in which plants cope with very different and sometimes extreme environments.