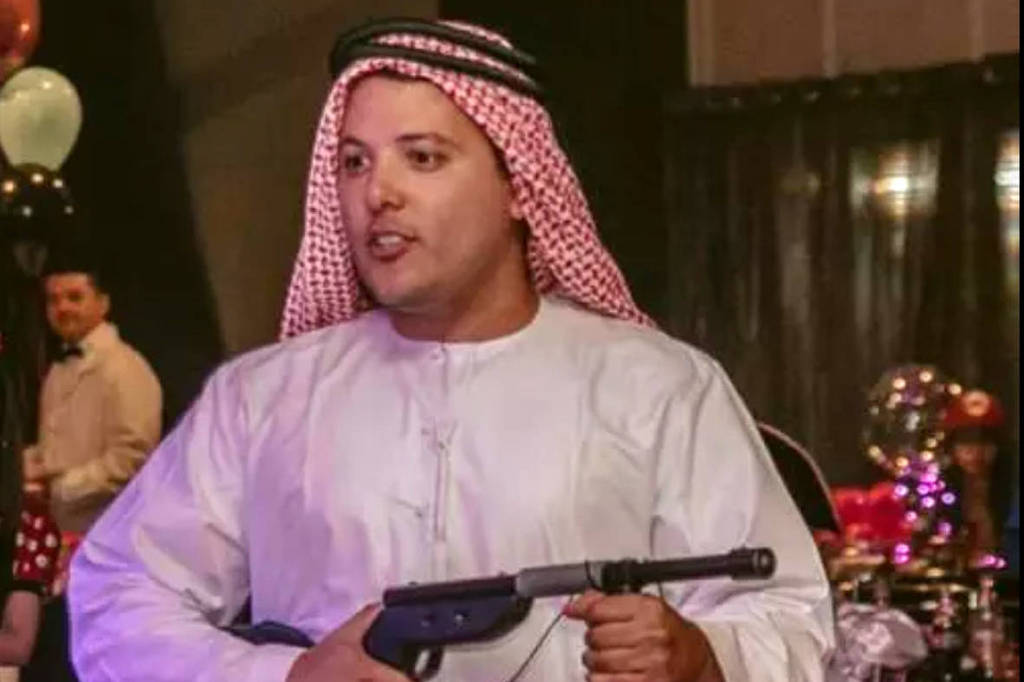 A group of investors injured by the Bitcoin rental company Rental Coins asked the Paraná Court for access to assets seized by the Federal Police in properties linked to businessman Francisley Valdevino da Silva, the Sheik of Bitcoins, up to the equivalent of R$1. .5 billion.

The businessman owns Rental Coins and a hundred other companies that have moved around R$4 billion since 2018 and that are accused of having carried out scams involving cryptocurrencies in Brazil and abroad. Among the famous victims are Sasha Meneghel, daughter of television presenter Xuxa, and her husband, gospel singer João Figueiredo.

Singer Wesley Safadão also made investments through Rental Coins and, according to his advice, was another victim of the company’s promises.

The negotiation was carried out between ITX Administradora de Bens – one of the 100 companies in the group led by the Sheik dos Bitcoins – and WS Shows, which manages Safadão’s career. To compensate for a possible loss with the deal, the singer asked to buy an aircraft from ITX, assuming the installments that were still missing.

On Sunday (16), the group of investors represented by IPGE (Institute for the Protection and Management of Entrepreneurship) asked the Paraná Court to include the aircraft among the ITX assets that must be seized (a type of preventive blocking of an asset for debt payment).

In the public civil action filed at the end of September, the group, which has about a hundred investors, asks the Judiciary to immediately suspend the activities of all companies linked to the scheme and carry out the lifting and blocking of all assets and values ​​located on behalf of the sheikh and his associates.

Representatives of Francis da Silva say they have not yet been notified of the action, but will present a defense.

Lawyer Jorge Calazans, who represents the investors, says the aircraft did not appear on the list of assets seized by the Federal Police. The group was aware that an aircraft had already been seized in another lawsuit in progress in the Justice of Paraná, but did not have the details of the asset, obtained this weekend.

According to the aircraft registration with Anac (National Civil Aviation Agency), the 2018 Cessna C-680 belongs to ITX and is being operated by WS Shows Ltd. In the record, there is an encumbrance of “transfer arrest/block”.

The advice of WS Shows and Wesley Safadão says that the arrest warrant was issued while the procedures for transferring ownership of the plane were going on. The company appealed the lawsuit in the Paraná Court and obtained a provisional decision to maintain ownership and operation of the aircraft.

The purchase of the plane is still in progress – in the agreement with Rental, part of the amount was debited from the credit balance of WS and the rest through a financing with Banco do Brasil.

“Wesley is as much a victim as the others who fell for the coup. He also believed in the promises. The difference is that he had good legal advice involved, who quickly and promptly filed the purchase order for the aircraft in an attempt to recover some part of the loss”, says the company, in a note. “He IS as much a creditor as the rest.”

Investors asked the Justice to survey assets pledged or seized in two other processes in progress in the Justice of Paraná. In an operation carried out on October 6, the Federal Police seized gold bars, branded watches, luxury cars and cash in real estate in six cities, in 20 search and seizure warrants.

Calazans says that the central point of this process is the request to use what was seized by the Federal Police recently to compensate the victims.

Until the filing of the action, just over one hundred associates were qualified, but the request to the Justice provides that all victims are compensated and benefit from a possible favorable sentence. Of the approximately 30,000 investors who have contracted with Rental Coins, Calazans estimates that around 20,000 have suffered losses. The PF estimates that there are 15,000 victims.

In all, investors ask for the blocking of assets and values ​​of 21 companies and individuals. There are also six fintechs and 12 exchanges (retail brokerages) listed in the process.

According to the lawsuit filed by IPGE, two other inquiries are in Santo André (ABC São Paulo) and in Sorocaba (SP). Rental Coins is the target of more than 300 lawsuits in progress in Paraná, São Paulo and Rio de Janeiro.

How bitcoin renting that ended in a scam worked

According to the Federal Police, the group led by Francis da Silva deceived investors with the promise of high returns, between 13.5% and 20% per month, from the rent of cryptocurrencies. The federal investigation began in March this year after a request from a US agency that investigates transnational crimes.

The victims made a first investment and then started to make monthly contributions. As in other scams, the proceeds were paid for a period and then stopped being made. Rental Coins says it went into crisis in October 2021 after an audit identified issues.

Investors who went to Justice in Paraná through IPGE say that the income stopped being paid, in most cases, in November 2021. The last payments were registered in January 2022.

According to the IPGE lawsuit, Rental Coins raised funds from customers through false rental contracts. “It is not possible to lease crypto assets and guarantee a fixed return, as promised, due to the high volatility of the cryptocurrency, that is, there is a contract similar to that of investments, disguised as a lease agreement”, says the lawsuit.

On March 31, Rental Coins presented a judicial recovery plan to the courts and, from there, began looking for creditors to try judicial and extrajudicial agreements, which would have been accepted by almost 10,000 customers.

Jorge Calazans, a lawyer representing IPGE, says that the agreement was not advantageous, as it reduced the promised income to as much as 3.5% per month.

Leasing crypto is not necessarily a scam, but the model has been used in pyramid schemes.

The Federal Police says that the group led by the Sheik dos Bitcoins created its own cryptoassets that had no market backing and liquidity. The marketing, according to the investigation, had the sole objective of keeping frauds.

The investigation showed that the amounts diverted from customers were used by the businessman and his group in the purchase of luxury real estate, cars, boats, designer clothes, jewelry and travel.

Facebook
Twitter
Pinterest
WhatsApp
Previous article
BBC, 100 years: 10 people, moments and objects that marked the company’s history
Next article
Gusttavo Lima will have to pay BRL 10,000 to a man with the same phone as ‘Blocked’