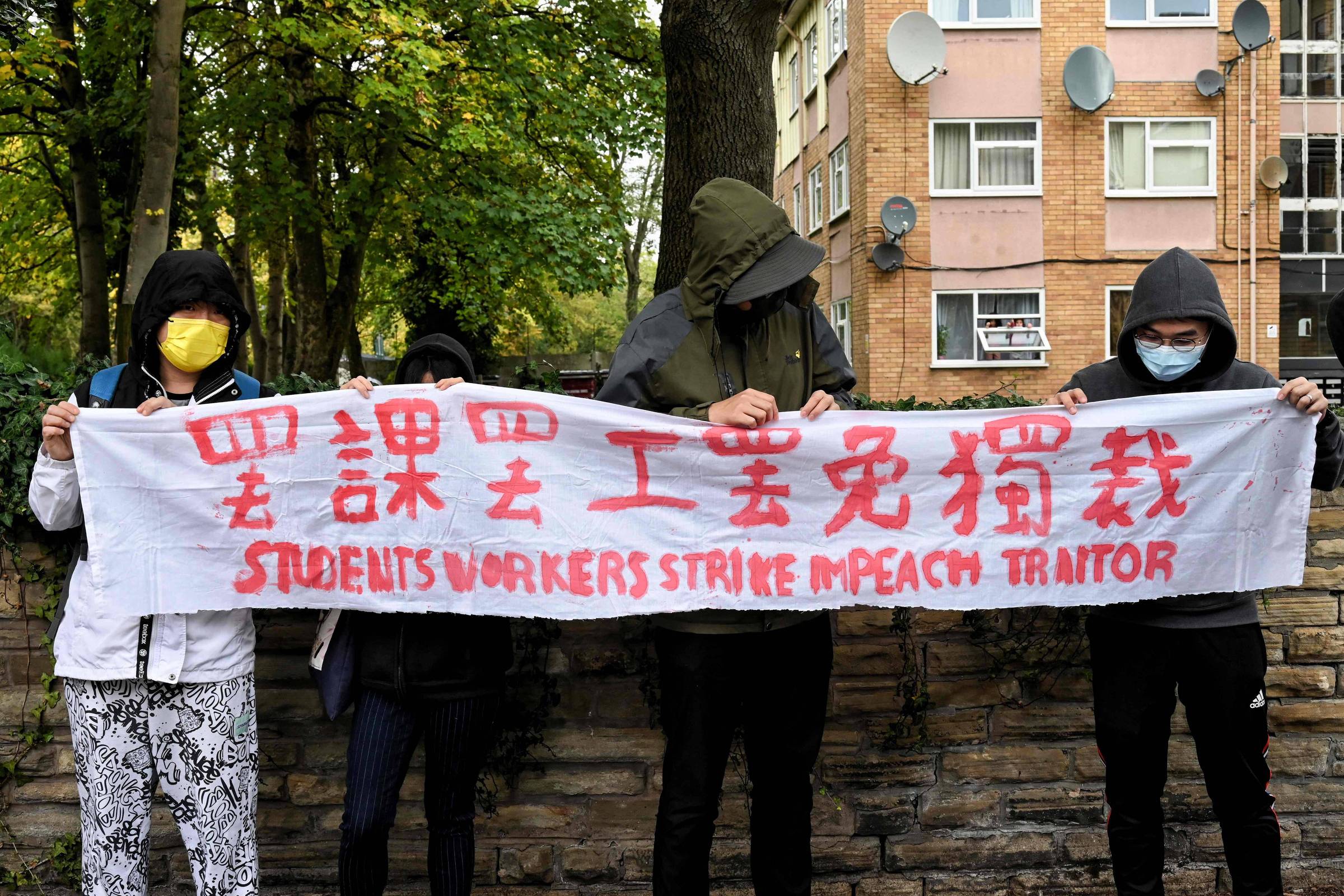 After a pro-democracy protester was attacked by officials at the Chinese consulate in Manchester, the United Kingdom on Tuesday summoned a Chinese diplomat and asked for an explanation of the episode.

The representative, Yang Xiaoguang, had a meeting with a senior official at the Ministry of Foreign Affairs and was told that all diplomats and consular employees must respect British law.

“Today we made our point clear to the Chinese authorities: the UK’s right to peaceful protest must be respected,” said Zac Goldsmith, Minister of State at the Office of Foreign Affairs.

On Sunday (16), a video released by the BBC network shows a man being dragged into the Chinese consulate, where he is kicked and punched by five men while he is lying on the ground. The victim, identified only as Bob, was holding a pro-democracy protest in Hong Kong outside the consulate on the same day that the Chinese Communist Party Congress began in Beijing.

Bob is in his 30s and has recently migrated to England from Hong Kong, a friend said. As he was being beaten, police officers entered the consulate to rescue him, images show. He spent the night in hospital and a Manchester Police investigation is ongoing.

Interviewed by British broadcaster Sky News, Bob said he feared for his life and showed cuts on his face and bruises on his body after the attack. “They’re like gangsters, you know, doing things like gangsters. It shouldn’t be like that. It’s not China. This is the UK,” he said.

The episode began when several men left the consulate to remove banners in protest against leader Xi Jinping, including one with the slogan “the sky will destroy the Chinese Communist Party”. There were between 30 and 40 protesters, police said.

Commenting on the episode on Tuesday during a press conference in Beijing, Chinese Foreign Ministry spokesman Wang Wenbin said that “disturbing elements illegally entered” the consulate and jeopardized the security of Chinese facilities.

“Diplomatic institutions of any country have the right to take the necessary measures to safeguard the peace and dignity of their facilities,” Wenbin said.

One of those involved is Consul General Zheng Xiuan, one of the most experienced Chinese diplomats in Britain, MP Alicia Kearns told the British Parliament on Tuesday. In the video, he is the man in the beret and blue scarf who kicks one of the tracks.

“We cannot allow the Chinese Communist Party to import the beating of protesters and the silencing of free speech. This is a frightening escalation,” Kearns said.

China has not commented on Xiuan’s involvement.

Several British lawmakers have called for the consul general to be declared “persona non grata”, which could remove his diplomatic status and potentially result in expulsion from the country. Xiuan has diplomatic immunity, meaning he is, in theory, protected from prosecution.