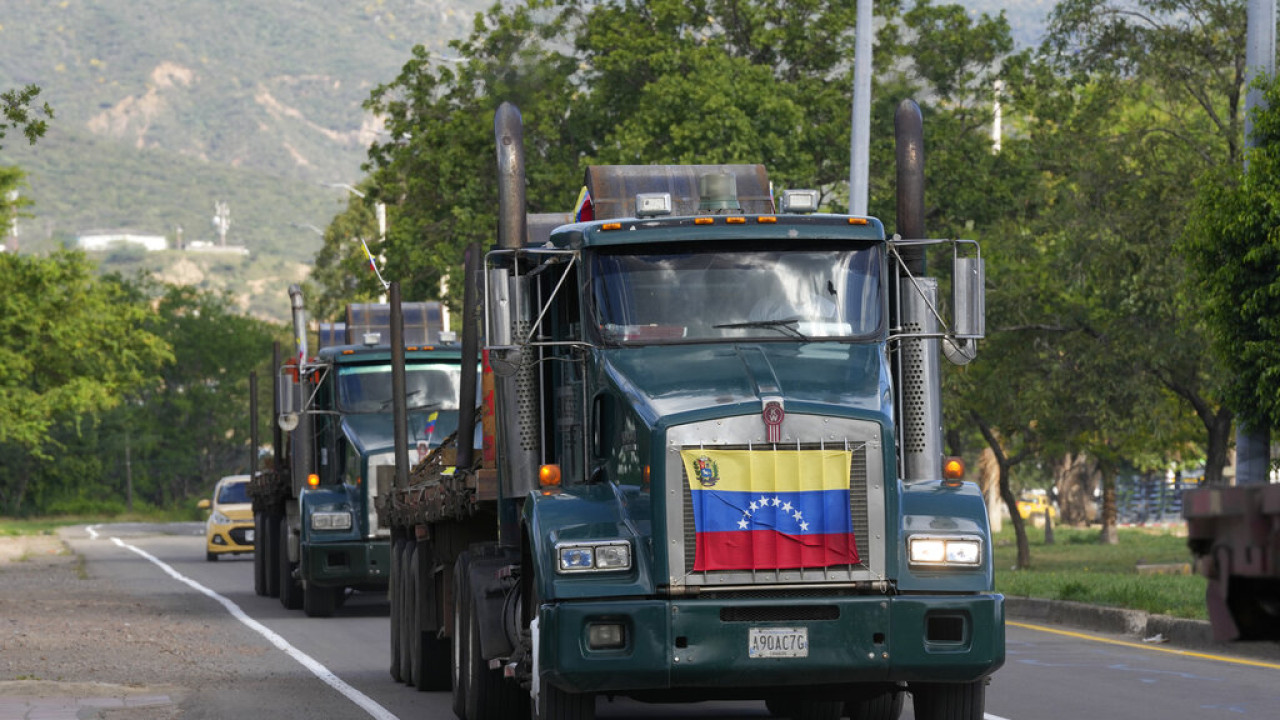 The US “opens up” an issue for Venezuela: They accuse Russians of sending military technology

US prosecutors filed charges against five Russian for violating sanctions and other violations related to the shipment of military technology to Russian buyers that had been sold by American manufacturers, much of that technology ended up on the battlefield in Ukraine.

The Russians used a German company to ship military technology as well as oil from Venezuela to Russian buyers.

Orehoff was arrested on Monday in Germany. Another Russian involved in the case, Artyom Us, was arrested in Italy. (Artyom Ush is the son of Kranoyarsk governor Alexander Ush). The United States requested his extradition. Reuters could not immediately reach any of the defendants for comment.

“We will continue to investigate, stop and prosecute those who fuel the brutal war in Ukraine, who evade sanctions and perpetuate the shadow economy of transnational money laundering,” Breon Peace, the top federal prosecutor in Brooklyn, said in a statement.

Also on Wednesday, the US Treasury Department sanctioned Orehoff and two companies he controls, Nord-Deutsche Industrieanlagenbau GmbH, also known as NDA, and Opus Energy Trading LLC. The Treasury Department described Orekhov as a procurement agent and said some of the shipments of military and sensitive dual-use technology to Russian users violated US export controls.

American technologies can be used in fighter jets, ballistic and hypersonic missiles, smart munitions and other applications, the Treasury Department said.

The accusations and sanctions come at a time when Washington is considering expanding sanctions on Russia and cracking down on tax evasion to pressure the Kremlin to end its intervention in Ukraine.

At the first-of-its-kind gathering of officials from 32 countries and the United States held last week, Washington warned it could impose sanctions on individuals, countries and companies that promote military equipment to Russia or support its military-industrial complex.

“We know these efforts are having an immediate impact on the battlefield, as Russia’s desperation has led it to turn to inferior suppliers and outdated equipment,” said US Deputy Treasury Secretary Wally Adejemo.

Prosecutors said Orekhov and Ush owned the NDA company and used it as a front to buy the technologies and ship them to Russian end users, including sanctioned companies controlled by Timofey Telegin and Sergey Tulyakov, two of the other Russian nationals charged on Wednesday.

Separately on Wednesday, federal prosecutors in Connecticut charged three people with violating US export controls as they tried to ship to Russia a computerized grinding machine known as a “jig grinder” – which can be used in proliferation programs nuclear weapons and defense.

The individuals – all citizens of Latvia or Ukraine – were arrested by Latvian or Estonian authorities at the request of the United States, prosecutors said.

Orehoff and Uss also used the NDA to move millions of barrels worth of oil from Venezuela to buyers in Russia and China, working with two other defendants, Juan Fernando Serrano and Juan Carlos Soto, to broker deals with the state Venezuelan oil company PDVSA, which the United States imposed sanctions on in 2019.

According to the indictment released Wednesday, Orekhov and Ush “repeatedly” bought oil from PDVSA and supplied it to a publicly traded Russian aluminum company controlled by a Russian billionaire and industrialist.

Without naming the company, the indictment said the company was under US sanctions from April 6, 2018, to January 27, 2019 – dates that coincide with the dates Russian aluminum company Rusal was sanctioned. Rusal was founded by Russian billionaire Oleg Deripaska, who himself faces US sanctions violations.

Neither PDVSA nor Venezuela’s information ministry immediately responded to requests for comment.

After the initial round of US sanctions against PDVSA, Russia’s Rosneft emerged as a key intermediary for Venezuelan crude. After Washington imposed sanctions on Rosneft affiliates for their dealings with PDVSA, dozens of companies with no history in the oil trade brokered sales of Venezuelan oil to Chinese buyers.

A Reuters investigation found that many of them were registered as websites in Russia.

Russia considers the charges brought by the United States against five Russian nationals for alleged violations of US sanctions to be an attempt to intimidate the business community in Russia and abroad, the Russian Foreign Ministry said today.

US prosecutors on Wednesday charged the five Russians with sanctions evasion and other violations related to the shipment of military technology to Russian buyers that had been sold by US manufacturers. Some of the electronic components obtained through the scheme were found on Russian weapons platforms seized in Ukraine, prosecutors said.

“The cynicism of this situation is that it is about hostage-taking for further political gains,” spokeswoman Maria Zakharova said in a statement.

“We view the detention of Russian citizens … for their subsequent extradition to the US as a continuation of Washington’s large-scale campaign to arrest Russians on whom the US has ‘claims’, with a view to their subsequent guaranteed conviction by US criminal justice to long prison terms,” ​​she added.

The accusations come as Washington seeks to expand sanctions and pressure the Kremlin to halt the invasion of Ukraine, which Moscow calls a “special military operation.”

“In the context of Washington’s de facto involvement in Ukraine as part of the conflict, another attempt is being made to stage a showdown to intimidate the business community in Russia and abroad,” Zakharova said.

“It is clear that the hunt for Russian citizens by US law enforcement and intelligence agencies will intensify. Such hostile actions will of course not go unanswered,” he added.