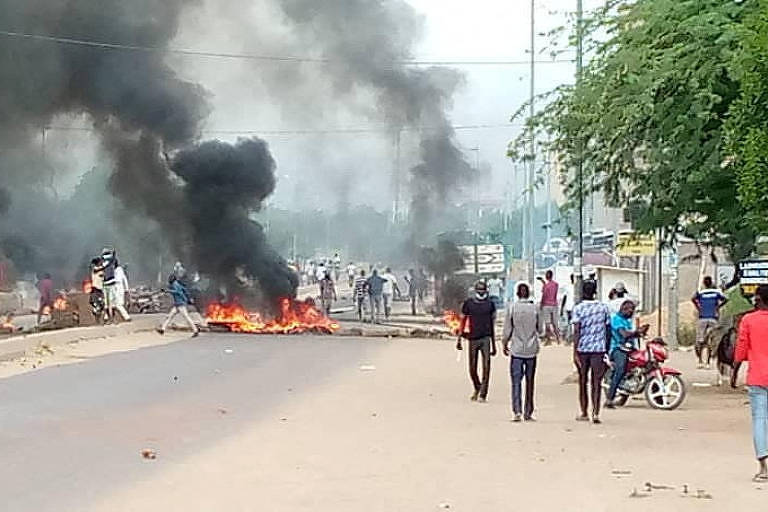 About 50 people died and dozens were injured after protests for democracy in the Chadian capital, Ndjamena, on Thursday (20), according to authorities. Protesters took to the streets to call for a quicker transition to democratic rule after the country’s ruling military junta announced the postponement of general elections to 2024 last week – the election would initially take place on Thursday itself.

The violence began when protesters set fire to the party headquarters of the current prime minister and head of a newly announced interim administration, Saleh Kebzabo, and barricaded the streets. The police then launched tear gas and shot rubber bullets to dissipate the acts spread across the city.

The regime claims that the security forces acted in self-defense. “What happened today was an armed popular uprising to seize power by force, and those responsible for this violence will face justice,” he said in a statement to the press, adding that the protesters were carrying firearms and were considered rebels. .

Kebzabo took over as prime minister last week, leading a so-called “government of national unity” that would aim to lead Chad for the next two years. He is a historical enemy of dictator Idriss Déby — who, who died in April last year, was succeeded by his son, Mahamat Idriss Déby.

Déby Sr. has ruled the north-central African country since a 1990 coup d’état that ousted dictator Hissène Habré. In April this year, he won the sixth consecutive election, contested by the opposition and by groups that launched a military offensive to remove him from power after accusations of escalating authoritarianism.

The president went to war to fight the rebels and died on the battlefield days later. According to the Constitution, who should succeed the president in these cases is the head of the National Assembly, but that was not the case.

A group of 15 generals created a Transitional Military Council, which dissolved Congress and put Déby Filho to lead the nation for 18 months, when he promised to call new elections.

The process was seen as a coup, as succession rules were not respected. If part of the country already expressed dissatisfaction with the father, the appointment of the son to lead Chad without new elections ignited the protests, which were violently repressed and left hundreds of people dead and imprisoned. The rebels’ offensive continued until May, when it was defeated by the military junta.

The takeover was supported by the country’s allies such as France, of which Chad was a colony until 1960. French Foreign Minister Jean-Yves Le Drian stated that there were “exceptional security reasons that needed to be guaranteed to stabilize the country”.

The police violence seen in the acts of this Thursday was condemned by the European country, however.

The regime tries to give an air of normality to the country ravaged by misery and hunger. In September, he named a new National Assembly — which was not elected, but chosen by the junta. Two months later, he gave amnesty to 296 people who had been accused during the protests of “crimes of opinion”, “terrorism” and “damage to the integrity of the state”.

Facebook
Twitter
Pinterest
WhatsApp
Previous article
From Queen’s Death to Economic Chaos, What Liz Truss 44 Days Like
Next article
The Turkish gendarmerie acts as a smuggler: 1000 migrants try to cross the Evros every day