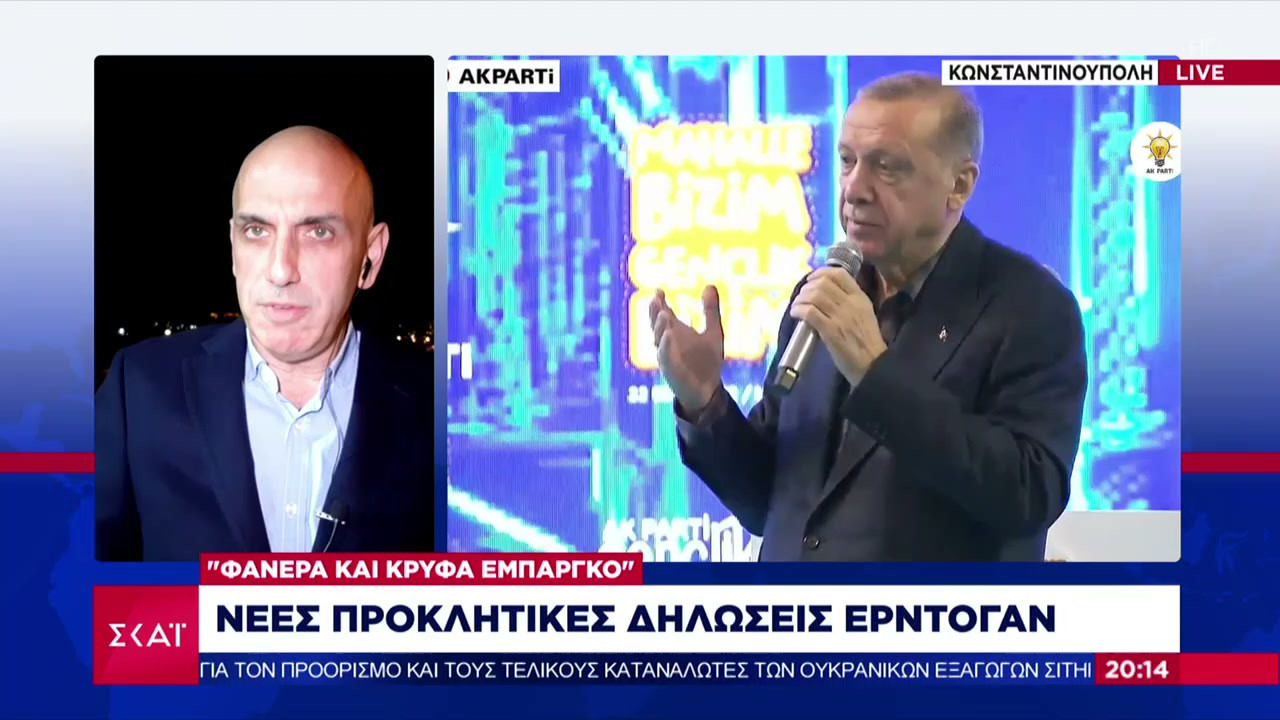 Erdogan’s provocative new statements: The imperialists are not digesting Turkey

Specifically, immediately after the cabinet meeting, the Turkish President made a series of promises for a better future, referring to “imperialists who do not digest Turkey’s political and economic independence”.

To explain to Turkish citizens the international isolation of his country, Recep Tayyip Erdogan tried with new provocative positions where he insisted on anti-Greek rhetoric.

Specifically, as reported by SKAI’s correspondent in Istanbul, Manolis Kostidis, immediately after the cabinet meeting, the Turkish President made a series of promises for a better future, speaking of “imperialists who do not digest the political and economic independence of Turkey”.

At the same time, he stated that the government has turned overt and covert embargoes into an opportunity, strengthening the country’s power.

It is worth noting that Erdoğan’s rhetoric seems to be backfired because, for the first time, opinion polls show the Turkish President leading by even one unit over Kemal Kilicdaroğlu, in case he is his opponent in the electoral battle.

Specifically, Erdoğan recorded a percentage of 44.9% compared to Kilicdaroglu’s 43.9%.