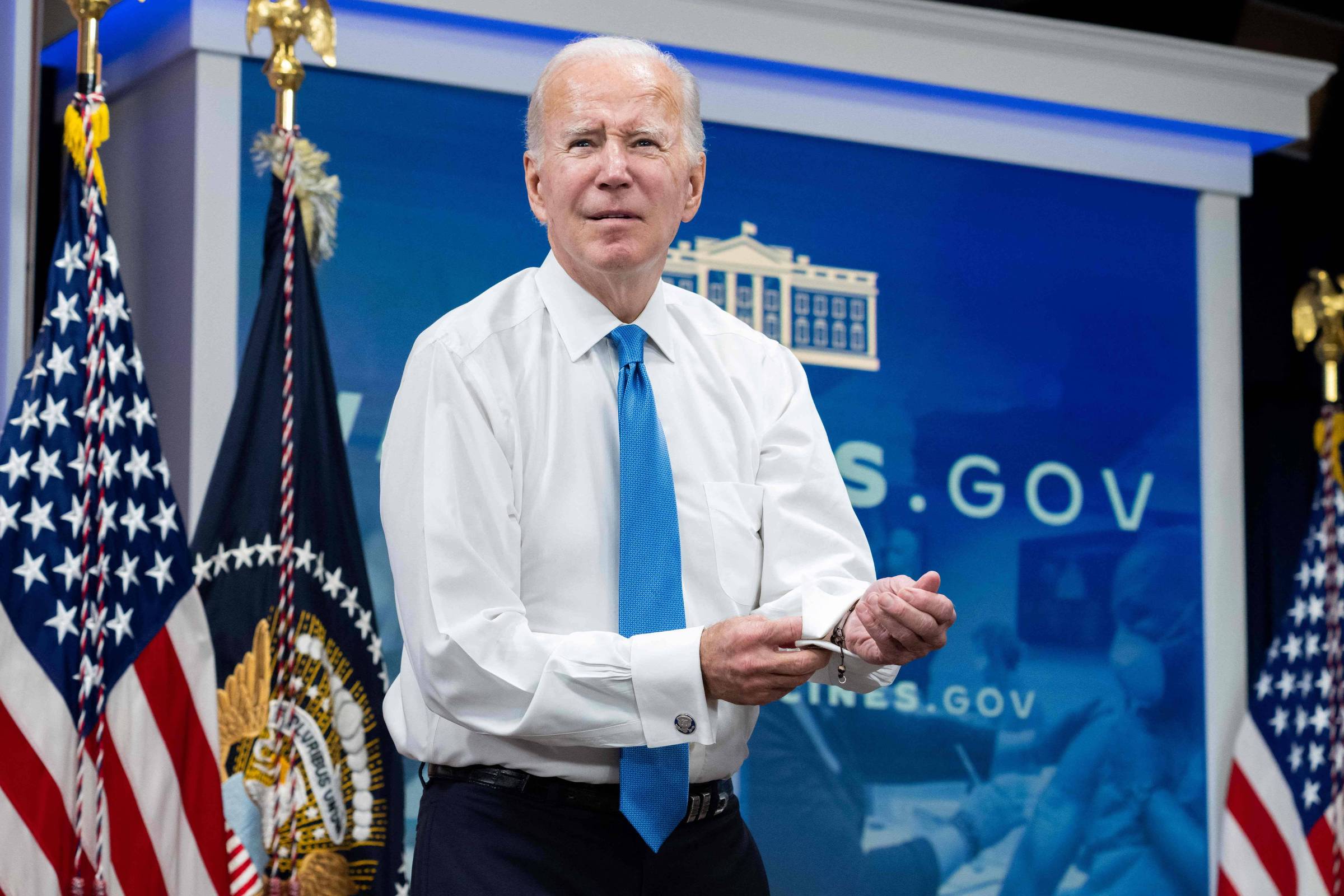 Opinion – Ross Douthat: Joe Biden accumulates mistakes that hinder the Democratic Party in the US election

If Democrats end up losing their majority in both the US House and Senate, an outcome that seems more likely today than it did a month ago, it won’t be anything particularly unexpected.

The president’s party almost always suffers losses in the midterms. The year has started for Democrats with slim majorities and a not-so-favorable Senate map, and the West faces a war-fueled energy crisis, something that often hurts parties in power, whether progressive or conservative — just ask poor Liz Truss .

But that argument is no good excuse for Joe Biden. Some election disputes will inevitably be resolved on the margins, control of the Senate possibly as well, and on the margins there is always something a president could have done differently to produce a better political outcome.

The American’s case is no exception: Due to three notable flaws, three courses that the White House under Biden charted, the midterms are proving harder for Democrats than they would have needed to be.

The first course to have fateful consequences began, as Matthew Continetti noted in The Washington Free Beacon, in the early days of the administration. That’s when Biden made critical energy and immigration decisions that were demanded by activists in his party: a moratorium on leasing new public land for oil and gas extraction; and a partial repeal of key border policies adopted by the Donald Trump administration.

What followed in both areas was a crisis: a sharp rise in migration to the southern border and a rise in fuel prices driven by Vladimir Putin’s invasion of Ukraine.

The extent to which Biden’s changes contributed to this is endlessly debated. A reasonable bet is that its immigration initiatives have indeed helped drive increased migration, while its policy on leasing land for oil extraction will affect fuel prices in 2024, but not much has changed in the current crisis.

But the crucial fact is that, however unintentional, both changes made it seem like these crises were something the Biden administration was after.

And so, instead of making a big effort at reshaping, prioritizing domestic energy and border policies, the White House tried to change the guise of what was going on. He sought quick, temporary solutions: handing over the border portfolio to Kamala Harris and tapping into the strategic oil reserve—generally confirming the preconceived notion that if you want a party to be serious about implementing immigration measures and producing oil company, should vote Republican.

The second crucial flaw is also part of the administration’s early days. In February 2021, as Democrats were preparing a $1.9 trillion stimulus package, a group of Republican senators made a counterproposal, worth about $600 billion.

Shedding self-confidence, the White House rejected the offer and pumped three times as much money into the economy. What followed was what some dissident center-left economists led by Larry Summers had predicted: the worst acceleration of inflation in decades, almost certainly exacerbated by the sheer scale of the stimulus package.

Given that, if Biden had accepted the Republicans’ proposal or simply made his own and opened negotiations, he could have started his administration on the bipartisan basis his campaign had promised — while protecting the country from the inflationary dangers that eventually came.

The third flaw has to do with cultural issues, not economic policy. Part of Biden’s appeal as a candidate was his long history as a social moderate — an old-school center-left Catholic, not a fanatical progressive. His presidency has offered many opportunities to live up to this moderate persona. On transgender issues, Europeans’ growing concerns about puberty blockers would serve as a potential argument for him to call for greater caution regarding medical interventions in adolescents with gender dysphoria.

Instead, the White House chose to deny the existence of any real discussion on the matter, positioning the administration on Sweden’s left.

And then there’s the Supreme Court ruling on abortion rights, the unpopularity of which made abortion an issue likely to result in a political victory for Democrats — provided they could portray themselves as moderates and Republicans as fanatics.

Biden could have spearheaded that effort, putting forward positions he’s championed in the past — supporting Roe v. Wade, but also defending restrictions on abortion near the end of pregnancy and defending the amendment that prohibits the use of federal funds to pay for the procedure in most cases—as the national consensus, as opposed to the absolutism of the first trimester ban. .

Instead, he backed off and let Democratic candidates advance the activist argument that no restrictions are permissible — an unpopular position perfect for wasting the advantage the Roe decision gave the party.

The question here, and to some extent with all these questions, is whether a more moderate or triangulating Biden would have been able to hold the coalition together. But all too often this issue becomes an excuse to view polarization and the politics of 50-50 as inevitable. A strong president, by definition, must be able to pull his party to the center when politics require it.

So if Biden feels he can’t, it suggests he’s already internalized his own weakness and pre-accepted the outcome likely to await Democrats in November: defeat.