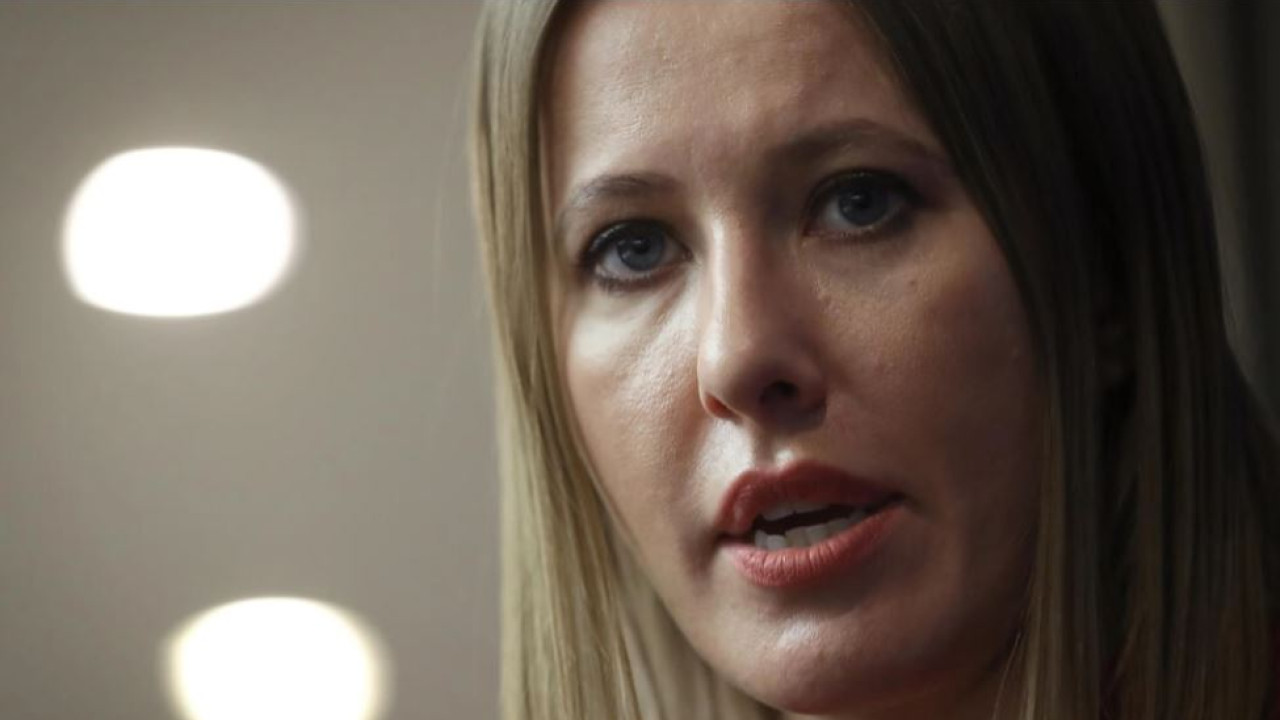 TV star and opposition politician Ksenia Sobchak, 40, who has been critical of Putin, is seen crossing Belarus’ border with NATO member Lithuania at the Vidzy border crossing, 106 miles north of Minsk, according to reports international media.

CCTV footage appears to show Sobcak, accompanied by an unidentified man, covering her face and wearing a hat as she crosses the border, RIA Novosti news agency reports.

The footage appears to have been leaked from Belarus’ border cameras, and Lithuania confirmed today that Sobchak had entered the Baltic state using an Israeli passport.

Sobchak, who has known Putin since she was a child, fled Russia for Belarus before entering Lithuania, hours after Russian agents raided her luxury home in a prestigious Moscow suburb.

Police said the search of her home was related to the alleged offenses of media director Kirill Sukhanov, who was arrested on charges of extortion.

Sobchak on Tuesday dismissed the charges against Sukhanov as “delusion and nonsense” and called his arrest part of the authorities’ efforts to stifle independent media.

The footage appears to show Sobhak going through Belarusian passport control and telling a border control officer that she is heading to Lithuania. Sobchak allegedly bought tickets to both Turkey and Dubai to confuse government investigators seeking her arrest.

She then traveled to Belarus by car and left for the West with a clever operational escape plan in order to avoid capture, using her Israeli passport.

Sobchak, a secular woman turned politician, was once called the Paris Hilton of Moscow. She was a popular reality show host and once posed for Playboy.

Putin has known her since childhood and attended her baptism in the Orthodox Church, leading to rumors that he is her godfather. Anatoly Sobchak (her father) was a law professor and mentor to Putin, who later gave the KGB spy his first foothold in politics as his deputy when he was mayor of St. Petersburg.

Close family ties did not save Ksenia Sobchak either, who was forced to flee Russia in pursuit.