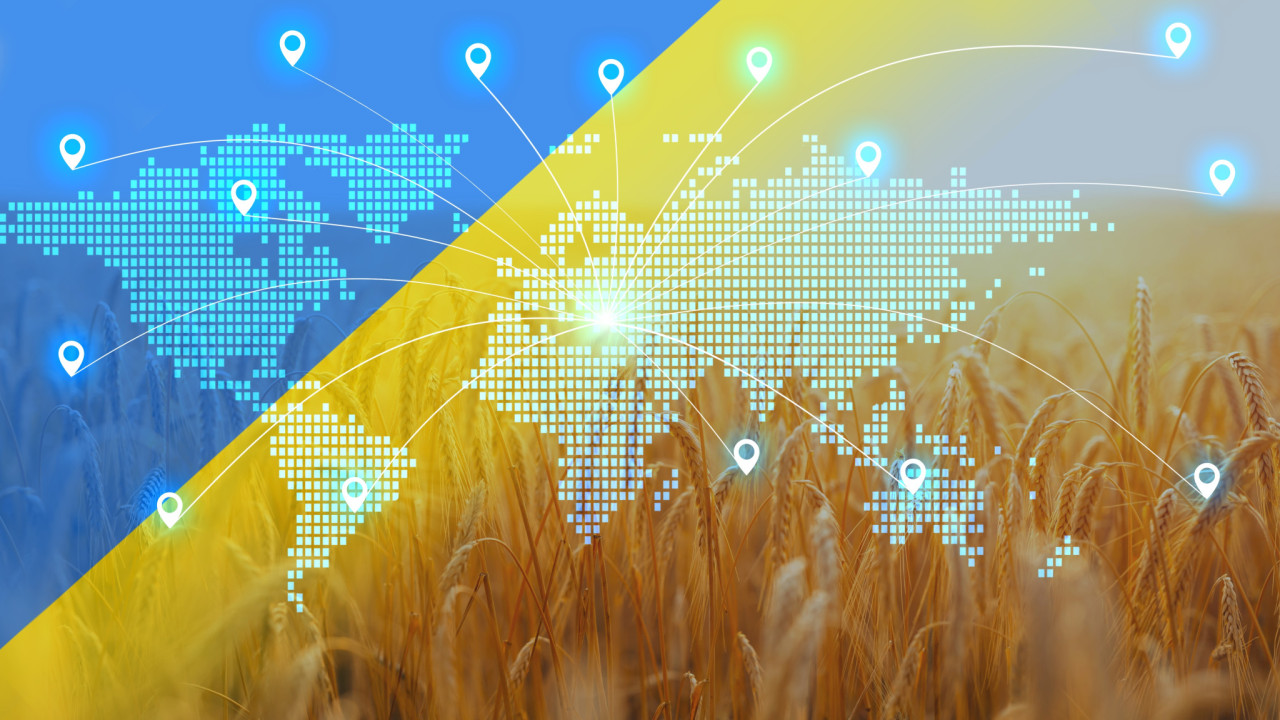 The grain deal collapsed. And now;

At the moment the safe Black Sea corridor is “frozen” with exports from Ukraine stopped. Everyone today will turn their eyes to sensitive markets.

Moscow has pulled out of the grain deal by blocking Ukraine’s ports and its nightmare global food crisis returns.

At the moment the safe Black Sea corridor is “frozen” with exports from Ukraine stopped. All eyes will be on sensitive markets today and the “countdown” for global food prices will begin again. We must not forget that Ukraine is the “breadbasket of Europe” and the creation of shortages in stocks will push the already high prices upwards. Together with Russia they fill the world basket with wheat, representing about 30% of world wheat exports and 20% of corn exports. Supply disruptions will put already vulnerable countries in the Middle East and Africa at risk.

Since last July – when the “Black Sea Initiative” was signed under the auspices of the United Nations – 9 million tons of wheat have been safely transported by 397 ships. A fact which helped to decompress the markets, leading to their stabilization, while at the same time food prices were reduced by 15% (compared to last March) at a global level.

Last Friday, the head of the United Nations, Antonio Guterres, had requested the extension of the agreement that had a duration of 120 days and ended on November 19. But Russia announced it was pulling out of the grain deal, accusing Kiev and London of attacking its fleet in the early hours of Saturday with drones off Crimea, near Sevastopol. At the same time, it accuses Britain, a leading member of NATO, of sabotaging the Nord Stream pipelines. London denies any involvement, while Kyiv accuses Moscow that Russia may be responsible for the explosions in order to use them as a pretext to withdraw from the grain export agreement.

For now in Ukrainian ports remain 218 ships blocked loaded with wheat. Of these 22 are loaded and tied up at ports, 95 are loaded and had already sailed while 101 are waiting to be inspected.

The West reacted immediately and is demanding Russia’s return to the agreement with the US president, Joe Biden, calling its decision “outrageous”. The EU’s foreign policy chief, Josep Borrell, is urging Russia to withdraw, explaining that its decision “jeopardizes the main export route of much-needed grain and fertilizer to tackle the global food crisis caused by the war on of Ukraine”. For its part, NATO calling on Moscow calls on Russian President Vladimir Putin to “stop using food as a weapon and stop the illegal war in Ukraine”.

Last night the United Nations, Ukraine and Turkey agreed on a plan for the departure of 14 ships, which are in Turkish territorial waters. Earlier on Sunday, Turkish Defense Minister Hulusi Akar was – according to a statement from the ministry – in consultations with his counterparts on the resumption of the agreement, adding that the inspection of ships loaded with grain and waiting in Istanbul will continue today, Monday. In New York, UN Secretary-General Antonio Guterres postponed for a day a planned trip to take part in talks aimed at bringing Russia back into the deal. However, Moscow is asking today, Monday, that the issue be discussed at the UN Security Council.

At the same time, the city council of Russian-held Mariupol claims that Ukrainians have destroyed at least three Russian warships near Sevastopol. The Russian Defense Ministry says at least one of the 16 drones may have been launched from a civilian ship chartered by Kiev or its allies, adding that some drones had Canadian-made navigation devices. For Ukraine, Crimea is a legitimate target. The Ukrainian president, Volodymyr Zelensky, declared last August that “everything started with Crimea and will end with Crimea”. However, Kyiv has never claimed responsibility for any of the strikes recorded in the region since last April.

According to analysts, Moscow by withdrawing from the grain deal could hope that Ukraine’s Western allies they would ask from Kyiv to focus another’s energies. “Russia’s withdrawal from the agreement and the fact that it blames Kiev for the explosions is aimed at slowing Ukrainian attacks in the Black Sea,” reports Mario Bikarski of the Economist Intelligence Unit. So far, however, the West is simply calling on Moscow to return to the deal while fears of a new food crisis flare up.

We have experienced the project before. Without the deal, Ukraine could try to export as much food and fertilizer as it can by land, with Poland already announcing that it and the EU are ready to transport the food staples but not saying how that might be done. to be accomplished. Nine months into the war, Ukraine’s road and rail capabilities are even weaker. After all, before the achievement of the “Black Sea Initiative” only 10% of the grain was managed by the Ukrainian authorities to export, while about 20 million tons of grain remained trapped since February 24 and for five months in the Ukrainian ports.

Facebook
Twitter
Pinterest
WhatsApp
Previous article
The food nightmare returns: How the collapse of the grain deal is affecting the planet – Charts
Next article
India: More than 130 people who died in the collapse of a suspension bridge – Video