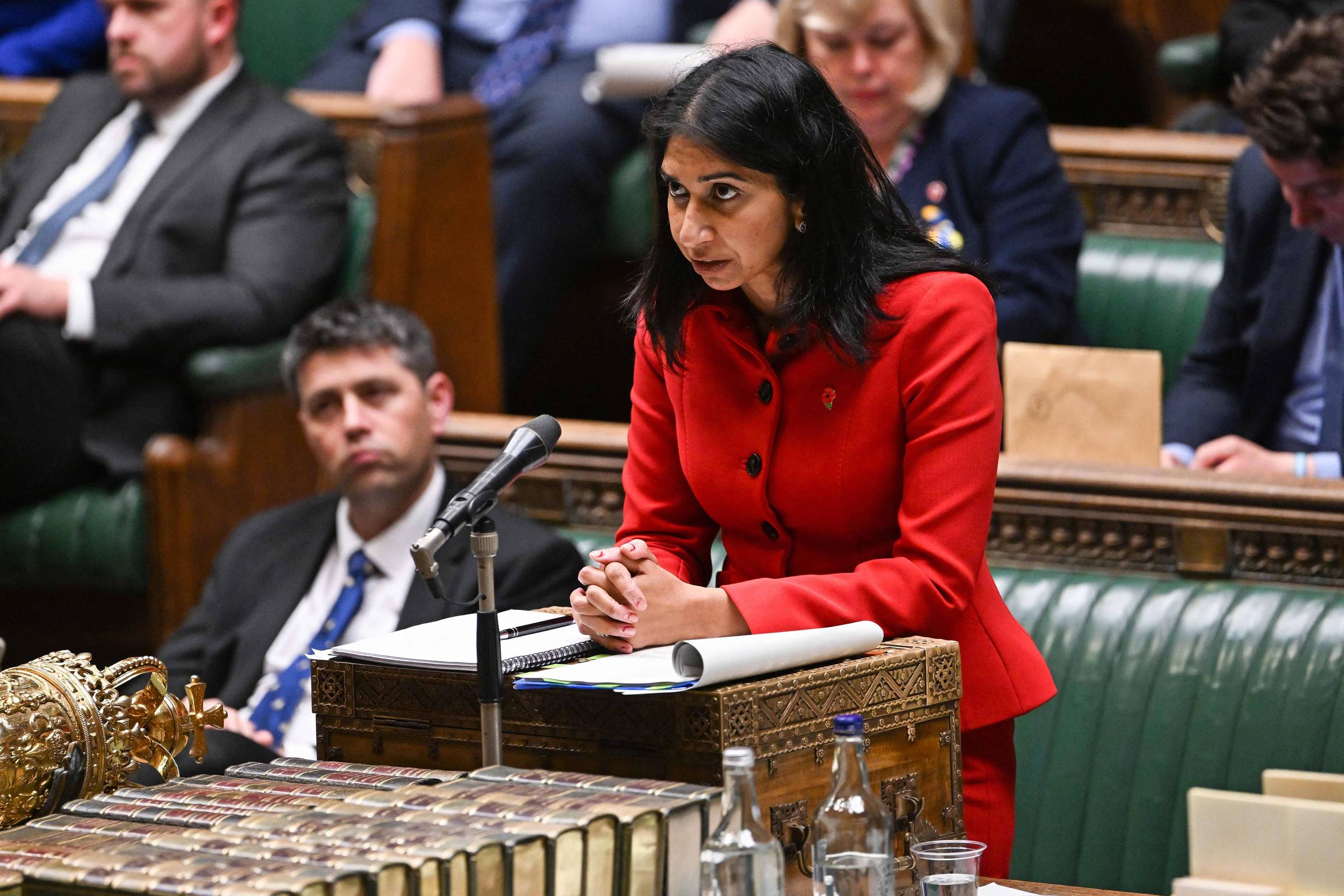 UK Home Secretary Suella Braverman came under heavy criticism on Tuesday after calling the migratory flow through the English Channel an “invasion”.

In Parliament to discuss a legal recommendation on the prolonged detention of migrants in processing centers, she claimed that the current migration system is “out of control”.

Amid the discussion in the House of Commons, the minister said she was working to stop the “invasion on the south coast”, in reference to the arrival of migrants in boats. “Let’s stop pretending they are all refugees in trouble, the country knows that’s not true,” said Braverman, who is the daughter of immigrants from Kenya and East African Mauritius who arrived in the UK in the 1960s. .

The minister also agreed with a statement by a lawmaker who urged immigrants to “hop on a raft and return to France” if they were not satisfied with the British reception.

Immigration Minister Robert Jenrick, who reports to the Ministry of the Interior, tried to soften the chief’s statements by saying that the statements reflect the scale of the challenge to be faced, but also said it was necessary to “choose terminology wisely”, given the position that occupies

Immigration experts condemn the use of the term “invasion” to describe migratory flows. For João Chaves, coordinator of Migration and Refuge at the Federal Public Defender’s Office in SP, calling migrants invaders “is to put them on the same level as enemies.” “Everyone has the right to seek asylum.”

The UNHCR (UN High Commissioner for Refugees), in its guide for communication professionals and students, states that “the term ‘invasion’ is often associated with war, destruction, rape and illicit acts in general”. “When used to designate a particular migratory or refugee flow, it carries with it the message that this flow can disrupt or threaten existing order and routine.”

Braverman was reappointed to the Home Office six days after resigning — she was part of Liz Truss’ brief tenure. Rishi Sunak, the third prime minister to assume the position in two months, had his first days in charge of the country taken by the controversies surrounding the minister. On Monday (31), she admitted to using her personal email account to send documents from the British government.

In Parliament, Braverman, when discussing the migration issue, defended the decision to keep thousands of people in a processing center in the city of Kent, even after the accusation that he had deliberately ignored a legal recommendation to transfer migrants to hotels.

The conditions of the shelter were described by David Neal, Chief Inspector for Borders and Migration, as “deplorable”. Designed to receive 1,500 migrants a day for just 24 hours, the center held more than twice its capacity, and an Afghan family said they had been there for at least 32 days.

Some lawmakers, including members of the Conservative Party, to which Braverman belongs, rushed to try to stem the damage from the statements. Tommy Sheppard of the Scottish National Party said the head of the portfolio used “inflammatory far-right rhetoric”.

A spokesman for Sunak contradicted the minister and described the country as “receptive and compassionate” to migrants. The minister, who on another occasion said that her dream was to see a plane with deported asylum seekers taking off towards Rwanda, claimed to be the target of a “political witch hunt”.

Facebook
Twitter
Pinterest
WhatsApp
Previous article
Erdogan: Determined to bring back the headscarf – “If necessary, I will hold a referendum”
Next article
Sakkari: “I will need a pedicure after this match”