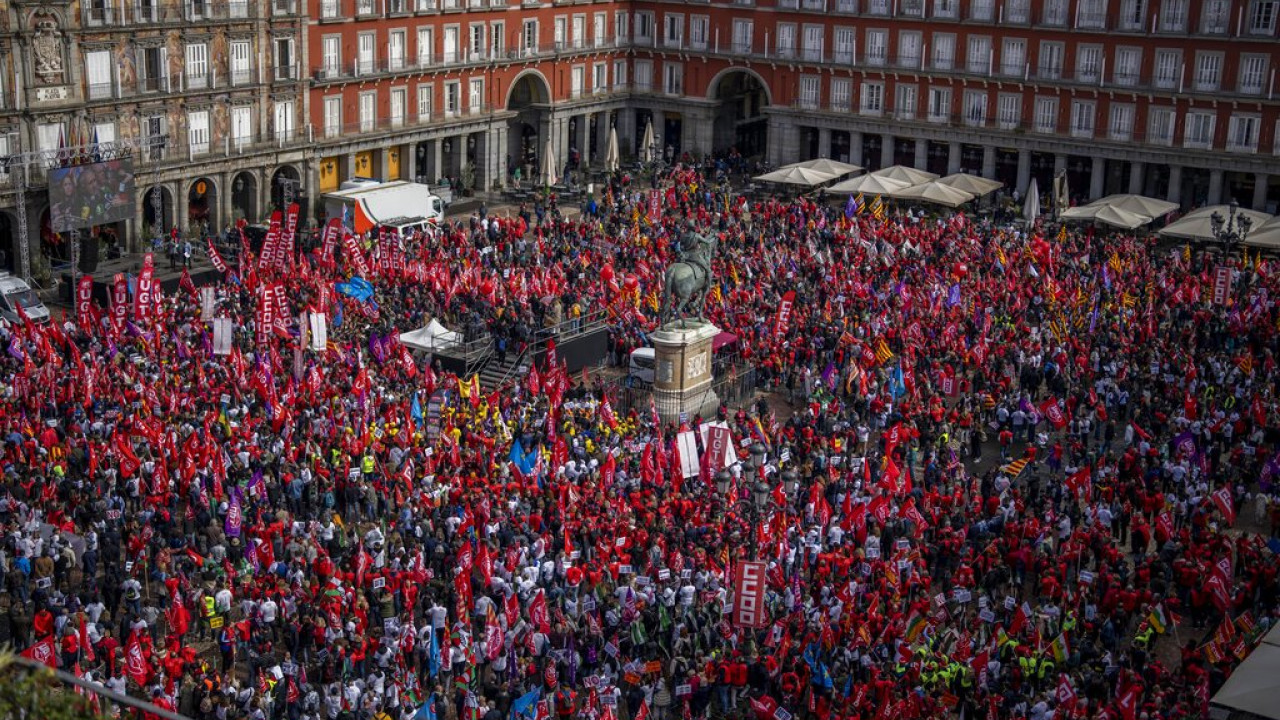 Large demonstration in Madrid: Increases in wages or… conflict is the slogan

More than 25,000 workers on the streets of the Spanish capital – The problem of living is huge with revaluations in basic products and inflation soar

Thousands of people demonstrated today in Madridresponding to the call of Spain’s two largest labor unions, demanding wage increases and threatening to continue the strikes if an agreement is not reached with employers’ organizations in ongoing negotiations.

The protesters, about 25,000 according to the authorities, they gathered in various parts of the capital and then converged on the Plaza Mayor, in the heart of the city. “Wage or fight,” read the large banner they were holding. “They came from all over Spain with a clear message: either the half will increase, or the confrontations in the world of work will intensify,” said Unai Sordo, the general secretary of the CCOO union. The head of the UGT union, Pepe Alvarez, called on employers to guarantee the “purchasing power” of employees. “Wealth must be better shared and not remain in the hands of a few,” he said.

Inflation in October came in at 7.3%, down from 10.8% in July but still very high, due to rising energy and food prices. “Wages are still very low,” but commodity prices have soared, said Maria Luisa Ortega, a 57-year-old private sector worker who stressed the need to “bring wages into line with inflation.”