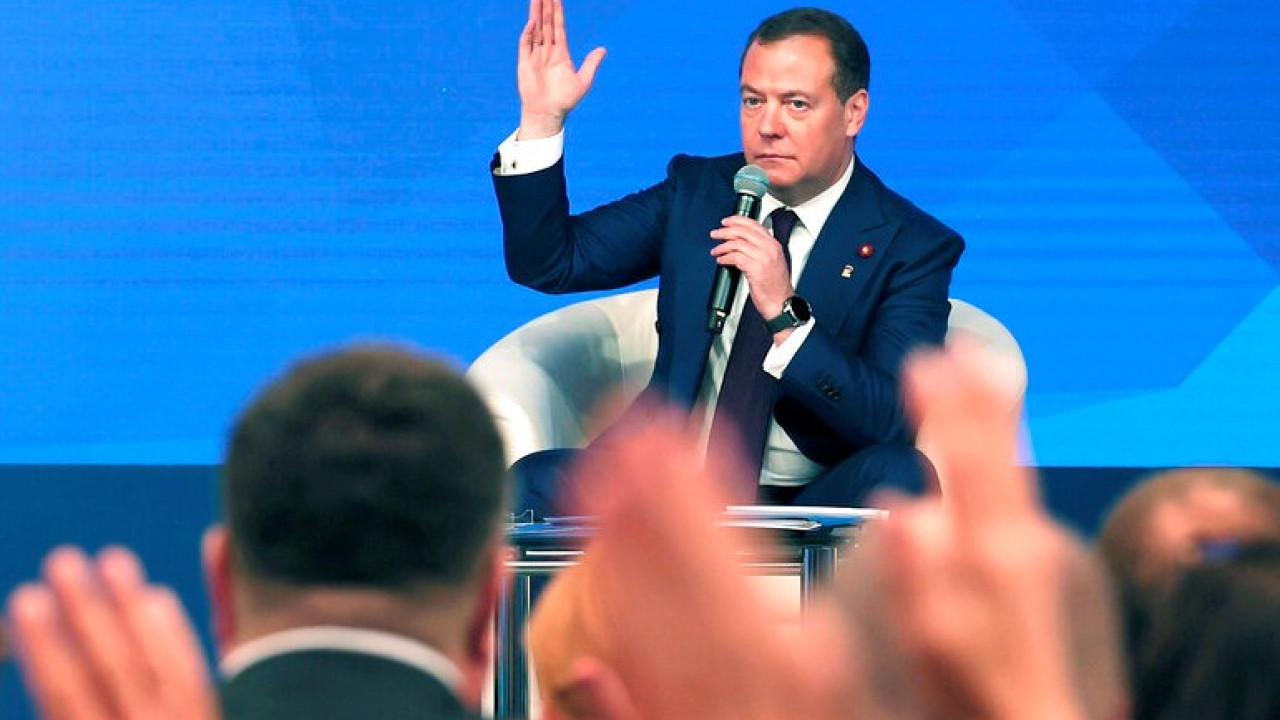 In his message on National Unity Day, the former Russian president said the country’s goal is “to stop the supreme leader of Hell, whatever name he uses – Satan, Lucifer or Iblis the chief of devils in Islam)”

Former Russian President Dmitry Medvedev today called the war in Ukraine a holy conflict with Satan, warning that Moscow could send all its enemies “to the eternal fires of Gehenna” (PS: Gehenna is a biblical region referred to in the Old Testament, “hell” where sinners will be punished after death).

Tens of thousands of people have been killed since the Russian invasion of Ukraine. This is Russia’s biggest confrontation with the West since the Cuban Missile Crisis in 1962, when the Cold War superpowers came to the brink of nuclear war.

In his message on the occasion of the Day of National Unity, Medvedev said that the aim of the homeland is “to stop the supreme leader of Hell, whatever name he uses – Satan, Lucifer or Iblis (S.T.S: the leader of the devils in Islam)”.

Medvedev, who is currently the vice-president of the Security Council, emphasized that Russia has various weapons, while it also has the ability to “send all our enemies to the fiery hell.”

The former Russian, who presented himself as a liberal modernizer during his presidency from 2008 to 2012, said that Moscow is fighting in Ukraine with “crazy, drug-addicted Nazis” who are backed by the West, “drooling on their jaws with depravity.”

Ukraine and the West have repeatedly rejected President Vladimir Putin’s claims that Ukraine is ruled by fascists who persecute Russian speakers. Instead, they characterize the war as a barbaric land grab by Moscow.

Since the war began, Medvedev’s rhetoric has become increasingly strident, even though his public positions are sometimes in line with the thinking of the highest echelons of the Kremlin elite.

Satan’s weapons, Medvedev concluded, are “artful lies. And our weapon is the truth. This is also the reason why our case is just. This is why we will win! Happy Holidays!”.