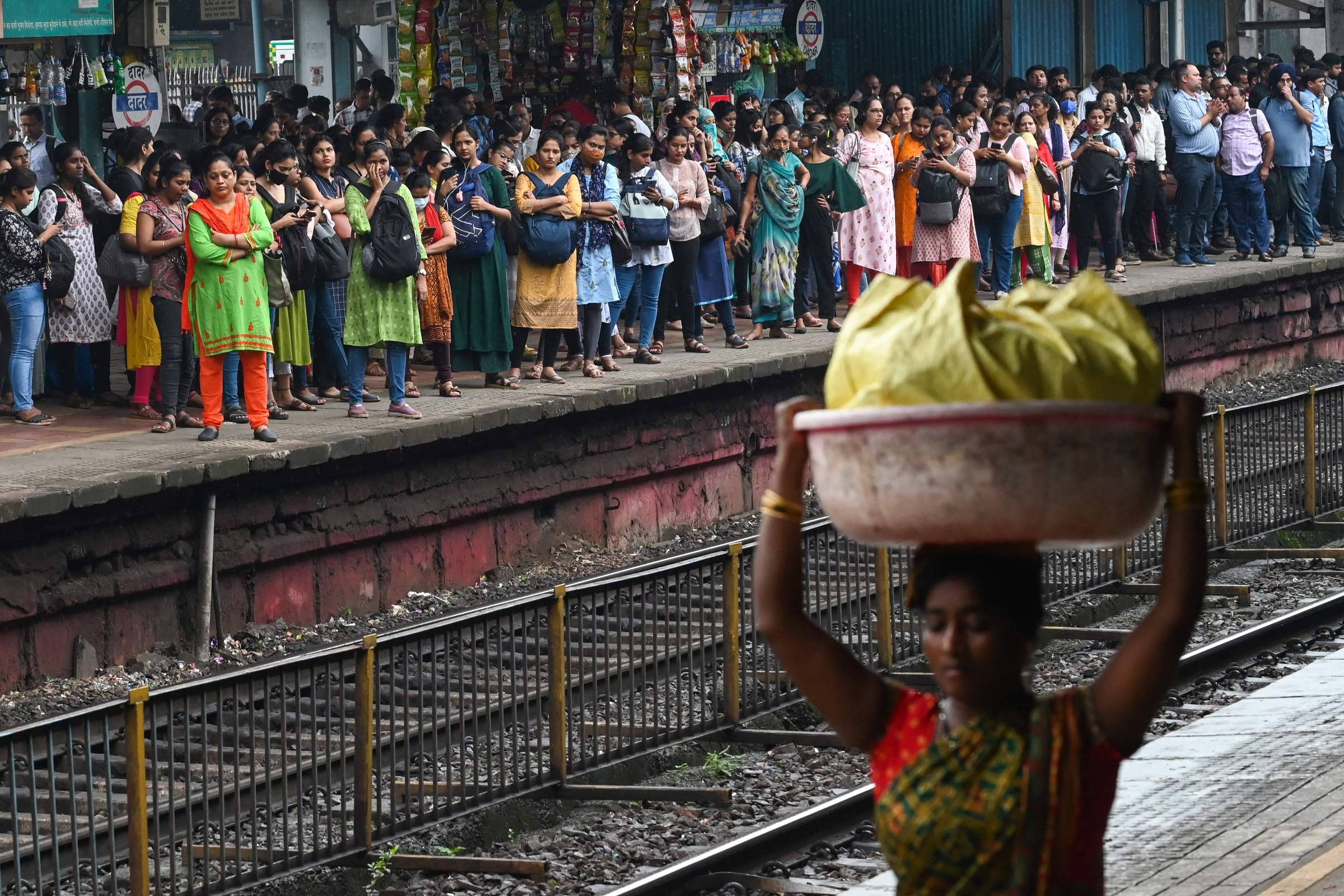 World reaches 8 billion inhabitants with advances, but inequalities are latent

In just over a week, we will reach 8 billion.

UN estimates updated in July project that on the 15th, a Tuesday, the world will reach its new billion inhabitants. The brand has been accompanied by significant advances, but also by the deepening of inequalities that can be seen in the numbers.

This is what Brazilian demographer José Eustáquio Alves calls the demographic gap: “There is a large part of the world where the population is decreasing, aging and with a low fertility rate; another is still growing a lot, with high fertility and ‘youth bubbles’. “

The inequality between continents and even within them means that each country experiences global overpopulation in a different way. For some, the figures foreshadow a decrease in the economically active workforce, for others the challenge is to deal with the housing boom without having the infrastructure.

Over the past five decades, key indicators have improved across the globe. The average global life expectancy has increased — from 57.6 to 73.4 years — and infant mortality has dropped — from 93.4 per thousand live births to 26.7. But the average says little about the reality of each part of the globe.

The country on the West Coast of Africa has received increasing attention from experts. Today the sixth most populous in the world — it has surpassed Brazil this year —, Nigeria, current projections show, could surpass the USA, Pakistan and Indonesia and become the third most populous nation in the world in 50 years.

One of the most affected by the climate crisis on the continent, it faces the challenge of accommodating such a population in the face of events that increasingly reduce the size of habitable areas. And, as if infant mortality were not enough, Nigerians have the second lowest life expectancy on the planet: just 53.9 years.

The population volume, in large part, is due to the fertility rate. With five births per woman, Nigeria has one of the highest rates in the world. On the global average, the current rate is 2.3 births per woman, a figure that corresponds to a little more than half of what was observed five decades ago, 4.4.

In China, the challenge is the opposite. For decades the most populous country in the world, the Asian power has experienced population decline this year, according to the UN, and is now trying to reverse the scenario. With a fertility rate of 1.1 (less than half the world’s), the country, which for a long time encouraged population control through the so-called one-child policy, now wants larger families.

Bela Hovy, head of publications for the United Nations’ Population Division, credits the global fall in the fertility rate with one of the main advances in recent decades. But she recalls how the issue is still a challenge for significant parts of the globe. “Sub-Saharan African countries are expected to contribute more than half of population growth by 2050 [quando, diz a ONU, chegaremos a 9,6 bilhões]. There is a great challenge for least developed countries to achieve sustainable development.”

But the main challenge echoed by the 8 billion mark is perhaps, for Hovy, global solidarity. “If we can help these countries achieve goals like access to maternal health and more education for women [49,7% da população global]it will be possible to think about reducing population growth.”

Helena Cruz Castanheira, demographer of the population division of ECLAC (Economic Commission for Latin America and the Caribbean), draws attention to the period of demographic transition that almost everyone is experiencing —fertility falls, as does mortality, and, obviously, life expectancy increases, resulting in a good portion of the population at an economically active age.

But therein lies inequality. “The demographic transition is a window of opportunity for socioeconomic development, but this is not automatic. Significant social transformations must occur: access to education and distribution of wealth. If all women are out of the workforce, or if there is no high productivity, the window of opportunity just closes.”

11 years ago, when, for the estimates of the time, the world turned 7 billion, many of the challenges placed on the table were the same as they are today. But the doubt about the planet’s ability to produce resources to sustain, with quality, so many people stood out.

Asked if we already have an answer, Hovy sums up: “We have technology and renewable resources for a sustainable future. The biggest issue is political will. The current pattern is not sustainable. If we don’t change our way of acting, we will have even greater challenges to support up to 10 billion people.”