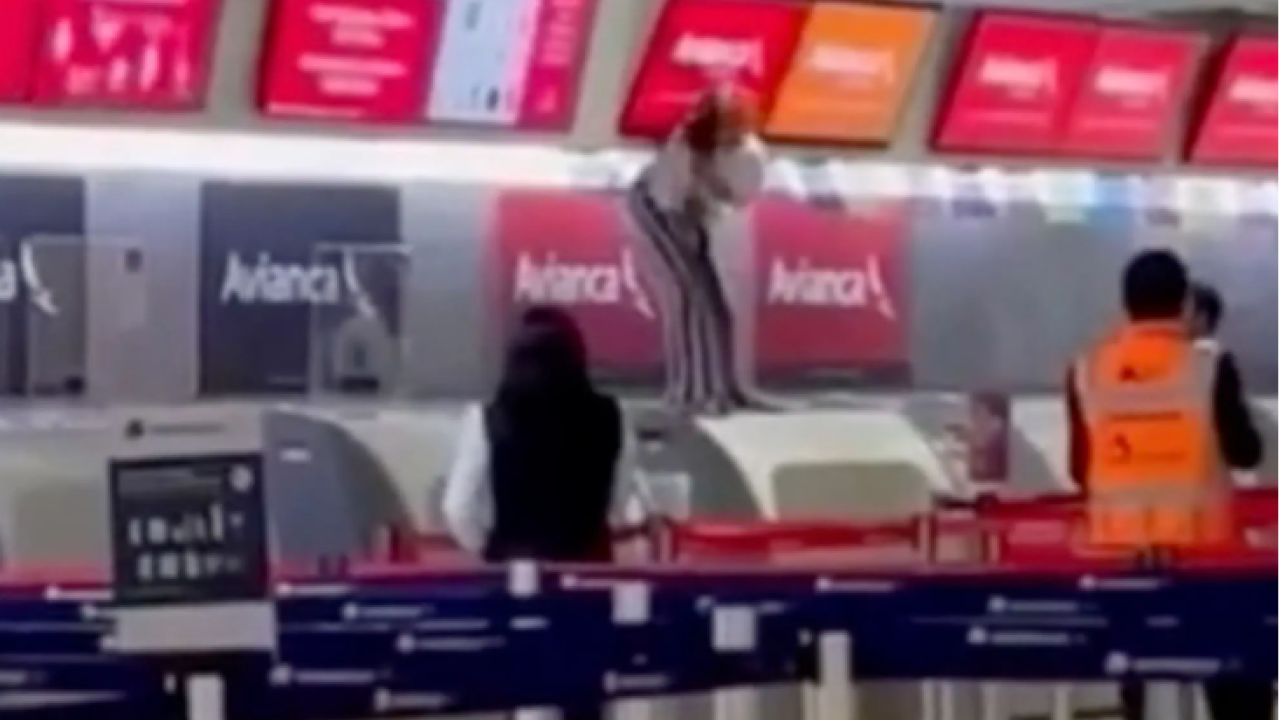 Shocking video has emerged as an enraged passenger at Mexico’s international airport began hurling objects at a check-in desk clerk and screaming after an Emirates airline agent allegedly denied her boarding for showing up late and at the same time her passport had expired.

Watch the latest video at foxnews.com

The woman then climbed onto the counter and began hitting the employee, throwing various items at her from a suitcase to computer equipment and yelling, as reported by Fox News.

Immediately the airport staff ran and tried to calm her down while the police who rushed to the scene arrested her.

“We can confirm that on November 1, there was an incident at the check-in counter at Mexico City International Airport in which a passenger arrived late at the counter while also traveling with an expired passport,” Emirates said in a statement to Fox. News.

“The customer was refused travel by the company, causing her to react violently and attack ground staff – so it was necessary for airport security and the police to intervene,” the Dubai-based airline added.

Facebook
Twitter
Pinterest
WhatsApp
Previous article
General strike on Wednesday 9 November: How the metro, buses and trams will run – Who will be on strike
Next article
Theodorikakos on the “blockade” of Tzitzikostas from Turkey: An unacceptable challenge that irreparably exposes the Turkish regime