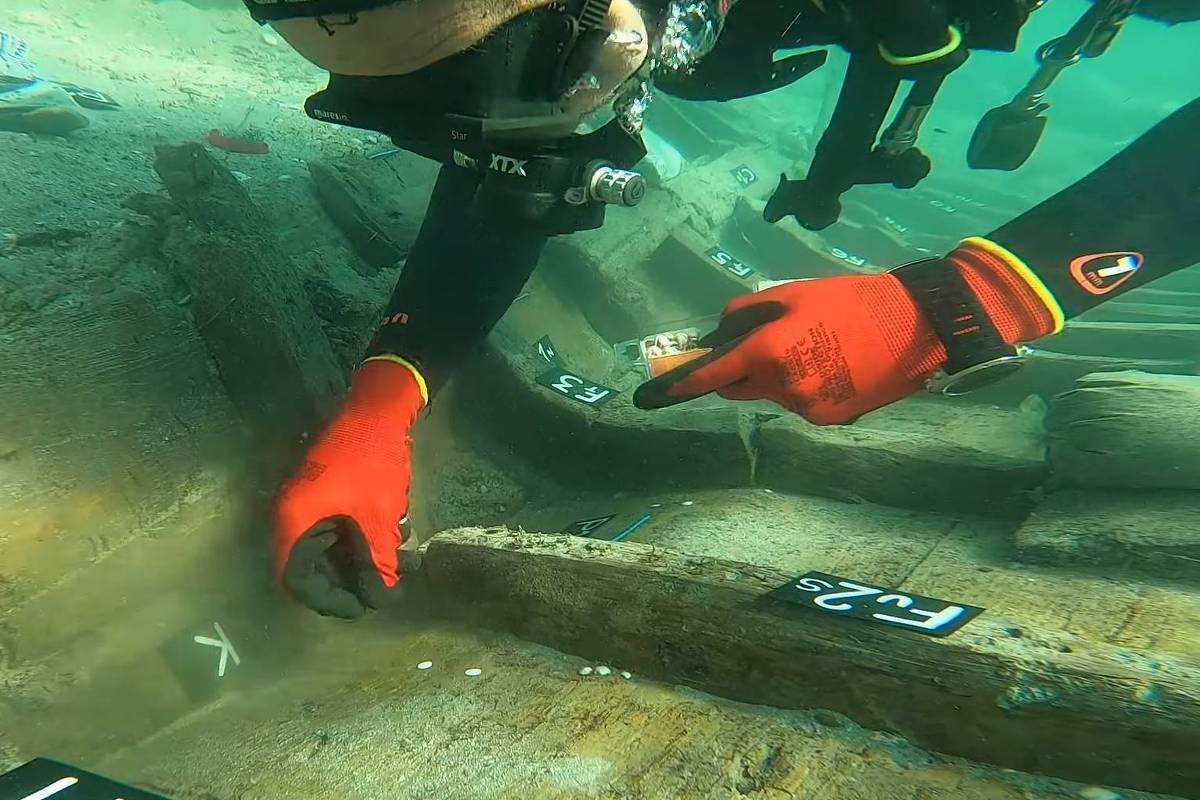 Roman boat dating back more than 2,000 years is found in the Croatian sea

A wooden vessel built at the time of the Roman Empire was found by researchers in the sea off Croatia. The discovery, made by archaeologists from the coastal city of Zadar, was announced by the municipality’s International Center for Underwater Archeology.

Dating back over 2,000 years, the boat is approximately three meters wide and nine meters long. The vessel was found just two meters deep, partially covered by sand and in good condition.

The exterior parts were damaged by worms, but the rest of the boat is in “incredibly good” condition thanks to the fact that the wood has been preserved in the sand for two millennia, lead researcher Mladen Pešić told Croatian website Zadarski.hr. .

As the boat is in a relatively shallow place, the investigation teams were able to stay in the water for almost two hours each dive, which is a big advantage over discoveries made in deep areas, where divers are forced to return to the water. surface more often.

“Each element [do barco] is marked and photographed. Based on this, we will later make the drawings of the ship itself. Unlike most ancient vessels that sink and end up deformed at the bottom of the sea, this one managed to maintain itself. Her entire shell has been preserved, which is a big plus,” said Pešić. He says samples of the wood have been sent to France for analysis of origin, which will be able to determine where the boat was built.

The International Center for Underwater Archeology in Zadar reported that excavations were carried out from 10 to 21 October. Underwater investigations will resume next year.

Researchers have long suspected the existence of a rich archaeological site in the region, where there was once a port. Roman constructions were built on the site in two phases: the first dates from the 1st century AD and the second from the middle of the 4th century AD.

Regarding the first phase, ceramic vases, amphorae, oil lamps and glass fragments were found that arrived in the region from different parts of the Mediterranean – including the current area of ​​Greece, Turkey, the Middle East and Italy.

Of the findings from the second phase, thirty bronze coins minted during the reign of the Roman emperors Constantine II and Constantius II stand out, also found in the sea.

“The old port of Barbir was discovered in 1973 and for a long time only documented on the surface. […]. In 2017, new, more serious investigations began in the area, in parallel with the investigation of a Roman village on the mainland,” said Pešić.

The discovery of the boat is the result of research that has been carried out for six years and is being carried out by the International Center for Underwater Archeology in Zadar, in cooperation with the German Archaeological Institute, and other partners such as the University of Oxford, England, and the University of Zadar.

Facebook
Twitter
Pinterest
WhatsApp
Previous article
El. Venizelos: Bars are coming with a fee for drivers who are late at the arrivals and departures areas
Next article
Alckmin says that the solution for the 2023 Budget will be defined ‘in the next few days’, but does not cite values