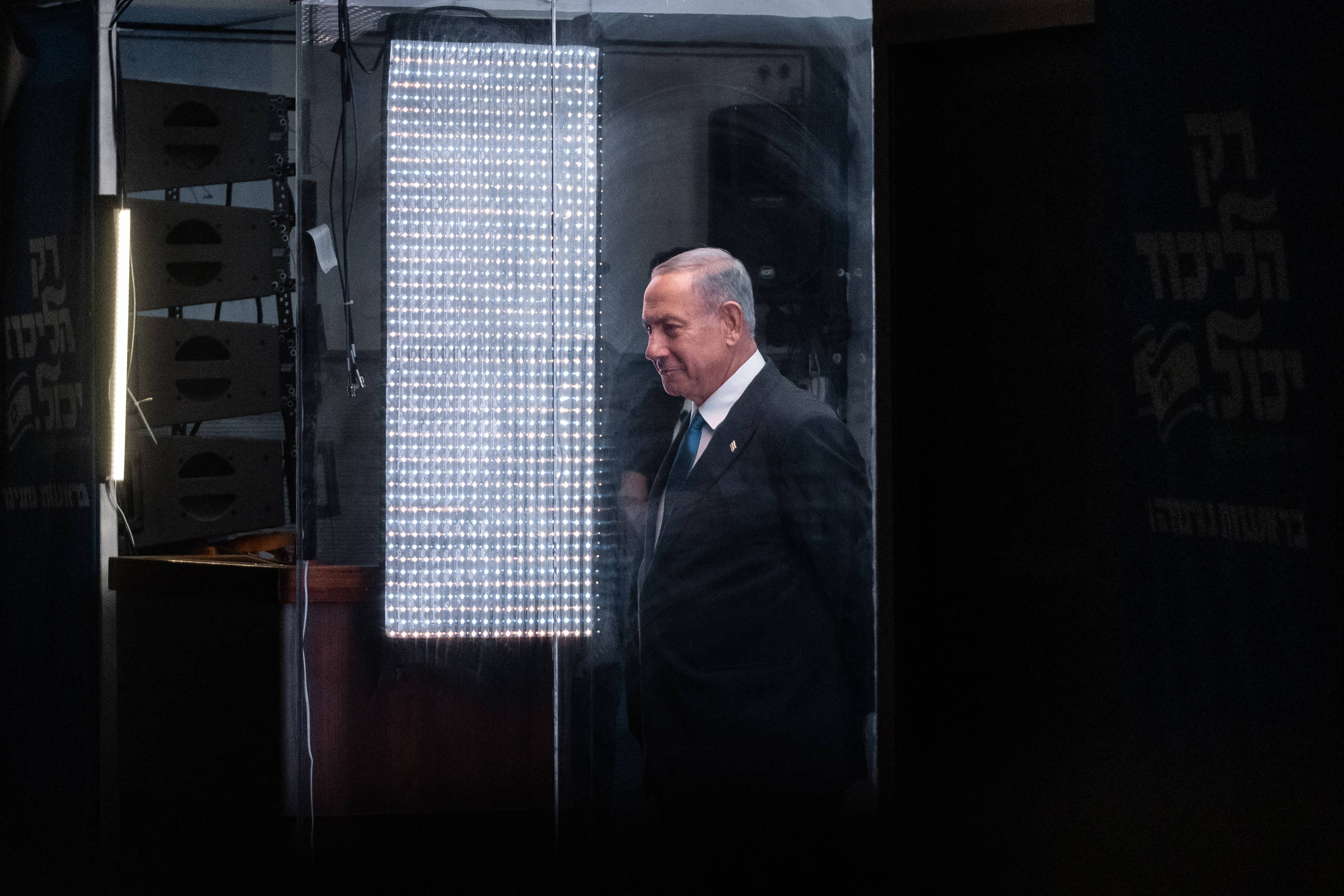 Imagine you woke up after the 2024 presidential election in the United States to find that Donald Trump had been re-elected and chose Rudy Giuliani for Attorney General, Michael Flynn for Secretary of Defense, Steve Bannon for Secretary of Commerce, evangelical leader James Dobson for education secretary, former Proud Boys leader Enrique Tarrio as head of Homeland Security and Marjorie Taylor Greene as White House spokesperson.

As I noted earlier, Israeli political trends are often a harbinger of broader trends in Western democracies – from off-Broadway to our Broadway. I had hoped that the national unity government that came to power in Israel in June 2021 could also be a harbinger of more bipartisanship here. Unfortunately, that government has now collapsed and is being replaced by the most far-right coalition in Israel’s history.

God save us if this is a harbinger of what is coming our way.

The coalition that Likud leader Bibi Netanyahu is bringing back to power is the Israeli equivalent of the US cabinet nightmare I imagined above. Only it’s real — a turbulent alliance of ultra-Orthodox leaders and ultra-nationalist politicians, including some racist and anti-Arab Jewish extremists who were once considered completely outside the norms and limits of Israeli politics.

As it is virtually impossible for Netanyahu to build a majority coalition without the support of these extremists, it is almost certain that some of them will be cabinet ministers in the next Israeli government.

As this previously unthinkable reality takes hold, a fundamental question will shake synagogues across the US and around the world: “Do I support this Israel or do I not?” This will haunt pro-Israel students on college campuses. It will challenge Israel’s Arab allies in the Abraham Accords, who only wanted to negotiate with Israel and never offered to defend a government against Israeli Arabs.

It will stress US diplomats who have defended Israel as a Jewish democracy that shares American values ​​and will make Israel-friendly congressmen shy away from any reporter asking whether the US should continue to send billions of dollars to a government inspired by religious extremism.

You haven’t seen this game before because no Israeli leader has ever “been there”.

Netanyahu was brought to power by comrades who: see Israeli Arab citizens as an unreliable fifth column; promised to take political control of judicial appointments; believe that Jewish settlements must be expanded so that there is not an inch left anywhere in the West Bank for a Palestinian state; want to pass judicial changes that freeze Netanyahu’s ongoing corruption trial; and express contempt for Israel’s long and strong embrace of LGBTQIA+ rights.

We’re talking about people like Itamar Ben-Gvir, convicted by an Israeli court in 2007 of inciting racism and supporting a Jewish terrorist organization. Netanyahu has personally forged an alliance between Ben-Gvir’s Jewish Power party and Bezalel Smotrich, leader of Religious Zionism, which has made them (surprisingly to many Israelis) the country’s third-largest acronym — giving Netanyahu the allies that Likud needed to win a parliamentary majority in the elections.

Smotrich is known for, among other things, suggesting that Israeli Jewish mothers should be separated from Arab mothers in Israeli hospital maternity wards. He has long advocated Israel’s full annexation of the West Bank and argued that “there is no such thing as Jewish terrorism” when it comes to settlers striking back at Palestinian violence on their own.

Netanyahu has increasingly sought over the years to leverage the energy of this illiberal electorate to win office, not unlike how Trump uses white nationalism, but Bibi never brought that radical element — like Ben-Gvir, who claimed to have moderated. because he told supporters to shout “death to the terrorists” instead of “death to the Arabs” – for their faction or government office.

As more of Netanyahu’s Likud allies turned away from him over his alleged criminal behavior and lies, however, Bibi had to go further and further away from mainstream Israeli politics to gain enough votes to govern and pass a law to abort his own trial and possible imprisonment.

The result is that, “as in the US, ‘policing’ has become a big issue in Israel in recent years,” Barnea said — and even though that increase began when Netanyahu was prime minister, he and his anti-Arab allies blamed the Arabs and the national unity of the Israeli government for everything.

But Netanyahu was also helped by the fact that while the right and far right were highly energized by both growing fear and distrust of Arabs — whether they were Israeli Arab citizens or Palestinians in the West Bank — his center- and center-left opponents they did not have a coherent or inspiring counter message.

Why is all this so dangerous? Moshe Halbertal, a philosopher at the Hebrew University, captured it well: for decades, members of the Israeli right, the vast majority of whom were “security hawks”, believed that the Palestinians had never and never will accept a Jewish state close to them, and therefore Israel needed to use any military means necessary to protect themselves from them.

But Israeli aggression toward Palestinians, Halbertal explained, “is now morphing into something new — a kind of general ultranationalism” that not only rejects any notion of a Palestinian state, but also sees all Israeli Arabs — who make up about 21 % of Israel’s population, almost 20% of its doctors, about 25% of its nurses and almost half of its pharmacists – as potential terrorists.

At the same time, this election is not just a struggle over Israel’s future, he said, but also “about the future of Judaism in Israel.” “The Torah stands for the equality of all people and the notion that we are all created in the image of God. Israelis, of all people, need to respect the rights of minorities because we as Jews know what it is like to be a minority. ” –with and without rights.

“This is a deep Jewish ethos,” Halbertal added, “and now it’s being challenged within the country itself. But when you have these visceral security threats out on the street every day, it’s much easier for these ugly ideologies to anchor themselves.”

This will have a profound effect on US-Israel relations. But don’t take my word for it. On October 1, the website Axios published a story citing what New Jersey Democratic Senator Bob Menendez, who heads the Committee on Foreign Relations, said to Netanyahu during a trip to Israel in September. In the words of one of the sources, the senator warned that if Netanyahu formed a government after the Nov. 1 elections that included right-wing extremists, he could “seriously erode bipartisan support in Washington.” This is about to happen.

I’ve been reporting from Israel for the New York Times for nearly 40 years, often traveling with my dear friend Nahum Barnea, one of the country’s most respected, sober, balanced and thoughtful journalists. Hearing him say a few minutes ago on the phone that “we have a different kind of Israel now” tells me that we are indeed entering a dark tunnel.