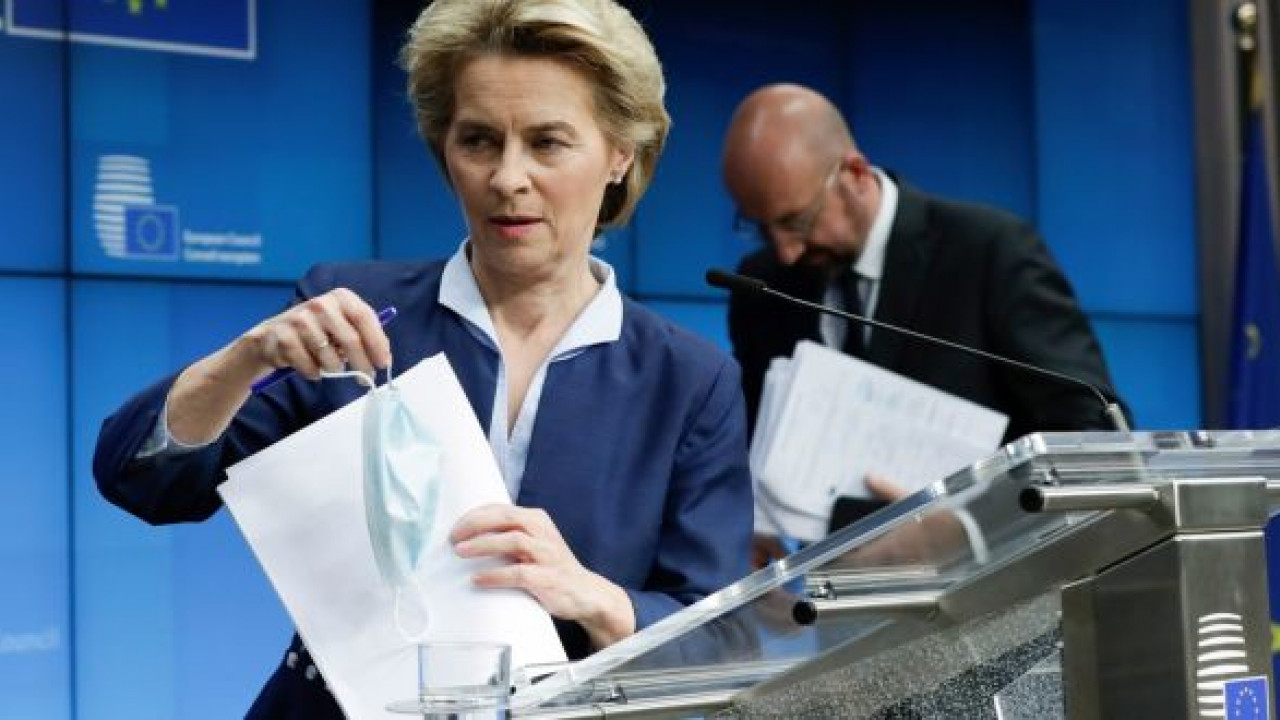 The “sofagate” with Tayyip Erdoğan catalyzed the “divorce” of the two leaders – The position of the EU in the world is threatened – “We need adults in the room” comments an indignant European official.

The “f-rage relations” of the president of the European Council Charles Michel with the President of the Commission Ursula von der Leyen are causing “a heart attack in the heart of Europe”, according to what the news portal Politico reveals.

When the leaders of the world’s most powerful countries meet at the G20 summit in Bali next week, don’t expect the European Union to present a united front. Instead of coordinating, the bloc’s two top officials – European Commission President Ursula von der Leyen and European Council President Charles Michel – are more likely to avoid each other, with their staffs involved in organizing the trip have received strict instructions to avoid any overlap in routes!

In the nearly three years since they took office, relations between Michel and von der Leyen have suffered an unprecedented breakdown, with staff at both institutions discouraged from communicating with each other, and both leaders to… be blocked by meetings with foreign officials. The dysfunctional relationship does not only affect the EU’s legislative and political agenda, which depends on a delicate internal balancing act. It also threatens to undermine the EU’s position in the world.

One of the central events of the G20 will be a meeting between Michel and Chinese leader Xi Jinping scheduled to take place on the sidelines of the summit. Given the divisions within the EU over how to deal with Beijing, the meeting is significantly overdue. But von der Leyen has not been invited. The reason; Her refusal to allow Michel to attend in a meeting with Indian Prime Minister Narendra Modi at the G7 in Germany in June. The rivalry between the Commission and the Council has long been a challenge due to an inherent structural tension within the EU’s “Byzantine system”. The Commission is the bloc’s executive arm, with the ability to propose legislation, putting its president in the focus of almost every EU initiative. But the Council is where heads of state or government meet to turn proposals into law. Although its president plays a coordinating role, coordinating the debate between the real decision-makers, the position is arguably closer to where the real power of the bloc lies.

With the two sides maintaining overlapping areas of responsibility, the result adds to the confusion, and brings back the old question often attributed to Henry Kissinger — who do you call when you want to call Europe? (The European Parliament, with its own president, provides a third center of power, but few would argue that it is anything other than a little brother to the other two).

The clash of personalities between the current incumbents has taken inter-institutional competitiveness to another level, according to many EU officials, including those who worked under previous administrations when Jean-Claude Juncker was head of the Commission and Donald Tusk was president of the Council . The meetings between von der Leyen and Michel they are essentially non-existent, even ahead of European Council summits, usually the forum where the EU makes progress on the grand strategies and immediate challenges facing the bloc. Officials from other countries and international agencies often confusingand as to who their interlocutor should be. The executives of the two institutions report the attitude of the Commission and the Council regarding participation in meetings with third parties. During ongoing discussions on the global food crisis, UN delegates were surprised when a senior EU official who had previously participated in the talks suddenly cut off from the next meetings. “Communication has completely broken down,” commented an official who spoke on condition of anonymity. Von der Leyen show some similarities in terms of their political careers. But in terms of personality, they are very different.

However, according to European officials, the relationship started calmly. In the first months, the Council’s secretariat scheduled a weekly afternoon meeting between Michel and von der Leyen every Monday.

However, although the meetings soon ceased, catalyst to “divorce” was the meeting of the two leaders with Recep Tayyip Erdogan in April 2021. Cameras captured von der Leyen’s shocked reaction when Michel quickly grabbed the only chair next to the Turkish president, leaving her to sit on a sofa opposite the Turkish foreign minister. The Commission president, the first woman to hold the position, later told the European Parliament that she was “hurt” by the incident, calling it sexist.

Dubbed ‘sofagate’, the incident went viral worldwide, with the mutual (if not always public) recriminations leading to ‘a downward spiral’ in his relationship that has only gotten worse since then.

By contrast, their predecessors Task and Juncker met most weeks and had a good working relationship, helped by their previous acquaintance as prime ministers and despite their differences on policy issues such as immigration.

Instead, Council staff are now being forced to “they hunt for information as if they were journalists”, said one official, complaining that the Commission is not informing Michel of its upcoming proposals, even though those initiatives will ultimately need the support of national governments. The European Council usually learns about the Commission’s proposals at the same time as the “serpas” (high-ranking diplomats) or representatives of the member countries. “It’s a constant struggle to get both sides to share information,” a Council official said. (Commission officials point out that it is the Commission’s prerogative to propose legislation without input from the Council.)

With the private channels not being used, the tensions of the corridors have come out, especially on handling the energy crisis. This week, in a letter made public by Politico, Michel blasted von der Leyen for not proposing a cap on natural gas after national leaders called for it at an October summit.

In the dispute between the two leaders, von der Leyen is seen as having the “upper hand”. The president of the European Council may officially represent the EU at external events, but institutionally the president of the Commission has emerged as the EU’s most prominent leader, particularly when it comes to relations with Washington.

“Honestly, they are both responsible,” an EU official pointed out. “There have been tensions in the past, but in the end you always come down to personalities. Their predecessors realized that it was in the interests of both to find a stable working relationship.” Another long-time EU official said the inter-institutional relationship was at an all-time low. “It makes no sense for the head of the European Commission and the president of the European Council to be fighting,” the official said. “In a crisis the EU is supposed to come together,” he added. “Yes, structurally the two institutions are in conflict. Sometimes there is no clear division of labor. But we need adults in the room” he commented indignantly.

Facebook
Twitter
Pinterest
WhatsApp
Previous article
Turkey: The prosecutor requested the deprivation of political rights of the mayor of Istanbul
Next article
A “Diabetes Village” is being set up at Papageorgiou Hospital in Thessaloniki on the occasion of World Diabetes Day