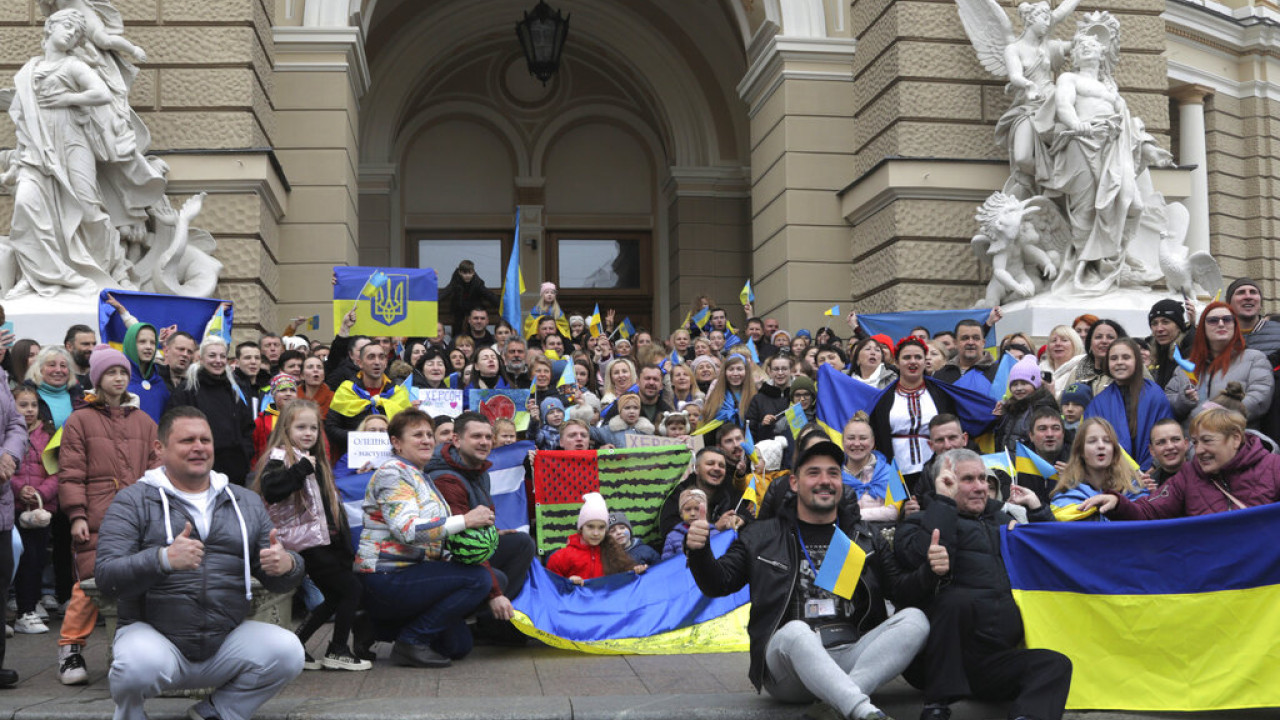 The heroes of Kherson are free: Without water, energy and internet, but with the smile of happiness

“Saturday, it was the happiest moment of my life,” Olga told the CNN crew, which arrived first in the liberated city – “We are not slaves, we are Ukrainians”

Since last March, when Russian forces occupied her city Peninsula, the air in the area became stifling, heavy, “foreign”. In the past 24 hours, everything has changed. The inhabitants of Kherson have no water to wash, they freeze in their homes due to the lack of energy, they have no internet to communicate with the outside world. Nevertheless, despite not having even the basics that the modern world takes for granted, a huge smile and tears of joy have “taken over” their face. The air of freedom is now theirs, their city is now theirs, and the Russian yoke does not weigh upon their souls. However, there is a long way to go before they say “we won”…

CNN crew entered the liberated city of Savvao and recorded a festive atmosphere, but also a harsh reality. As the crew shot live in Kherson’s main square, some in the crowd of locals sang the national anthem, while others shouted “Slava Ukrayini!”. – glory to Ukraine, making a patriotic salute. “We feel free, we are not slaves, we are Ukrainians,” Olga told CNN.

When Russian troops entered at the beginning of the war, the town tried to resist: people were turned away, tortured, disappeared, residents said. “We were terrified of the Russian army, we were terrified of soldiers who might come at any moment to our house, our home – they could just open the door, like they live here and steal, kidnap, torture”said Olga.

Celebration in the central square

But now, people flock to the central square of the newly liberated city, draped in Ukrainian flags, singing and shouting “Freedom for Ukraine”. “Everyone here is celebrating in the square here. People are wearing the Ukrainian flag, they’re hugging the soldiers, they’ve come out to see what it’s like to have freedom,” said Katerina, who described the liberation as the “best day” of her life after eight months under Russian occupation. “Our city is free, my street is free,” he told CNN.

Another local resident named Andrew said he was very happy to see Ukrainian soldiers. “I think a lot of people were killed here. We just don’t know yet.”

A Ukrainian Special Forces soldier, who gave his name only as Daniel, told CNN how his unit was the first to reach Kherson. “My commander put the flag on top of the building,” he said. “It was a real blast for us, after all. Before November 11, it was five days of hard work, really hard work. The Ukrainian soldiers, as always, have just confirmed again that they are stronger than the Russians.” He added that civilians in Kherson they are the “real heroes” who endured so long under Russian occupation. “I can’t imagine how happy they are right now,” she said.

On Friday, Russia announced it had withdrawn from the western bank of the Dnipro River in the strategic southern region of Kherson, leaving the regional capital of the same name and surrounding areas to the Ukrainians.

The retreat represents a major blow to Putin’s war effort in Ukraine. Kherson was the only Ukrainian regional capital to be captured by Russian forces since the February invasion. Their departure to the east along the Dnieper ceded large areas of land that the Russia it has occupied since the first days of the war and which Putin had officially declared as Russian territory just five weeks ago.