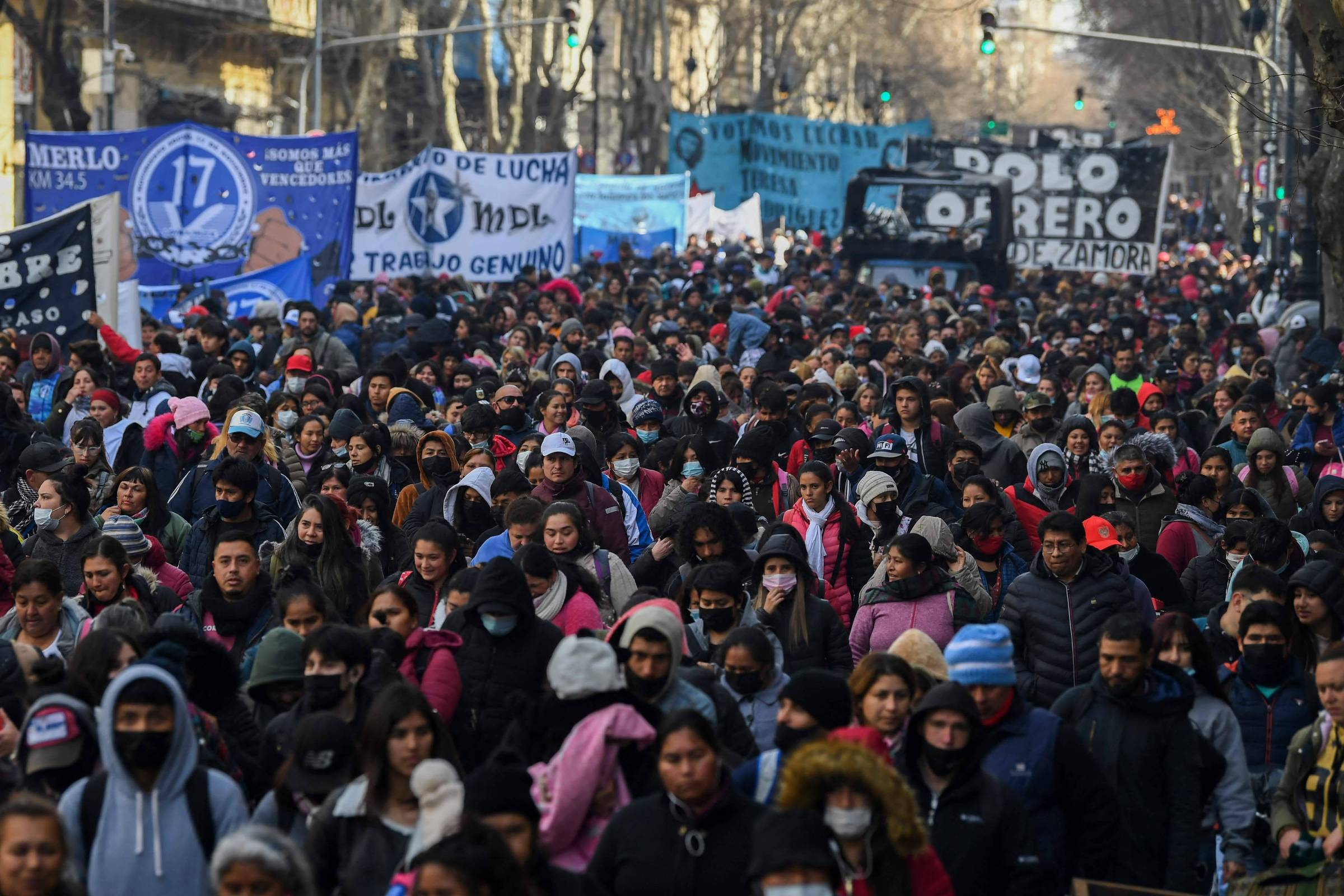 When the world reaches the mark of 8 billion people this Tuesday (15), more than 662 million will be living in Latin America and the Caribbean, according to the UN projection. A new peak is predicted for 2050, when this figure will reach 750 million, but from then on, there will be a decline to 650 million in 2100.

The region’s population growth rate is below the global rate. And the tendency is for the reduction to be constant until, at least, 2056. This shrinkage, explains Sabrina Jurán, a sociologist at the technical division of the United Nations Fund (UNFPA), based in Panama, is related to a downward trend in fertility.

Today, two-thirds of the world’s population live in countries where the fertility rate is less than 2.1 births per woman — in Latin America and the Caribbean, the rate is 1.84.

For the expert, the projections indicate the need for more quality data on populations. “The number of people is not a problem in itself, but we are concerned about the level of information about the population, because this way we can anticipate demographic changes and help provide data for the formulation of public policies to face negative consequences.”

Jurán adds that, partly due to the pandemic and the economic crisis, the surveys lack regularity and precision, so there are 39 countries that need to reschedule or update their censuses — in Bolivia, for example, the date of the new survey has become a reason for crisis. politics in the Luis Arce government.

For María Fernanda Olmos, a demographer at the University of Luján, in Argentina, the fertility rate below the international average represents a different problem in the region. “We have a concentration of these birth rates in teenagers, which causes several social problems and for health systems. That’s why the numbers must be read very carefully. Always the most important thing is not the general, but how the analyzed by population group”, he says.

One of the essential data about the region that exemplifies this is the increase in life expectancy, which, according to the UN, needs to serve as a warning to local governments in relation to decision-making on pensions and retirements.

Demographic changes bring both opportunities and challenges to the region. For Jurán, the advantage lies in the increase in the young population, more apt to work and, therefore, pushing up the productivity curve — although this also depends on public policies. On the other hand, the new scenario, with higher life expectancy, will require countries to implement measures that adapt public programs to their aging populations.

While in rich nations immigration contributes to the increase in population, in the case of Latin America it is a factor of decrease — especially in Venezuela and in Central Americans such as Haiti and Nicaragua. In the latter, for example, there are 7 million citizens outside the territory, dependent on the laws that allow or veto the permanence in the host countries.

“The country is becoming a territory for children and old people”, says Anitza Freitez, from the Institute of Economic and Social Research at the Andrés Bello Catholic University in Caracas. “And there is no economic recovery just with this human material.”

In Uruguay, population reduction has become a state issue. In practice, the number of Uruguayans has not grown significantly for decades, a phenomenon exacerbated by the coronavirus pandemic. The case led the current president, Luis Lacalle Pou, to form a commission to study the issue.

“No country has a solid future without a thriving population, and for that we have to work on creating jobs and strengthening the health system,” said the Uruguayan leader at the beginning of 2022. The local birth rate is even lower than the regional average of 1.4 children per woman.