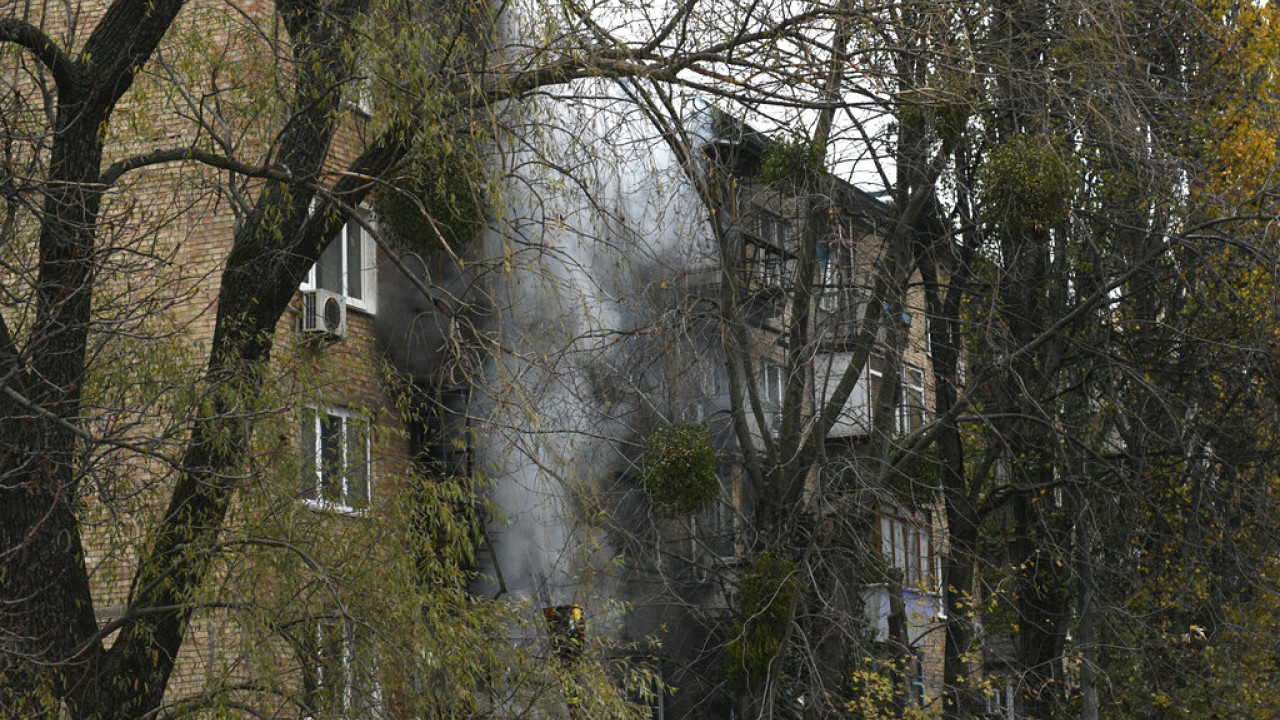 Barrage of explosions in Ukraine – Sirens sounded across the country

At least one person was killed, according to Ukrainian authorities, after a barrage of Russian missile attacks that took place this afternoon in various parts of Ukraine, including in Kyiv, Poltava, Mykolaiv, Dnipro Chernihiv and Kharkiv sending its residents to the shelters, as broadcast by the public radio and television station of Ukraine.

A body has been found in the debris in Pecherskyi district of Kyiv where Russians hit a residential building earlier today. First responders continue working on site.

According to the mayor of Kyiv, Vitali Klitschko the attacks hit two apartment buildings in the Pechersk district of Kyiv. It is a residential area to which rescue crews are currently rushing, as he wrote on Telegram.

Rescuers work at the place of “arrival” in #Kyiv. pic.twitter.com/mBLRRHMs6o

“Several missiles were shot down by air defense over Kyiv. Doctors and rescuers at the scene of the strikes”Klitschko wrote.

Pictures from the shelters

Kirill Tymoshenko, the deputy head of Ukraine’s presidential office, released a video purportedly showing an apartment building on fire after the explosions reported in Kyiv.

This video published by Deputy Head of the President’s Office Kyrylo Tymoshenko shows an apartment building on fire following a Russian missile attack on central Kyiv.

According to the official, Russia hit 2 residential buildings on Nov. 14. Rescue operation is underway. pic.twitter.com/uJ0VLmTDXQ

Also, the cities Kriviy Rih, Poltava and Cherkasy have been affected, according to the chiefs of the city and their districts. Alongside, Oleh Sinekhubov, the governor of Kharkiv also stated on Telegram that “that conquerors are hitting Kharkiv! Stay in shelters” while explosions are also heard in Lviv according to the mayor.

The Ukrainian Minister of Internal Affairs, Anton Gerashchenko, reported that four missiles were shot down.

Power outages in Kyiv and Sumy

At the same time, widespread power outages are occurring in Kyiv and Sumy. According to the mayor of Kyiv, Vitali Klitschko, at least half of Kyiv is currently without power.

“Due to a massive missile attack, at the behest of the national electricity company Ukrenergo, the energy industry initiated emergency blackouts across Ukraine. In particular, in the capital. This is a necessary step to balance the power system and prevent equipment accidents. Stabilization downtime schedules are not currently in effect! In the capital, at least half of the customers are without electricity,” said the mayor of Kyiv.

Alongside, the governor of Sumy, Dmytro Zhivitsky reported on Telegram that they will take place emergency power outages in the area as a result of “enemy attacks on Sumi and the surrounding area”.

Andriy Yermak, the president’s chief of staff, tweeted that Moscow responded to Volodymyr Zelensky’s speech “with a new missile strike.”

It is recalled that earlier today the Ukrainian president presented his terms for the end of the war in Ukraine to the G20 leaders and called on them to support his plan.

Russia responds to that @ZelenskyyUa‘s powerful speech at #G20 with a new missile attack. Does anyone seriously think that the Kremlin really wants peace? It wants obedience. But at the end of the day, terrorists always lose.

Facebook
Twitter
Pinterest
WhatsApp
Previous article
Larissa: Many tractors in the center of Agia – Apple growers are preparing for Athens
Next article
Incredible incident in Evia – A hungry calf appeared in a tavern