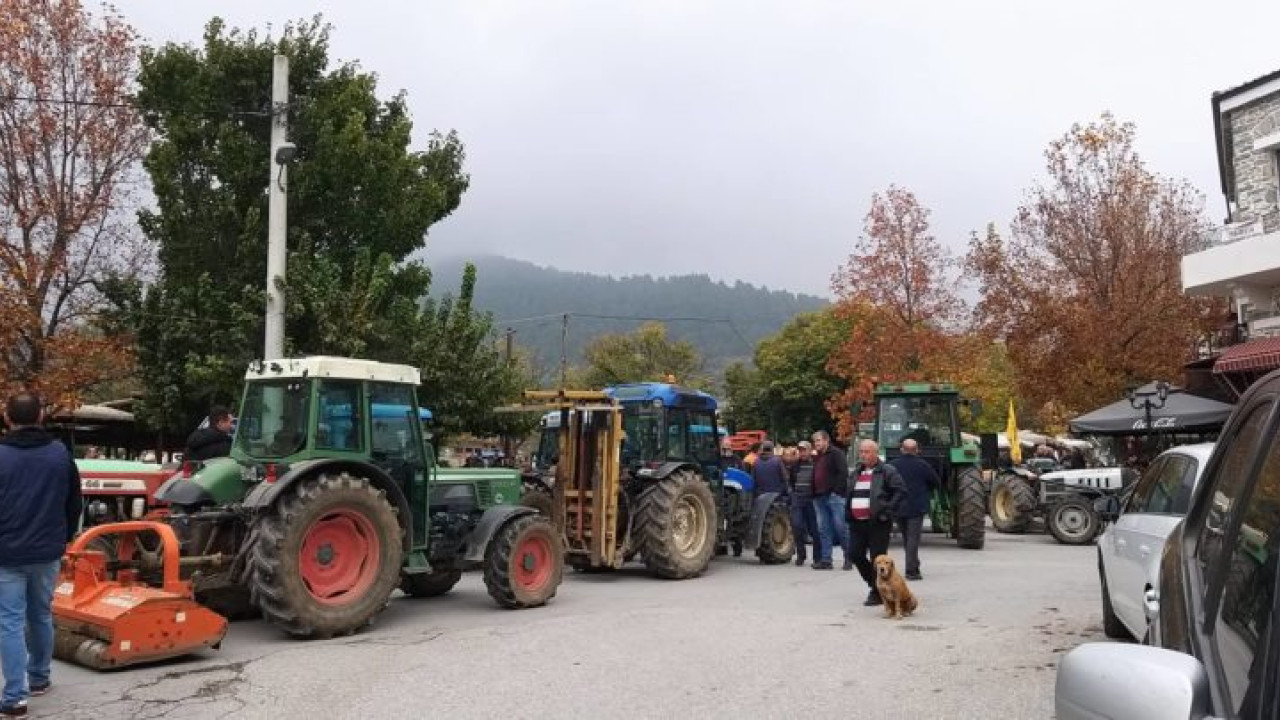 Larissa: Many tractors in the center of Agia – Apple growers are preparing for Athens

More than 130 tractors caused a traffic… heart attack in the city center.

The mobilization of the apple growers in Agia on Tuesday morning is large in volume and participation.

More than 130 tractors caused a traffic… heart attack in the city center.

In his statements to onlarissa.gr, the president of the United Federation of Agricultural Associations of Larissa, Mr. Rizos Maroudas, argued that “the massiveness of today’s mobilization in Agia is unprecedented and shows the magnitude of the problem we are facing. It is a problem of survival for us, the families and the very existence and economic life of the Municipality of Agia. The participation in the other regions of the country is also great. With unity and struggles we can have positive results. The government must listen to the message of the masses and give us what we ask for, which is justice.”

If there is no immediate satisfaction of the demands from the government, the apple growers plan to descend on a large protest in Athens, probably next week, on November 24.

It is recalled that the apple producers request the following:

To apply until 2027 as the Government had committed last year to pay linked aid to Apples, Chestnuts, Almonds, Walnuts, Peaches, Pistachios.

We demand replacement of the lost income under the responsibility of the Government. There is money, but it is her political choice to stuff entrepreneurs with billions of euros and throw crumbs that do not cover the damage to the producers of the primary sector.

Immediate measures to reduce production costs. Duty free oil as given to shipowners. Ceiling of 0.07 cents/Kwh on rural electricity, abolition of the Energy Exchange and the polluter fine. Cheap energy for our fields, stables, homes. Subsidy of means and supplies and animal feed and abolition of VAT.

Prices that cover production costs and leave us with a sustainable income to support our families and continue our crops.

Change in ELGA regulation that insures and indemnifies 100% production and capital against all natural disasters and diseases.

Facebook
Twitter
Pinterest
WhatsApp
Previous article
Thessaloniki: “Higher quality” buyers from the Balkans are turning to the more expensive properties
Next article
Barrage of explosions in Ukraine – Sirens sounded across the country