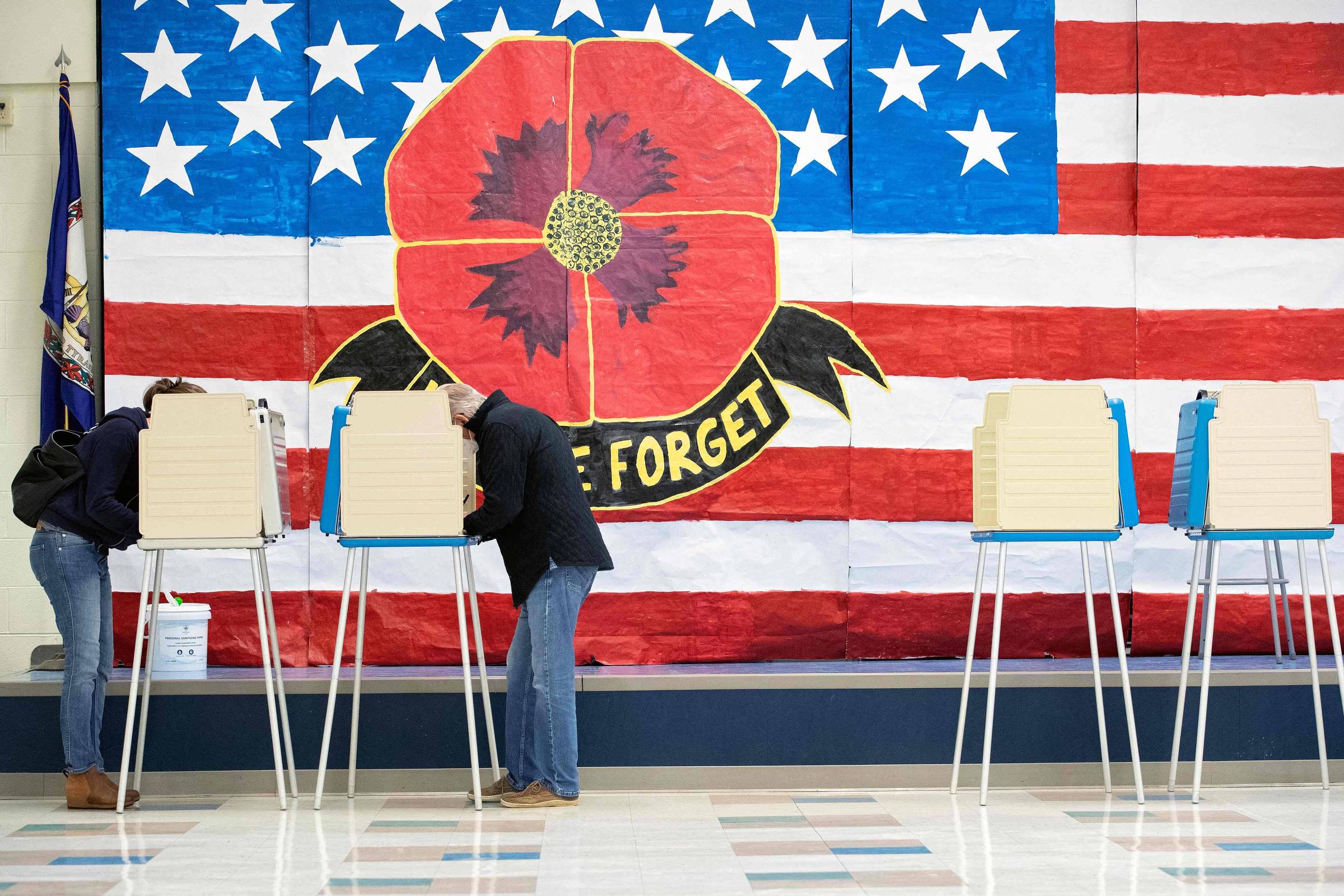 Opinion – Ross Douthat: How midterms have become a reflection of the stalemate trend in American politics

This column proposes to bring very little data such as numbers and forecasts of electoral results, but the week of the midterms constitutes a necessary exception. I resisted the temptation to make too many specific predictions about the 2022 midterms, but voters could certainly detect what I envisioned.

My pre-election columns focused more on the problems afflicting the Democratic Party than on the difficulties of the Republican Party, and when The New York Times asked columnists to predict the outcome of a single race, I predicted that the winner in Pennsylvania would be Mehmet Oz. (there is!).

I didn’t anticipate a republican tsunami, but when opinion polls pointed to a narrowing gap after Labor Day [4 de setembro]I thought that giving two or three extra points to the Republicans, as a whole, and predicting that they would win most close Senate races would be a reasonable gamble.

It wasn’t, and once again it became clear that I am not a “superforecaster” (a term coined by Philip Tetlock to describe analysts who are very good at predicting specific outcomes), but a more common type of “superforecaster,” who, when When it comes to predicting the next election result, there is always a tendency to think that the previous one was a little more significant than it actually was.

So, because the Republican establishment was able to win Mitt Romney in the primary in 2012, I predicted that he would be able to block the nomination of Donald Trump in 2016. Because Barack Obama defeated Romney easily, I figured Trump would also lose to Hillary Clinton.

Then, because the national polls, contrary to the general view, were pretty accurate for Trump’s 2016 windfall victory—giving Hillary a small lead in the end, not a big lead—I figured they would be pretty accurate on 2020 and I assumed that the race would be practically lost for Trump, when in reality he remained competitive until the end. And finally, because so many polls in 2020 underestimated the resilience of the GOP, I suspected we’d see a similar effect in near-tied races in 2022, but I was wrong again, seeing the Democrats do much better this time.

In most of these cases, my election predictions would have benefited from less poll analysis and more analysis of the bigger picture. After all, one of the larger themes I often write about is the power of paralysis and stalemate in Western life, and time and again in American politics we see this tendency to stalemate reassert itself, running counter to expectations of a landslide victory for one side or another. other.

So, in 2016 we might have thought that if the Republicans nominated Trump as their candidate, the Democrats would crush them, but the price of Trump’s unpopularity turned out to be much lower than anyone imagined. In 2022 we might have conjectured that if inflation rose too high and Biden’s approval rating remained low, the Republicans would surely be the big winners, but instead the Democrats seem to have gone head-to-head to a near-tie.

And this pattern is maintained even when unexpected and very serious crises occur, such as a pandemic of the type that (God willing) only happens once in every generation. Many progressives expected Trump to be outright repudiated for his disastrous handling of Covid, but instead he was just defeated by a normal, modest margin.

Then, based on what happened in Virginia’s 2021 gubernatorial race, many conservatives predicted a similar backlash at Democrats who erred in overreaching pandemic restrictions — but by 2022, many voters appeared to have put that behind them.

The deadlock pattern is not just a matter of repeated failures by the two parties. It reflects a mix that is characteristic of American society today: unimaginative repetitions and rather destructive forms of efficiency.

The repetitions come from politicians who can’t think beyond the path that will lead to a majority of just 51%, who aren’t capable of making the leaps that would be needed to recreate a coalition like Reagan’s, let alone a Rooseveltian coalition, and who find it difficult to govern in the broader conditions of economic stagnation and social and spiritual dissatisfaction.

And the repetition is also due to the structure of polarization in the West, which increasingly opposes populist parties to meritocratic ones, with the former constantly harming themselves with incompetence and foolishness and the latter doing the same with their technocratic arrogance, in a movement that repeats and in which they are mutually reinforcing.

But efficiencies also matter. In last week’s column, I quoted Derek Thompson’s essay on how professional baseball was partially spoiled by data-hoarding nerds who treated the sport “as an equation optimized for Y, solved for X, and in the process proved that a solved sport is a worse sport”.

The analogy with politics is a little inaccurate, but there is a way in which something similar happens today with strategists and activists of both parties. Strategists are very good at never leaving too many votes on the table, maximizing voter participation and grassroots mobilization, within the broader constraints I have just described. Activists are very good at putting constant pressure on party leadership to go as far as possible in their preferred direction, and they are getting better at creating interlocking pressures, all the different activist groups reinforcing each other’s messages – the American Civil Liberties Union sounding like Planned Parenthood, with echoes of the Sierra Club, for example. And, like the quantitative theory analysts who scrutinize baseball statistics, together they have created a more efficient and ideologically coherent form of national policy that is likely to be detrimental to the country as a whole.

This was one of the elements of the peculiar attraction exerted by Trump, especially in 2016, even on some people who opposed him: the fact that he resisted the strategists and ideological patrollers of the Republican Party and won anyway, proving that a political style more unpredictable, more averse to categorization, it could still be very well received in America.

After that initial shock, however, Trumpism failed by all means to discover a real way out of the impasse. The question now for Republican voters is whether they think that will change in any way — whether the path will widen, leading to a sunny tomorrow — if they give Trump one more chance.