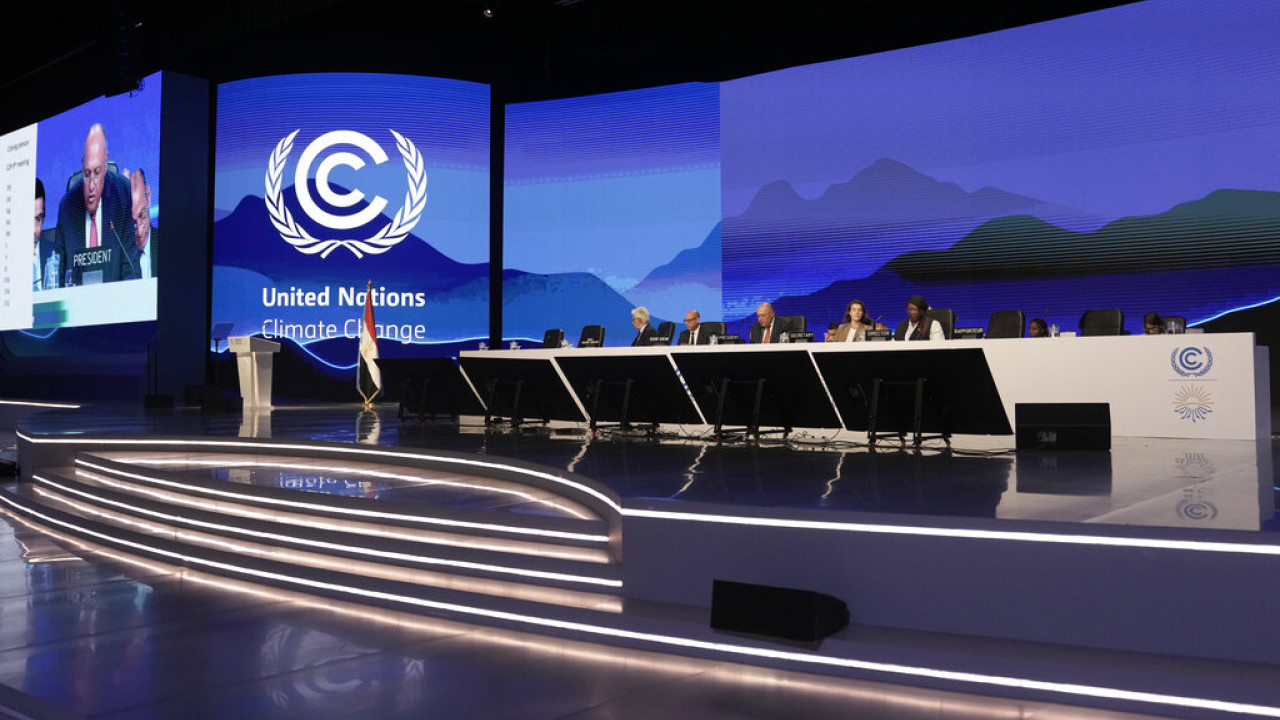 Attendance at COP27? Concern about Egyptian application downloaded by representatives of countries

Emails, texts and voice chats at risk – App has more than 10,000 downloads on Google Playstore

It can show a bus route or update the weather. However, technology experts and human rights organizations argue that the Egyptian online mobile application (app) for the UN Climate Conference COP27 it has a very insidious dimension as it can be used to spy on agents, to monitor their conversations, messages and emails.

“It’s an espionage tool,” said Frans Ibert-Vier, head of UBCOM, a Switzerland-based cybersecurity firm that conducted a technical analysis of the app.

“It’s an opportunity for the government to collect and update all this data from all these people for free, without any effort, within two weeks,” he told the Thomson Reuters Foundation in a telephone interview from Paris.

The app lists timelines of climate talks and profiles speakers. It also asks for the user’s name, email, mobile phone number, nationality and passport number and requires location tracking to be enabled.

THE app has more than 10,000 downloads on Google Playstorea figure that equates to nearly one in three registrants at the UN Climate Conference in the Red Sea resort.

But cyber experts say the app can also be used to listen in on conversations, read private emails and monitor texts – the kind of surveillance they say many Egyptians often face.

With concern growing over the app, Egypt’s Ministry of Communications and Information Technology did not respond to a request for comment from the Thomson Reuters Foundation.

However, Egypt’s special envoy to the Conference, which was attended by representatives from nearly 200 countries, said there was nothing improper or hidden about it.

“A cyber security assessment was done and it completely refuted it,” said Wael Aboulbagd, Egypt’s COP27 special envoy, denying that the app poses a security threat.

The United Nations is also investigating allegations of misconduct by Egyptian police officers providing security for the talks, according to the Associated Press.

Egypt has repeatedly faced questions about the human rights record under the presidency of Abdel Fattah al-Sisi, the former head of the Egyptian armed forces.

Human rights organizations say political dissent is being silenced and tens of thousands of people have been jailed. COP27 was further overshadowed by the case of Alaa Abdel Fattah, an imprisoned Egyptian activist who is on hunger strike to protest his detention and prison conditions.

Advocating caution, some Western governments have urged their officials not to even download the online app, Politico reported, amid fears the app could be used to hack into their emails, read their texts or eavesdrop on private conversations of delegates .

The UN Climate Conference was attended by more than 90 heads of state, along with thousands of journalists, activists and business leaders.

“Everyone should be concerned” about the issue of surveillance at COP27, said Tony Roberts, a member of the African Digital Rights Network, a lobby group.

Egypt, after all, according to Roberts, knows the “art” of state surveillance, he said, citing numerous internet blackouts, censorship of online content and the frequent stifling of dissent.

“The mandatory collection of detailed personal information and mandatory location tracking on the COP27 mobile app is a blatant violation of privacy,” he said via email.

An app to track Covid-19 at this year’s Winter Olympics in Beijing contained flaws that could have exposed participants to data breaches, be it passport details or medical history, said Citizen Lab, a cybersecurity watchdog with based in Toronto.

China said its app was mainly used to monitor participants’ health and that it followed strict rules to protect their data.

Egypt’s COP27 app is not mandatory for delegation members, but is promoted on the conference website as the official government app that provides “delegate-focused services”.

“The app will be there for you every step of the way, from your arrival in Egypt to your departure,” reads the description of the app on the UN website.

The app can access a user’s calendar, camera, microphone and contacts and collects more data than it needs to, Ibert-Vier said.

“Your whole system can be read by this app,” he said. Encrypted files are the exception, he added.

Marwa Fatafta, policy manager for the Middle East and North Africa at digital rights group Access Now, said she had seen a technical analysis of the app and described it as “highly intrusive”.

“It requires excessive permissions that are unnecessary and disproportionate to its intended function, such as access to the user’s camera, microphone, GPS location, email and user accounts for apps such as WhatsApp,” he said.

“There is no justification for the Egyptian authorities needing this intrusive access to people attending COP27.”

Akwa, an African activist who attended the conference and asked not to be named for fear of reprisals, said she was surprised by the number of licensing licenses the app is seeking.

She immediately downloaded it to access the agenda and transport timetable, then deleted it to protect her privacy.

“I was worried about the (Egyptian) authorities using this app to track me,” he told the Thomson Reuters Foundation.

Oluatosin Ogunsola, a Nigerian businessman, said he did not download the COP27 app.

“Participants are concerned because so much data is required,” he said. “I downloaded another transportation app that didn’t require this much data.”

Ahead of the UN Climate Conference, Egypt also said all taxis in Sharm El Sheikh must install a camera, a move Human Rights Watch said allows the security service to spy on drivers and passengers at COP27 .

The local governor told Egyptian television that the cameras were only installed to check how drivers were behaving and to make sure they were paying the correct taxi prices.

On Sunday, German federal police warned Germany’s COP27 delegation that its members could be subject to spying by Egyptian security agents, Reuters reported.

The police spoke of “overt and covert surveillance through photographs and video recording” by Egyptian agents, Reuters pointed out.

“When an international conference is held in what is essentially a police state, then these are the things that happen,” said Adam Kugle of Human Rights Watch, referring to mass attendances at COP27.