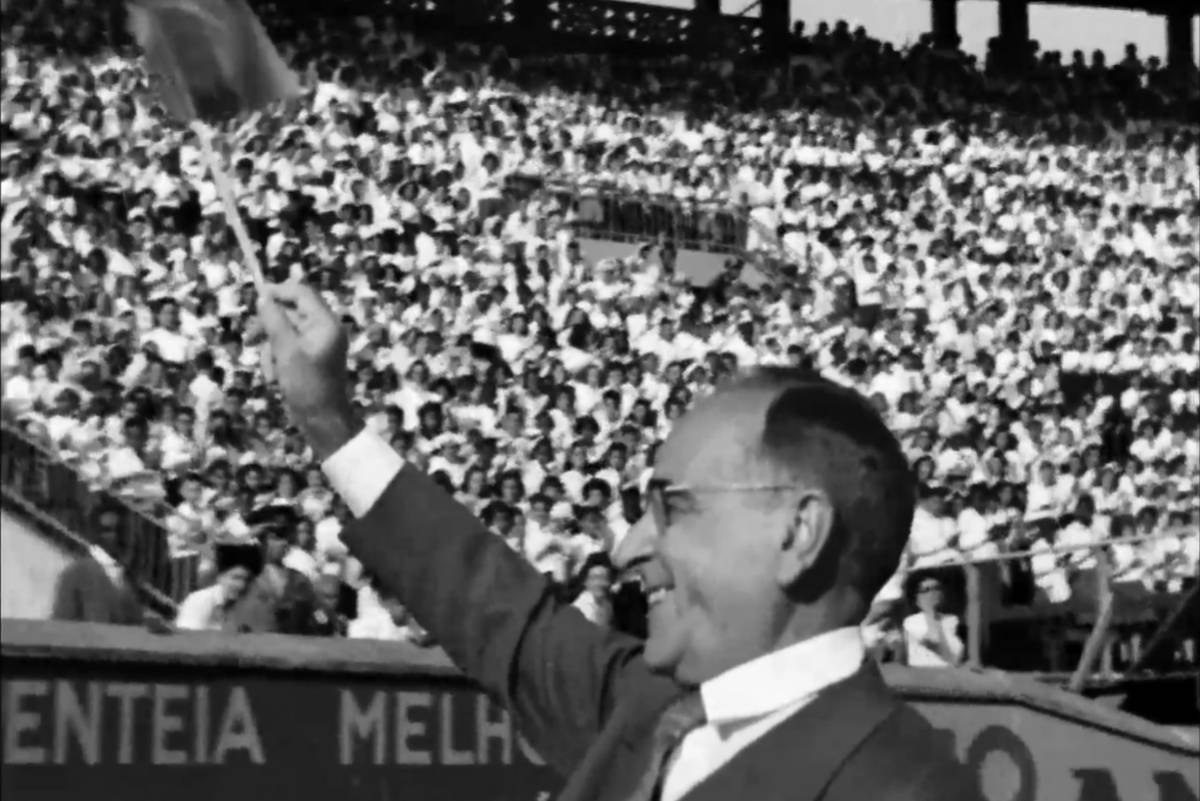 Hans and Elisa met on the ship that was bringing them to Brazil. He was German from Berlin; she, an Austrian from Vienna. They arrived in Santos in February 1941, during the Second World War (1939-1945). And they were Jewish refugees.

What is exceptional in the history of both is that they managed to legally leave Europe at a time when segregationist policies allowed Jews to be transported, at most, to the Nazi death camps. That was the ticket of no return for the victims of the Holocaust.

Well then, Hans and Elisa got married in 1942 in São Paulo, and their only child, the journalist Rubens Glasberg, now publishes the biography “Os Indesejados” through the publisher Terceira Nome, which is much more than a family story. It is a precious account in detail of politics and anti-Semitism in Brazil during the Estado Novo and in Europe after the First World War.

In short, Elisa Klinger, her maiden name, was able to leave Europe because she and her parents were 3 of the 473 “non-Aryan Catholics” —euphemism for Jews largely with false certificates of conversion to Christianity— who received signed diplomatic visas, in spite of Getúlio Vargas and Itamaraty, by Luiz Martins de Souza Dantas, Brazilian ambassador in Paris.

The case of Hans Glasberg is even more colorful. He was one of the beneficiaries of a protocol that Getúlio agreed to sign with Pope Pius XII to allow the entry into Brazil of a small group of “Catholic Israelites”, a denomination of converted Jews or Christians born of mixed marriages —all of them, through the doubts, criminally persecuted by the Third Reich.

The future couple would come across generous characters on their way to escape into exile. Elisa and her parents were sheltered in a small town in France for a year by the Catholic mayor and his family, whose discretion protected them even after the arrival of German troops.

They were also graced by the action of a former nurse who became a prostitute and, as a penance, helped the needy as a member of the Resistance. Of her, who was shot before the end of the war, we do not have her name or other biographical details.

Finally, part of the high Catholic hierarchy acted to discreetly allow the greatest number of Jews to leave Europe. This was the case of the archbishops of Lyon and Marseille, who, together with the Vatican representative in Vichy —where the capital of France at the time— they bridged the gap between the Jewish family and the Brazilian embassy, ​​also installed in the small town.

Ambassador Souza Dantas is a special case. He lost his job for having issued the unauthorized passports. Among his persecutors there are characters with the profile of the pig spirit, anti-Semites and Nazi sympathizers. Among them, the Minister of Justice of the Estado Novo, Francisco Campos, and the Brazilian ambassador in Berlin, Ciro de Freitas Valle.

In time, Geza Klinger, Elisa’s father, who had been a tanning and shoe manufacturer in Austria, when he was a refugee in France, personally sponsored the trip of 30 relatives to Argentina in exile.

Hans Glasberg was also benefited by good souls. A medical student whose career was interrupted by Adolf Hitler, he took refuge in Italy, where Mussolini’s fascism was at first less intolerant of Jews, a situation that changed in 1938. Hans became a “Catholic Israeli” when he was helped by Brazilian diplomats and members of the Italian church hierarchy.

In the Germany of the Glasbergs, the rise of Nazism, in 1933, led to anti-Semitism as a state policy that would lead to Kristallnacht —murders and destruction of shops and synagogues—, in 1938, and finally to genocide in the gas chambers.

The scare of the Klingers was even greater, because only in 1938 was Austria annexed to the Third Reich and adopted anti-Semitic legislation. In a city like Vienna, where a tenth of the population was Jewish, the 1934 census indicated that 85% of the lawyers, 52% of the doctors and 73% of the weavers were Jews. Anti-Semitism was openly professed by right-wing political parties, without being, however, an official guideline.

What about Brazil? For two decrees by Getúlio of 1938 vetoed Jewish immigration, in the implicit name of a eugenic project that defined which “races” were undesirable for the project of white and Christian nationality.

Plínio Salgado’s Ação Integralista Brasileira had an anti-Semitic and Germanophile wing, headed by Gustavo Barroso —who, coincidentally, was a passenger between Lisbon and Rio de Janeiro on the same ship that brought the future Glasberg couple to Santos.