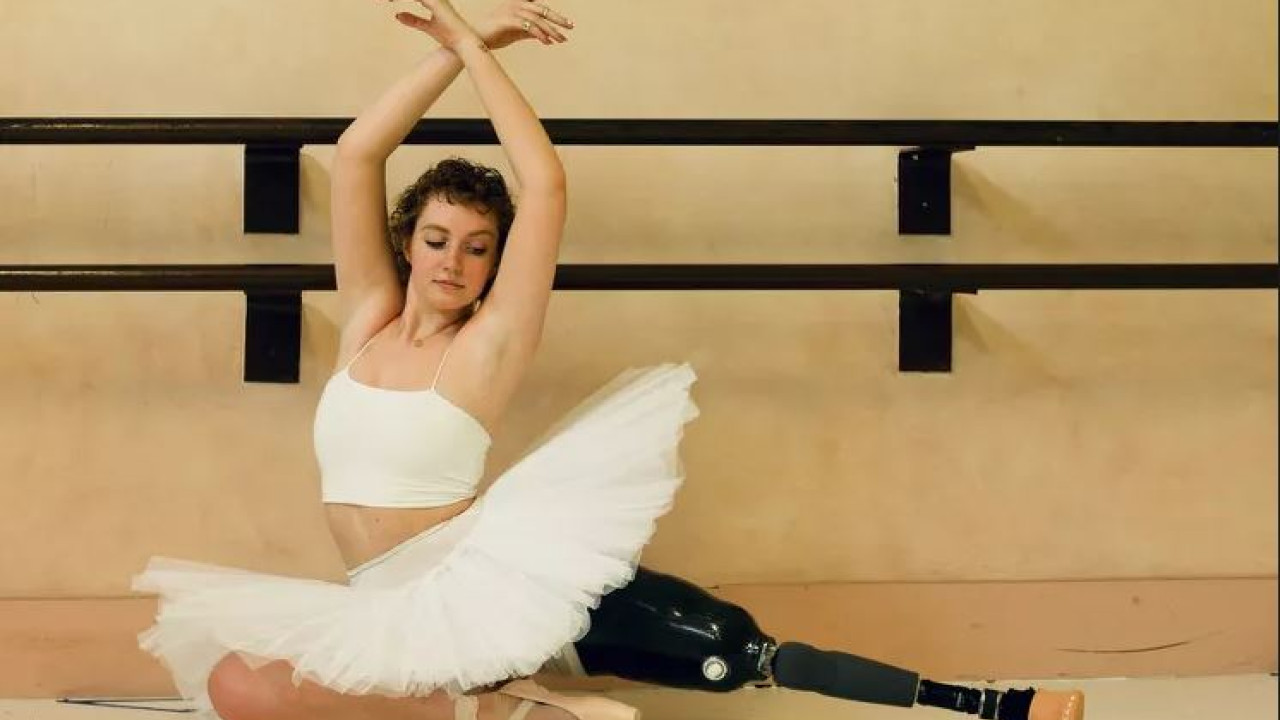 Incredible will to live: Ballerina dances with extra leg after amputation – I never gave up

Skrubis had her left leg amputated above the knee in April 2020. Read her shocking story

Kara Skrubisa dance student at the University at Buffalo, spoke to People about her return to ballet after her battle with osteosarcoma.

Kara Skrubis has had a passion for ballet since the age of 3, competing all over the country and her dream was to teach the new generation how to love dance. Today at the age of 21, Kara revealed that after her battle with cancer, her purpose is now sacred.

In October 2019, Skrubis woke up one morning with a lot of pain in her left knee. As an 18-year-old freshman and dance major at the University at Buffalo, she was anxious about her potential injury. However, a visit to a doctor’s office reassured her, the pain was overcome and she completed the semester herself.

After the Christmas holidays that year, when her pain continued, Skrubis decided to see an orthopedic doctor. An X-ray revealed that the lump was actually a tumor, and in January 2020, Skrubis was diagnosed with a common bone cancer called osteosarcoma.

“When I was 13, my father died unexpectedly and I had to accept it and figure out how to deal with it,” she says. “And I don’t want to say it prepared me, but it was kind of the same thing, that this cancer was something devastating and completely unexpected and I had to go in with all my might and take it from there.”

She began chemotherapy treatments shortly after her diagnosis, and then doctors told her to either undergo limb-salvage surgery to remove the tumor or undergo an amputation.

“Chemotherapy took a toll on my body and, of course, the amputation changed my life a lot. But I just wanted the tumor to go away. I didn’t want to do another treatment,” he explains.

Skrubis had her left leg amputated above the knee in April 2020. She completed treatment — a total of nine months of chemotherapy and eight months of immunotherapy — and was fitted with a prosthetic limb the following September.

Skrubis sees her amputation as a positive outcome and admits that the will to live is stronger than any hardship.

“I never gave up believing that I could dance again,” she explains. “Ballet is somehow my way of embracing my disability, showing that I’m not afraid to do whatever I want. I hope my story will give courage to other children who are facing similar difficulties.”

Facebook
Twitter
Pinterest
WhatsApp
Previous article
Saudi Arabia: Twice as many executions as last year – The crimes punishable by death under sharia
Next article
Steven Spielberg has found a leading man for his next film – The charming Bradley Cooper