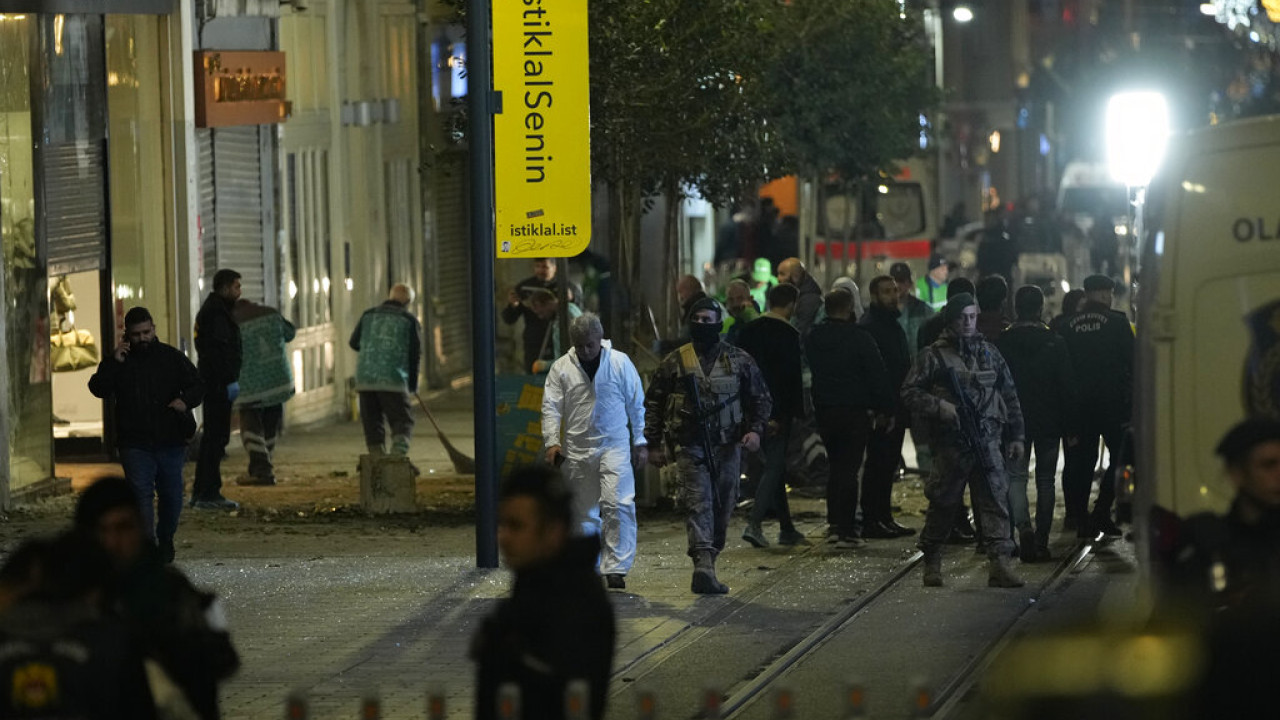 Bulgaria: Charges against five suspects in the explosion in Istanbul

Their role was “logistical”, clarified the Bulgarian prosecutor’s office and added that it requested the pre-trial detention of four of them.

Her prosecution Bulgaria announced today that it has charged five suspects in connection with the Nov. 13 attack in Istanbul, which authorities have blamed on the Kurdistan Workers’ Party (PKK) and their allies in Syria.

“Charges were brought against five people for helping” one of the alleged perpetrators of the attack to escape, said Siika Mileva, a spokeswoman for Sofia’s general prosecutor.

Their role was “logistical”, he clarified and added that the prosecution requested the pre-trial detention of four of them.

According to local TV networks, three are from Moldova and one from an Arab country, which was not named.

Six people were killed and 81 others injured in the explosion that occurred last Sunday afternoon on this busy pedestrian thoroughfare in the heart of Istanbul.

So far there has been no claim of responsibility for the attack.

Seventeen suspects have been remanded in custody in Turkeyincluding a 23-year-old young woman accused of planting the bomb on a bench on Istiklal Avenue.

THE Alham Albasir, who was arrested in an apartment in a suburb of Istanbul and presented himself as a Syrian national, he entered Turkey illegally from northeastern Syria, according to authorities.

The 23-year-old confessed to her act during her detention, they said.

According to the official Anadolu news agency, citing a police report, Alham Albasir said she first came into contact with the PKK in 2017 through her ex-boyfriend and maintained a relationship with the organization after they broke up.

The PKK and the Syrian Kurdish militia, the People’s Protection Units (YPG), accused by Turkey of being linked to the PKK, have denied any involvement in the Istanbul attack.

Facebook
Twitter
Pinterest
WhatsApp
Previous article
Is sex the new exercise? – Read what the experts say
Next article
FIFA president sees hypocrisy in criticism of Qatar and says fans will survive without beer