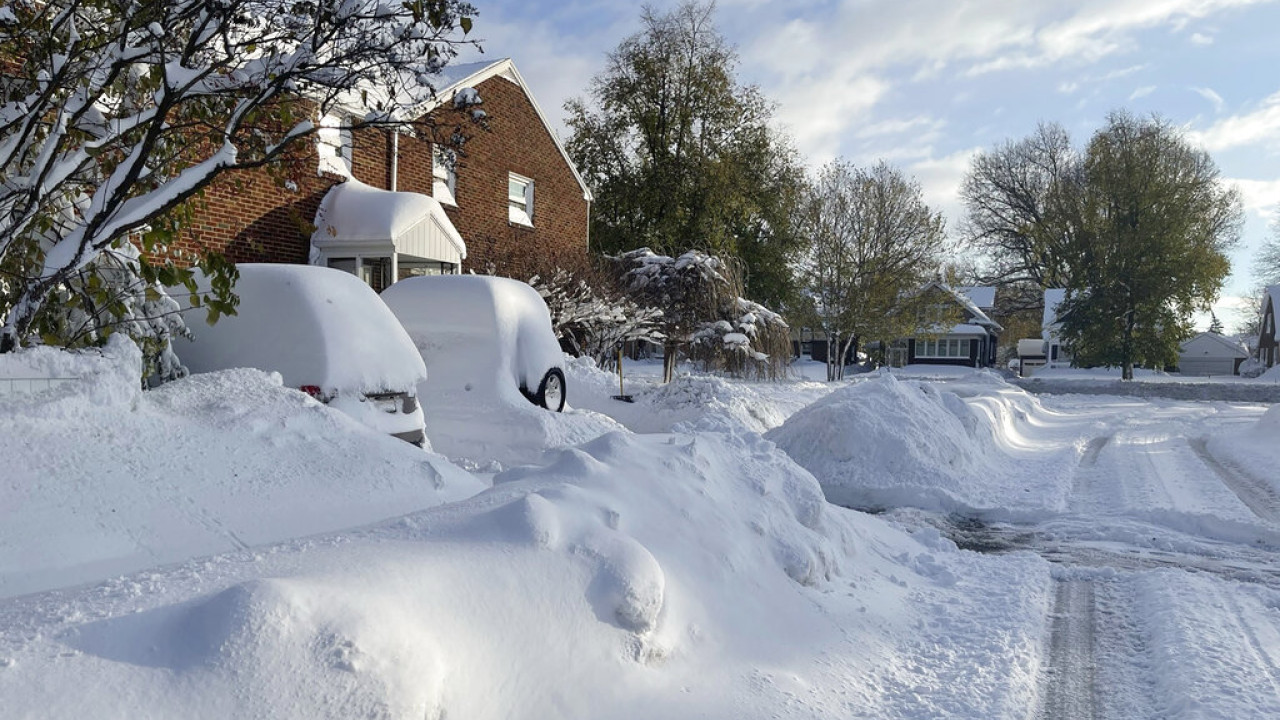 Buffalo and Watertown are two of the cities hit hard by the severe weather that will continue throughout the weekend.

A historic blizzard is underway in western and northern New York with snow reaching up to two meters in some areas, causing road traffic disruptions and problems with airline flights.

Buffalo and Watertown are two of the cities hit hard by the severe weather that will continue throughout the weekend.

Orchard Park, home of the @BuffaloBillshas seen 66 inches of snow in the last 24 hours!

This is the highest 24-hour snow total ever recorded in New York state.

The US Weather Service has warned that visibility will be near zero, travel will be very difficult and some areas may be completely paralyzed by the heavy snowfall. Since the severe weather, two people have lost their lives so far. Two Erie County residents suffered heart attacks while trying to clear snow from their yards. Doctors have warned that clearing snow can be harmful to one’s health.

Probably not a good idea to try and drive through Hamburg NY right now. 37” of #snow on the ground will stop any vehicle. Don’t get stranded. Stay at home! #wxtwitter pic.twitter.com/mtpGX5OCQN

Areas northeast of Lake Ontario – from central Jefferson County to northern Lewis County – were flooded by the heavy storm and snowfall late Friday.

Some residents are starting to worry about the weight of all this fresh snow on their roofs. #southbuffalo pic.twitter.com/6AtOJIB51v

Dozens of flights arriving and departing Buffalo Niagara International Airport were canceled as weather conditions worsened, according to the airport’s website.