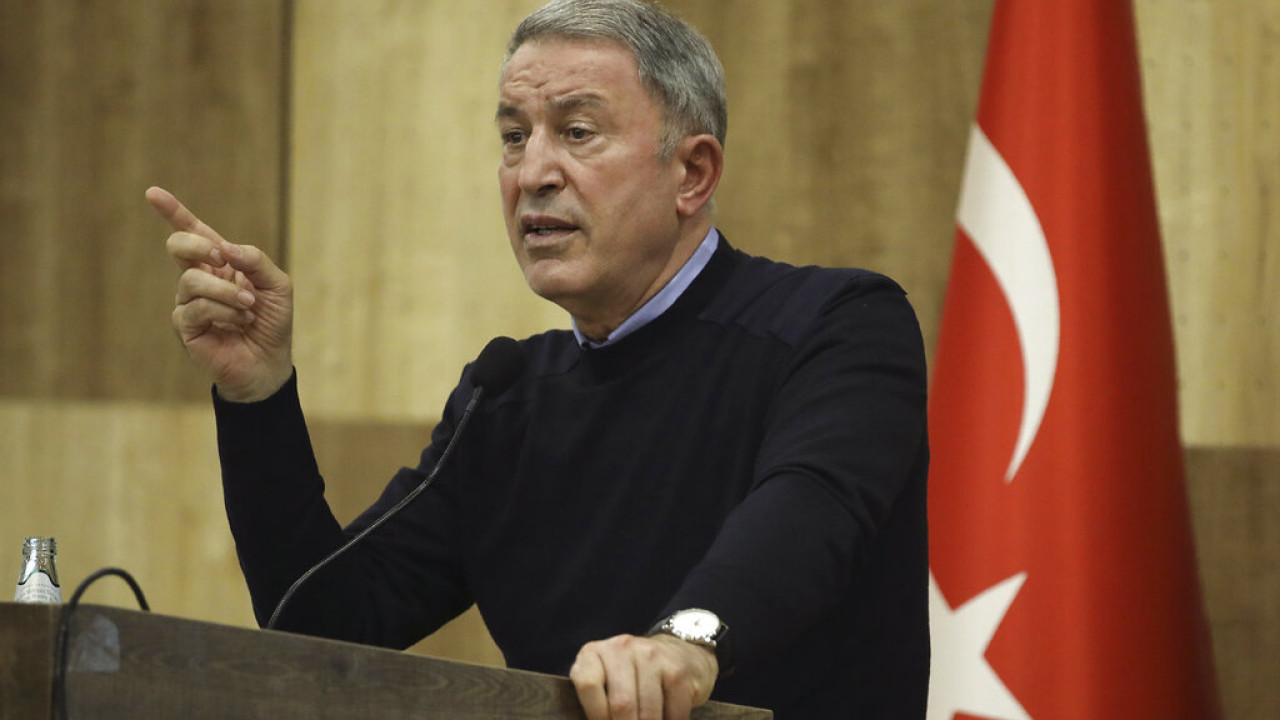 Akar on raids in Syria: “The time of reckoning has come”

The US State Department said on Friday it feared “possible military action by Turkey” in northern Syria and northern Iraq, urging Americans to avoid those two areas.

The “time of reckoning” has come, Turkey’s Defense Minister Hulusi Akar announced via Twitter yesterday, Sunday, over a photo showing a Turkish F-16 fighter jet taking off for a night operation.

“The bastards will be held accountable for their insidious attacks,” added Turkey’s defense minister.

“Terrorists’ nests are leveled with precision strikes,” he added in a second post, accompanied by a montage of the destruction of a target from the air, without specifying where it was.

The Turkish Ministry of Defense has so far not provided any details about the operation which appears to be underway on the night of Saturday into Sunday.

Kurdish forces spoke of “air bombardment by the Turkish army” mainly in the city of Kobani, in northeastern Syria, and in two villages.

The non-governmental organization Syrian Observatory for Human Rights has information on at least 12 dead, six members of the Syrian Democratic Forces and six Syrian soldiers.

A November 13 bombing on Istiklal Avenue, the busy commercial pedestrian street in the heart of Istanbul, killed six people and injured more than 80 others.

Turkish authorities immediately blamed the Kurdistan Workers’ Party (PKK) and the People’s Protection Units (YPG), a Kurdish paramilitary organization operating in Syria that Ankara says is the “arm” of the PKK in that country.

Interior Minister Suleiman Soylu accused the People’s Protection Units, which control much of northeastern Syria, of being responsible for the terrorist attack in Istanbul, saying that “the order for the attack was given in Kobani.”

The US State Department said on Friday it feared “possible military action by Turkey” in northern Syria and northern Iraq, urging Americans to avoid those two areas.

Facebook
Twitter
Pinterest
WhatsApp
Previous article
Brazil records 36 deaths from Covid and more than 20,000 cases of the disease
Next article
Opinion – From Grain to Grain: Five reasons for you not to buy property now