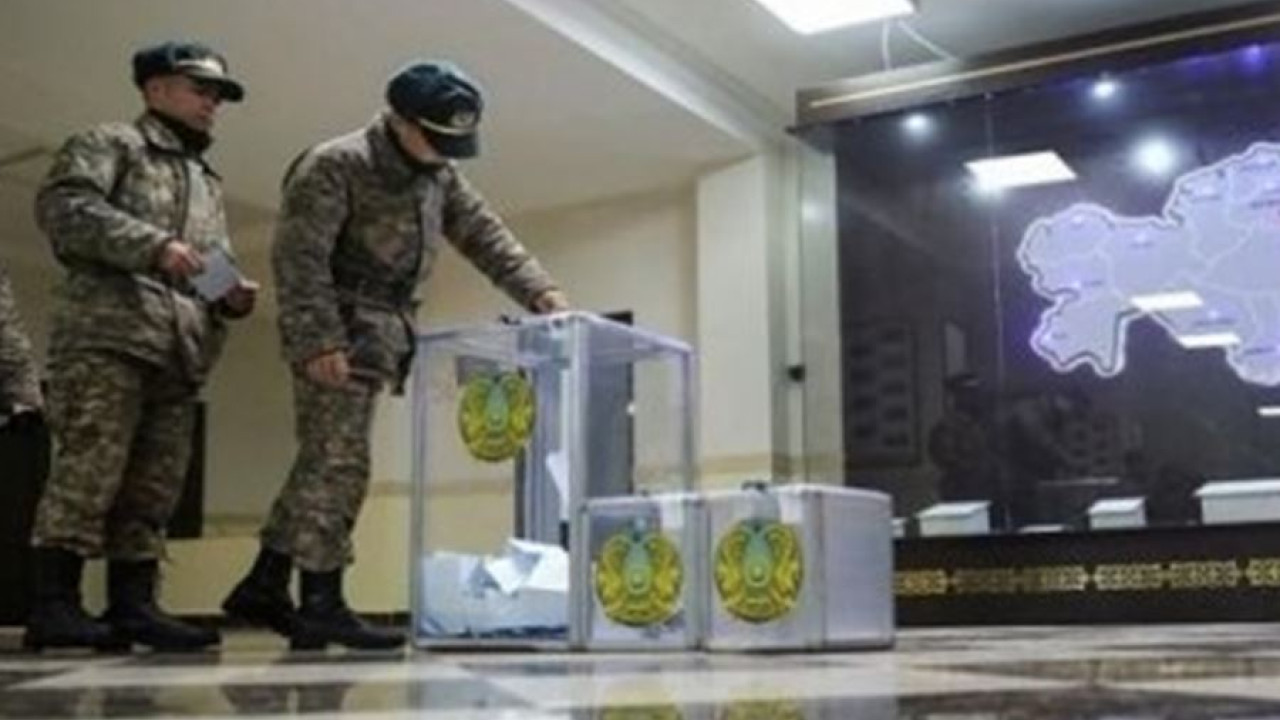 Nearly twelve million voters began arriving at polling stations, which opened in most regions of central Asia’s largest country at 03:00 am. and will close at 03:00 p.m. (Greece time).

At the polls for early presidential elections voters come today to Kazakhstanwith outgoing head of state Kasim-Yomart Tokayev expected to consolidate his power after a dark year marked by rivers of blood and relentless factional fighting.

Almost twelve million voters have started arriving at polling stations, which opened in most regions of the largest Central Asian country at 03:00 and will close at 15:00 (Greece time).

However, five western regions of Kazakhstan, a former Soviet republic with rich subsoil and a crossroads of strategic trade routes, began voting at 04:00.

The first exit polls are expected to be released around 20:00.

Kazakhstan was plunged into chaos in January when protests against the country’s skyrocketing cost of living descended into riots before being brutally suppressed. Toll: 238 dead.

The country’s trauma from that crisis has not healed and, if any indication were needed that tensions persist, authorities announced on Thursday that they had arrested seven supporters of an exiled opposition figure they accuse of inciting a “coup”.

The vote, in addition to turning the page on a difficult year, is expected to consolidate the rule of President Tokayev, 69, who in recent months has been moving to eliminate the influence of the entourage of his ever-powerful predecessor and mentor, Nursultan Nazarbayev.

Mr. Tokaev, who for years cultivated the image of a soft-spoken diplomat, transformed this year into a ruthless leader, ordering security forces to open fire on January rioters, arresting figures close to Mr. Nazarbayev, or even raising his head against Vladimir Putin. fighting against the Russian military’s invasion of Ukraine on February 24.

Kazakhstan’s president campaigned on his plan to create a “new Kazakhstan,” more democratic, less unequal. However, financial difficulties persist; as do authoritarian reflexes.

He took power in 2019, securing nearly 71% of the vote, after the powerful Nursultan Nazarbayev unexpectedly resigned after three decades in power.

Although for many years he was seen as his predecessor’s hand man, Mr. Tokaev began to cut ties, seizing the opportunity presented to him when the crisis erupted in January. He stood in favor of democratization and the fight against the oligarchic system.

This year alone, it hosted the heads of state of Russia, Turkey, China, top European officials — even Pope Francis.

His promises of democratic openness and economic reforms are well received.

Janiya Nakizbekova, a business manager, 57, who lives in Almaty, the country’s largest city, says she has “high hopes” for Mr Tokaev.

For others, on the contrary, today’s elections, which are supposed to inaugurate the era of the “new Kazakhstan”, give the feeling of déjà-vu, with the political landscape resembling a desert, the opposition a showcase, the downfalls of the authorities increasing.

Disappointing voters like Aset Temirgaliev, a pensioner who says he sees “no credible candidate, no choice”.

As the election date approached, the government multiplied warnings, most spectacularly announcing that it had foiled a “coup” and arrested seven supporters of exiled opposition Mukhtar Ablyazov.

President Tokaev also describes as “unacceptable” the “glorification” of those who participated in the “riots” of January.

International election observers of the OSCE (the Organization for Security and Cooperation in Europe) expressed regret that the proposals they submitted on “fundamental freedoms”, on “the terms and conditions of election” or “the registration of candidacies” remained ” without continuity”.

Facebook
Twitter
Pinterest
WhatsApp
Previous article
In historic decision, COP27 creates fund to repair climate damage and losses
Next article
Theodorikakos on SKAI for “Kivoto”: Whoever the perpetrators are will be brought to justice