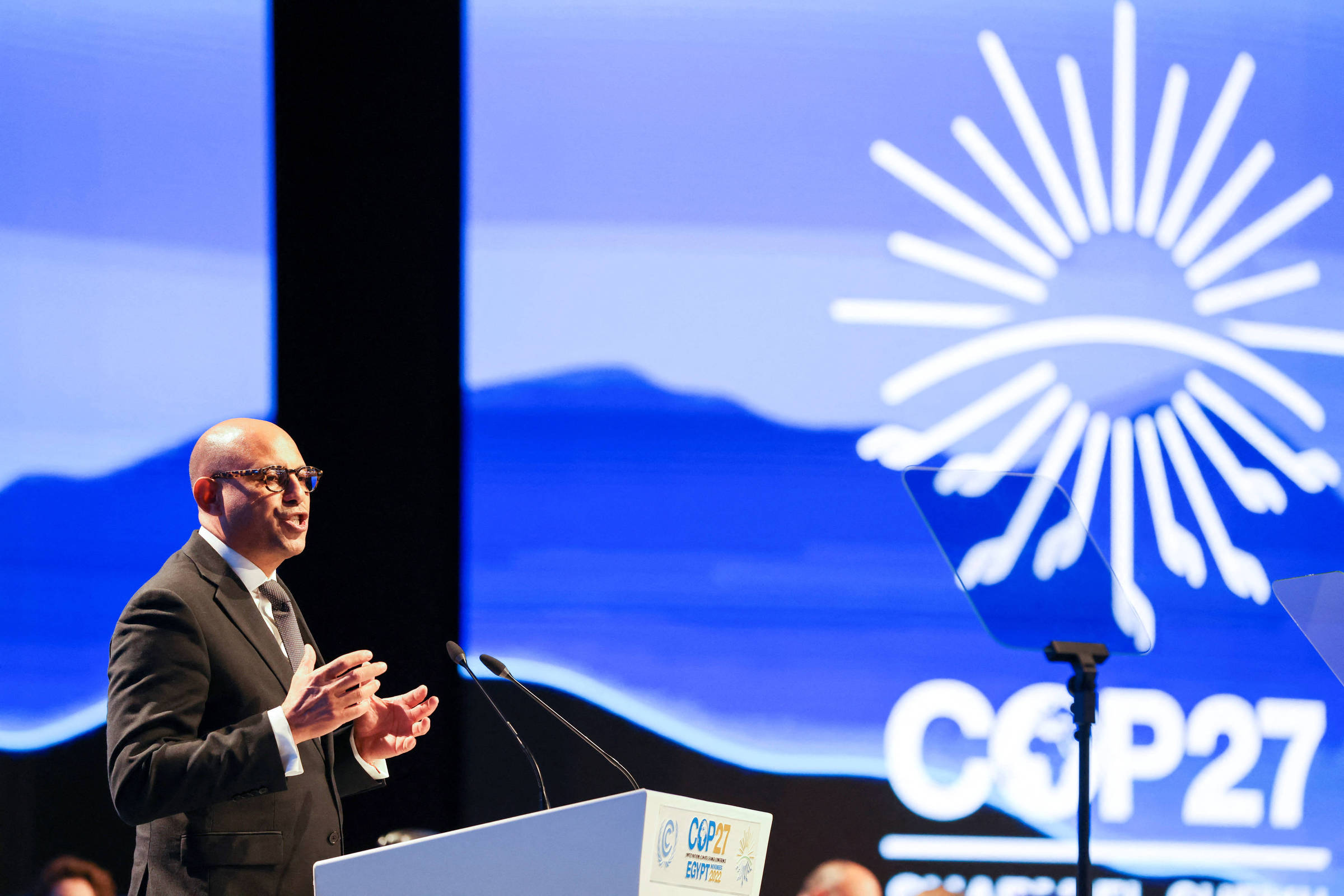 Dubbed the ‘COP of Africa’, the 27th edition of the UN climate conference managed to escape failure, the most expected scenario after two weeks of little progress in the negotiations, and reached a surprising end: the countries agreed with the creation of a fund for the repair of climatic losses and damages.

The text foresees the creation of a fund destined only to “particularly vulnerable” countries.

Developing countries showed satisfaction with the term, which only appeared in the last version of the document, in the early hours of Saturday to Sunday (20).

The UN Climate Convention, signed in 1992, provides a definition by recognizing that “countries with low-lying, arid and semi-arid coastal zones or areas subject to flooding, drought and desertification, and developing countries with fragile mountain ecosystems are particularly vulnerable to adverse effects of climate change”.

The criterion is seen by developing countries as fairer than that suggested by the European Union last Thursday (17). The Europeans proposed a fund only for “the most vulnerable countries”, which could leave out medium-sized economies that, without the capacity to respond to extreme events, are devastated by climate disasters.

A priority for African countries, as well as for island countries and for the 58 most vulnerable economies, the loss and damage agenda is a taboo for rich countries, which fear the exorbitant costs of repairing climate disasters.

The theme had been avoided at climate conferences since the creation of the UN Climate Convention, 30 years ago, and only entered the COP27 agenda in the last minutes before the opening of this edition, two weeks ago.

Throughout the negotiations, the developing bloc held together _despite arguments from the developed bloc that emerging economies such as China would not have status as a donor rather than a recipient of damages funds.

“Today, the international community has restored global faith in this critical process dedicated to ensuring that no one is left behind. The agreements made at COP27 are a victory for the entire world”, said the president of the Alliance of the Small Islands and Minister of the Environment of Antigua and Barbuda, Molwyn Joseph.

The text does not provide definitions on how the fund should work, providing for the creation of a transition committee that, starting in March of next year, will be responsible for defining the mechanism’s criteria, determining who should pay, in what way, to which countries, in which situations and deadlines.

The committee should deliver the result of the work at the end of next year, so that the countries can approve, at COP28, the beginning of the operation of the fund, which would be for 2024.

“It is now up to the international community to ensure that the fund becomes operational and serves the most vulnerable communities and brings a new chapter to stronger cooperation,” said Oscar Soría, director of campaigns at Avaaz and observer of the negotiations.

Developed countries expressed frustration at the end of the plenary. By finally agreeing to the damages fund, the developed bloc hoped to get back a greater commitment to reducing greenhouse gas emissions — a winning message for taxpayers in those nations.

However, the developing bloc stuck together throughout the negotiations and responded firmly to the call for ‘ambition on climate targets’. According to the G-77 bloc and China, for there to be more effort in reducing emissions, rich countries need to fulfill their promises with climate finance.

The ghost of US$ 100 billion continued to be remembered until the end of this COP _the promise was made by the rich bloc for 2020 and should only be fulfilled next year.

After the adoption of the final decision of the COP, the vice-president of the European Commission, Frans Timmermans, declared in the plenary that the Europeans leave the COP disappointed with the lack of a stronger text.

“Many actors are not ready to compromise and have backtracked on Glasgow [sede da COP26]”, said Timmermans. “We are proud of the background [de perdas e danos]but we insist that we are far from achieving the necessary action to prevent further loss and damage: the rapid reduction in emissions”, he added.

With the energy crisis resulting from the war in Ukraine, the Europeans also lost credibility to ask for more efforts to reduce emissions, since the bloc had to return to appeal to coal, nuclear energy and also to new investments in the exploration of fossil sources in African countries, seeking independence from Russian gas.

Faced with the war and energy crisis, the final decision of the COP, which since last year had been trying to mention the elimination of fossil fuels, ended up saying the opposite this year. The text accepts a mix of energy with all kinds of combinations.

“Stresses the importance of strengthening a clean energy mix, including low-emission and renewable energy, at all levels, within the framework of diversifying energy mixes and systems, in line with national circumstances and recognizing the need for support for just transitions “, says the text, which also recognizes, in the previous paragraph, an “unprecedented energy crisis”.

With the intense participation of British parliamentarian Alok Sharma, who chaired the conference last year, COP27 sought to repeat in its final decision the achievements of the text signed in Scotland.

In the final decision of COP27, countries kept mentioning the importance of keeping global warming below 1.5ºC, despite the resistance of developing countries that fear a renegotiation of the Paris Agreement, since the document, signed in 2015, was more flexible by admitting a heating of up to 2ºC.

Another agenda brought from COP26 and seen as a renegotiation of Paris by the developing bloc deals with the mitigation work program. The proposal seeks to tighten the follow-up on the implementation of the climate goals of the countries, making an annual update of the commitments.

For developing countries, the global follow-up proposal clashes with the concept of nationally determined contributions (NDCs), agreed in Paris. Without clarity of the blocks on how the follow-up should work, the program received a first scope design, but still leaves definitions for the next conferences.