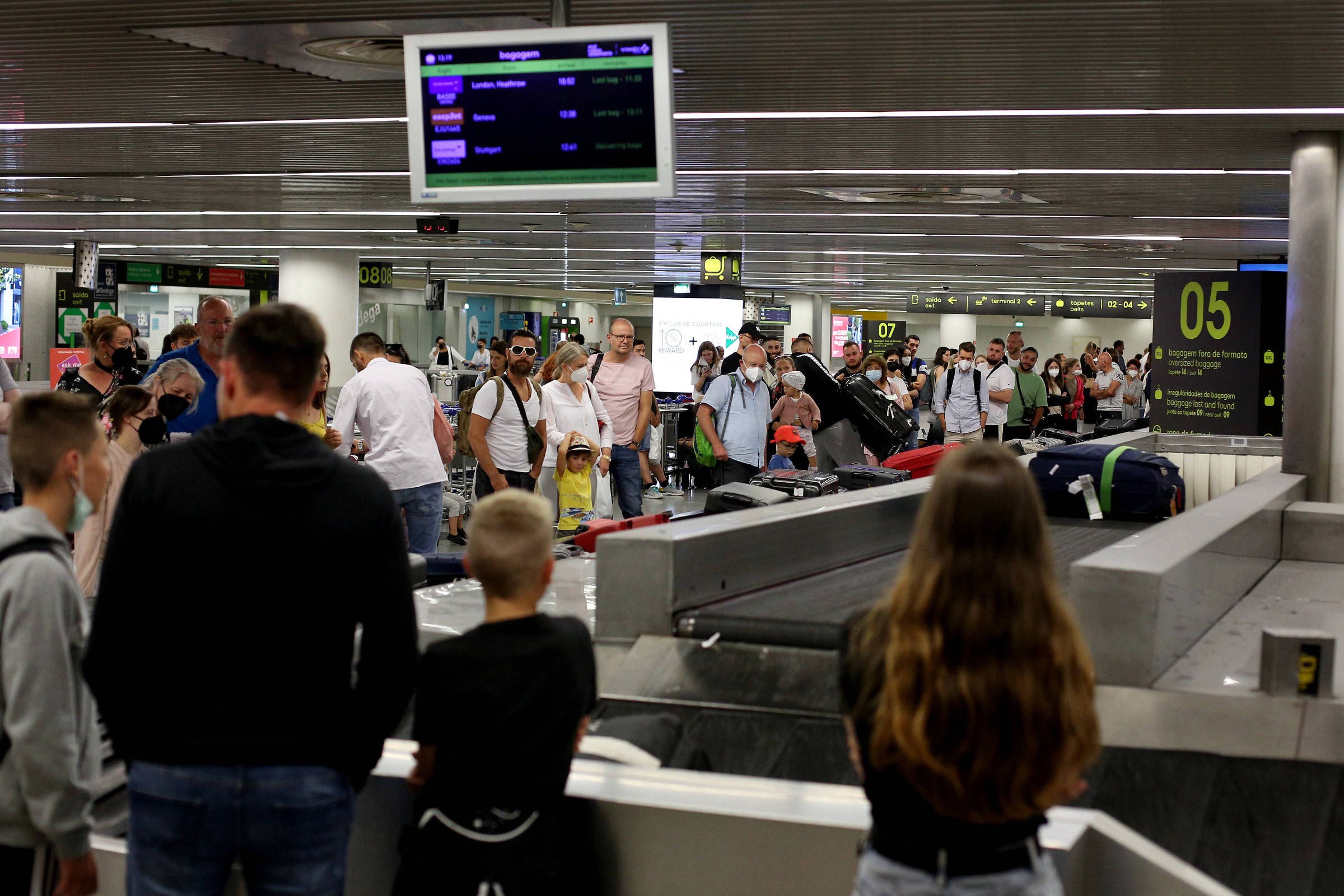 Newly arrived Brazilian immigrants in Portugal, some with less than a month in the country, have asked consulates and social solidarity associations for help to make their way back. With inflation at its highest level in more than 30 years and a record high in property prices, the cost of living in the European country is rapidly eating away at new residents’ savings.

The movement has been so expressive that the Brazilian consulate in Lisbon made a publication on social networks to highlight that “it has registered a significant increase in requests for repatriation” by those who claim “to be unable to afford the costs of returning to Brazil”. The representation recalls that “it has no legal competence or ordinary budget allocation to pay for repatriation flights to Brazil”.

The main alternative in this case is the Voluntary Return and Reintegration Support Program of the IOM (International Organization for Migration), linked to the UN. The initiative supports several nationalities, but Brazilians account for more than 90% of those assisted in Portugal.

Data provided to Sheet show that, although 2022 is not over yet, the number of requests for help from Brazilians has already returned to pre-pandemic levels – it is more than triple those made in 2021, when there was an index below the historical average. From January to October this year, there were 687 cases, compared to 219 in 2021 and 709 in 2020.

Among the 243 people that IOM has already supported by buying a ticket back to Brazil in 2022, 67% had been in Portugal for a year or less and 91% lived in an irregular situation.

In the assessment of Vasco Malta, head of the entity’s mission, there are two main and combined reasons for this movement: the lack of planning for the trip, especially in relation to knowledge of the country’s economic reality, and the performance of criminal networks to promote the immigration that promote false information on YouTube and social media.

“Many videos have titles that are already criminal. There is a group of people who exploit the vulnerability and lack of knowledge of those who are in Brazil”, he says. “We’re talking about people who sometimes are in Portugal for a month and realize that reality is not what they imagined. People who sold everything in their country of origin and don’t have any kind of support.”

Malta says that there has been a change in the profile of the Brazilians supported —with more and more families with children.

The body responsible for immigration in Portugal, the SEF (Foreigners and Borders Service) has carried out operations targeting influencers and advisory services that explore irregular migration. On social media, you don’t have to look far to find videos and publications that portray an —increasingly distant— reality of plentiful and cheap purchases in markets, as well as recipes for circumventing requirements and lying when interviewing agents at the airport.

One of the most popular “tips” to save money is to cancel the ticket back to Brazil —mandatory for anyone traveling to Portugal as a tourist— right after entering the European country, obtaining a refund. But, without the ticket, many people end up unable to leave after not adapting to the high cost of living. Malta points out that criminal groups that promise to help with the moving process also use this strategy, pocketing the value of the ticket.

On social media it is not difficult to find reports of Brazilians desperate to leave Portugal, and the Público newspaper recently reported an increase in the number of homeless immigrants in the country.

The IOM program, then, is just the tip of the iceberg of vulnerability situations, with the real situation potentially being far more serious. Born in Ipatinga (MG), a 33-year-old manicurist tells the Sheet who moved with his family to Braga in May, believing the many positive reports on the internet. Six months later, without even having money to pay the electricity bill, they were only able to leave the country with the help of relatives who bought return tickets.

Embarrassed and traumatized by the experience, she asked not to be identified.

In this sense, in addition to paying for the ticket, the IOM project includes psychological support, in partnership with a university, and offers the possibility of supporting business projects for those who return to Brazil.

Although Portugal allows the regularization of foreigners who are without the proper visa, the process is bureaucratic and can drag on for more than two years. As this group is more vulnerable to all types of exploitation, the government has approved a new visa for those looking for work in the country, which has just started receiving applications. Even so, the SEF remains overloaded, with around 200 thousand requests for regularization to be analyzed.

Brazilians are, by far, the largest foreign community in Portugal, with 252,000 legal residents – a figure that does not include those with dual citizenship of European Union countries or those who are in an irregular situation.

In a speech to representatives of Brazilian movements in Portugal on Saturday (19), president-elect Luiz Inácio Lula da Silva (PT) stated that he intends to improve conditions in Brazil to allow immigrants who left due to lack of opportunities to return. “I hope you guys start coming back proudly,” he said.

Facebook
Twitter
Pinterest
WhatsApp
Previous article
Ukraine speaks of risk of blackouts until the end of winter and promotes internal displacement
Next article
Opinião – O Mundo É a Bola: The captains of the World Cup teams lacked courage in the LGBTQIA+ cause