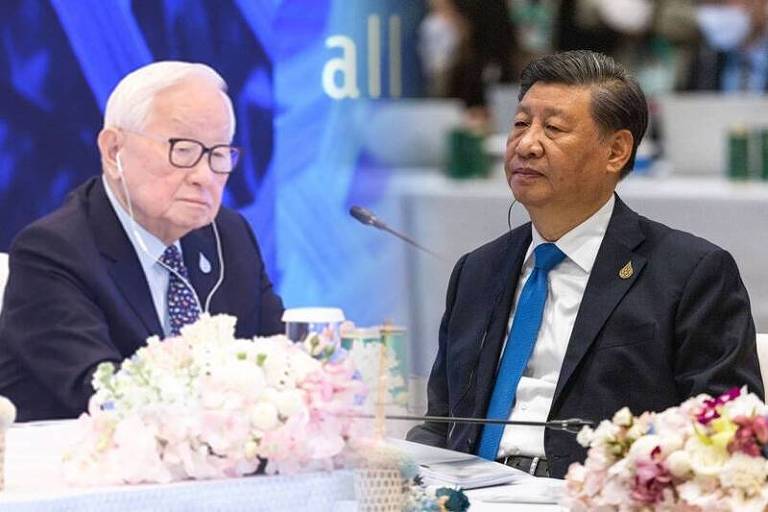 It was not possible to locate a photo with the two, but Chinese leader Xi Jinping and the founder of Taiwanese TSCM, the world’s largest chip company, Morris Chang, met at the APEC summit, forum for Asia-Pacific Economic Cooperation, in Bangkok , in Thailand.

That’s what Chang claimed for newspapers like Ziyou Shibao or Liberty Times, from Taipei, and Straits Times, from Singapore. “We asked about each other, and I congratulated him on the success of the 20th Communist Party congress,” Reuters reported. “It was a very happy and polite interaction.”

He would have detailed, according to Ziyou Shibao, who is close to the Taiwanese government: “Xi told me that he remembered that we met four years ago, and I said that I had an operation on my hip last year. He replied, ‘look, now it feels good’. It was like, nice interaction”.

On Monday, Chang was asked more questions and he then responded, via Bloomberg, Fox News, BBC in Thai:

“I congratulated Xi on the success of the 20th party congress and talked about my own state of health, which were all my personal ideas. Taiwan’s presidential office told me in advance that if there was an opportunity, there was no need to avoid meeting him or salute him.”

Chang attended the summit as an envoy of the government of Chinese Taipei, Taiwan’s name for events with Chinese participation. In addition to Xi, he also met with the vice president of the USA, when he addressed the opening ceremony of the TSMC factory in Arizona, on the 6th.

He had resisted pressure from the Biden administration to establish unity in the United States — at public events like last year’s APEC, a talk at the Brookings Institution in Washington and the government’s own reception in Taipei for House Speaker Nancy Pelosi.

At the same time, the American magazines Parameters, from the Army War College, and The New Yorker, in addition to Bloomberg, had been reporting on Washington’s plans to destroy TSMC facilities in Taiwan, in the event of occupation by China.

Chang ended up relenting and, at the press conference on Monday, confirmed that TSMC will build another factory in Arizona and produce its most advanced chips, which it has been trying to keep restricted to Taiwan. The news had been published two weeks ago by the Wall Street Journal.

At the age of 91, Morris Chang or Zhang Zhongmou was born in China and studied until his first college degree in Shanghai, leaving to attend Harvard, MIT and Stanford and make a career in American technology companies, such as Texas Instruments, before founding TSMC in 1987 .

Berlin: Russian Embassy Rejects Any Connection With ‘Citizens Of The Reich’