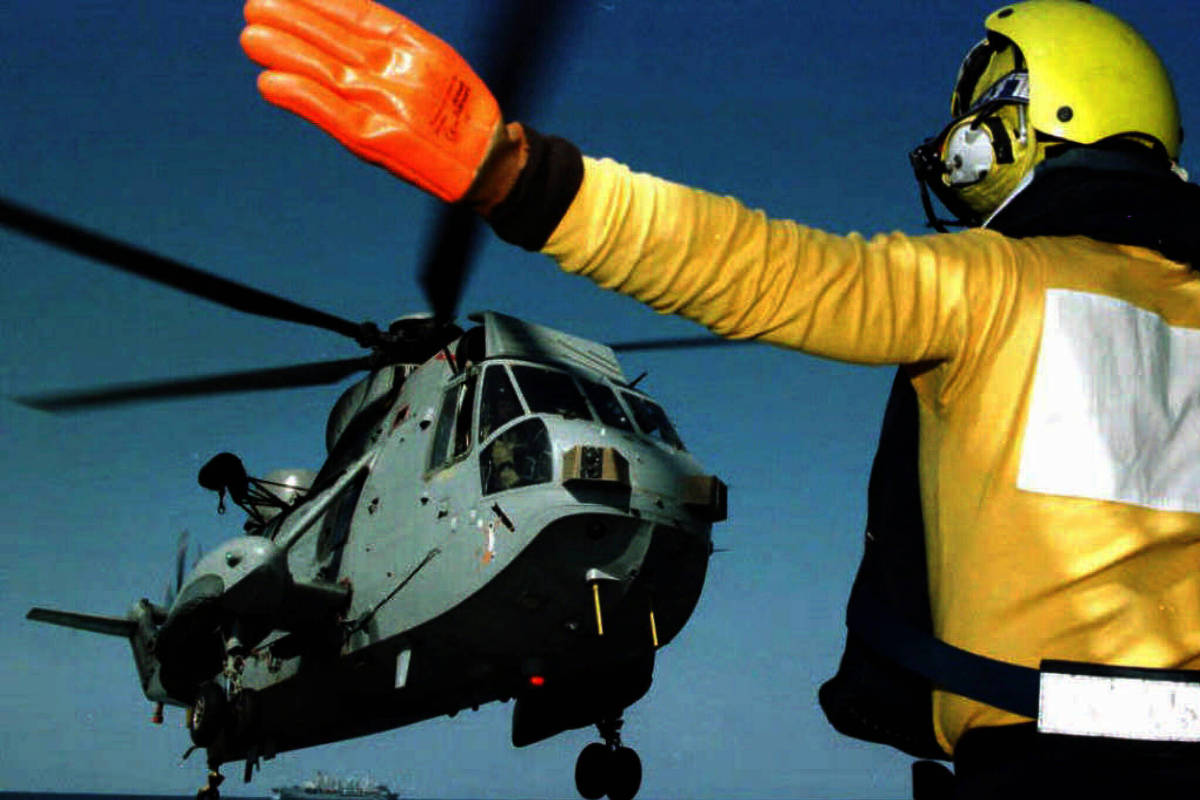 In a new test of the elasticity of the Kremlin’s red lines regarding the West’s support for Kiev against the Russian invasion of Ukraine, the UK has announced that it will send helicopters for the first time to help the resistance.

It is indeed a test, as the war will not change levels with only three units announced by Secretary of Defense, Ben Wallace, this Wednesday (23). But a symbolic test, even for the chosen equipment.

There will be three Sea King anti-submarine warfare helicopters, a British Westland version of the American model of the same name. They are obsolete devices for NATO standards (the Western military alliance): the last of the 357 produced stopped flying in 2018 in the United Kingdom; there are still active models in other countries, such as Germany and Brazil.

So the message is for Russia’s battered Black Sea Fleet, centered in Sevastopol, in occupied Crimea. She has already lost her flagship, the cruiser Moskva, sunk in April. In September, perhaps half of its aerial device was destroyed on the ground at a Crimean base.

And its HQ was the target of direct drone strikes, which Moscow accused were precisely organized by the UK.

The Sea King, however, can also be used for ground transport operations. The issue is that so far no manned Western aircraft had been sent by supporters of Volodymyr Zelensky’s government against the Russians.

It’s a taboo that falls, slowly. In the early stages of the war, the focus of weapons supply was on small arms against tanks and aircraft. It worked, and when the war shifted its focus to artillery battles in the east of the country, it was the US’ turn to step up and supply advanced systems of the type —which made a difference in the south as well, by breaking supply lines that eventually led to the retreat of Russian forces southeast of the Dnieper River.

With each advance, Moscow warns of red lines and talks about the risk of a direct clash with the West, which would lead to a Third World War, nuclear in nature. Vladimir Putin himself has already ruled out the use of the bomb in an offensive way, but whenever he can he repeats the Russian atomic doctrine of existential defense.

Still, some limits are respected. So far, the US had supplied 20 helicopters to the Ukrainians, but they were Soviet-made Mi-17 models collected from Eastern European allies, former Warsaw Pact customers in the Cold War, just like those operated by Kiev. It was a nuance: this was not Western material.

Even so, so far NATO has not accepted pressure from countries in its eastern fringe more concerned about Russia, such as Poland, to supply Soviet MiG-29 fighters to Kiev – according to the military loss assessment website based on public images and Dutch Oryx geo-checking, 55 of the 124 pre-war Ukrainian aircraft have now been lost.

Regarding helicopters, the Oryx counts 23 of 115 shot down. The number is relatively low because there is more control by Ukrainians over the release of images of their military losses. Russian data is always more plentiful, even for propaganda purposes on Kiev soil.

Wallace also announced the sending of 10,000 pieces of artillery to the Ukrainians, which comes after the visit of the new prime minister, Rishi Sunak, to the capital of the invaded country. The US is Zelensky’s biggest military supporter, with US$18.6 billion (R$100 billion today) announced this year, and the UK is behind, with US$2.75 billion (R$14.8 billion today ).

Throughout this Wednesday, there were new Russian air strikes in Ukraine. Air sirens sounded in almost all regions of the country, and there were at least two points of concentration of attacks, one of them in the capital.

According to the mayor of Kiev, Vitali Kitschko, targets of the city’s energy infrastructure were hit on the outskirts at dawn. There is no news of casualties yet. With the onset of what promises to be one of the harshest winters in years, the Russians have focused their air campaign on destroying the Ukrainians’ power grid.

So far, more than 60% of the sector’s infrastructure has been destroyed, and scheduled blackouts have left major cities without power and heating as a way of rotating electricity. In the capital, the government promises to set up “resistance centres”, basically shelters against attacks with heating and light provided by Western generators.

The European Parliament voted in favor of a resolution classifying Russia as a promoter of terrorism on Wednesday. The measure is symbolic, without legal effect given that the body does not have executive powers.

The name was an old request from Zelensky, due to the destruction of his power grid and attacks that hit hospitals or schools in these nine months of war. The United States, where the qualification makes possible new sanctions against convicted countries, resists the idea for now. Washington only classifies Cuba, North Korea, Iran and Syria, all allies of Putin, as such.

Facebook
Twitter
Pinterest
WhatsApp
Previous article
Captain, Thiago Silva cites confidence and nervousness on the eve of his World Cup debut
Next article
Widow of Erasmo Carlos pays tribute to the singer: ‘I was the one who died’