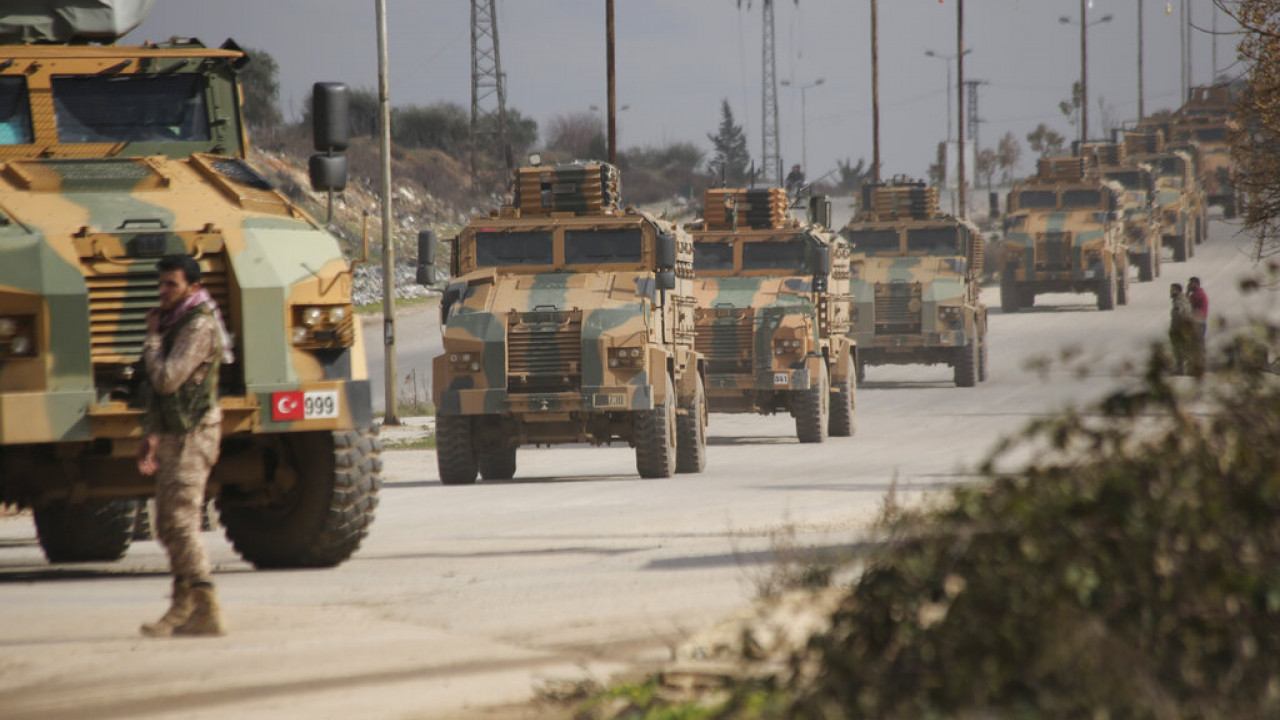 Moscow urges Ankara to avoid a full-scale attack on Syria

“We hope that our arguments will be heard in Ankara,” said a Russian negotiator

Russia again called on Turkey to refrain from a full-scale ground attack on Syriasaid senior Russian negotiator Alexander Lavrentiev, because such actions could provoke an escalation of violence.

“We hope that our arguments will be heard in Ankara and that other ways of solving the problem will be found,” he said, after a new round of talks on Syria with Turkish and Iranian delegations in Kazakhstan.

Lavrentiev said that the United States is following a “disastrous” course in northeastern Syria and that resolving the Kurdish issue would be an important factor in stabilizing the situation in the region.

Russia, Turkey and Iran pledged in a joint statement issued after the talks to further resist “separatist plans aimed at undermining Syria’s sovereignty and territorial integrity and threatening the national security of neighboring countries, through cross-border attacks and intrusions.” .

Meanwhile, one Kurdish fighter was killed and three others were wounded today in a drone strike by the Turkish military against a Russian base in northeastern Syria, a Kurdish forces official said.

Turkey has been carrying out a series of airstrikes in Syria and Iraq since Sunday against Kurdish fighters belonging to “terrorist” organizations, according to Ankara.

The victims are members of the Syrian Democratic Forces (SDF, a Kurdish-led coalition) who have a position at the Russian base, located in Hasakah province, SDF official Farhad Sami said.

According to the Syrian Observatory for Human Rights, a British-based NGO with a wide network of sources in war-torn Syria, a Russian soldier was also injured.

At the moment there is no reaction from the Russian side.

The Russian military has been involved in the Syrian conflict since 2015 on the side of Bashar al-Assad’s regime.

Initially based in the western part of the country, it has also been deployed in late 2019, following an agreement with Turkey, in the northeast, where the Kurds have established an autonomous administration. The aim was to form a neutral zone between Turkey and the Kurdish fighters.

For their part, American soldiers have been on Syrian soil since 2014 as part of an international coalition supporting Kurdish forces in their fight against jihadists.

The SDF was at the forefront of the battle against the Islamic State group that was driven from its strongholds in Syria in 2019.

Always in Hasaka province, Turkish artillery also targeted today the prison area in Qamisli, where IS jihadists are being held, according to the Observatory and an SDF official.

In addition, the Observatory reported strikes by Turkish drones today against four oil and gas facilities, including a gas refinery and an oil pumping station in the same province.

Facebook
Twitter
Pinterest
WhatsApp
Previous article
Golden Dawn trial: “We received an organized attack” testified a childhood friend of Pavlos Fyssas
Next article
Acropolis: A 46-year-old man was arrested for stealing a backpack from a tourist