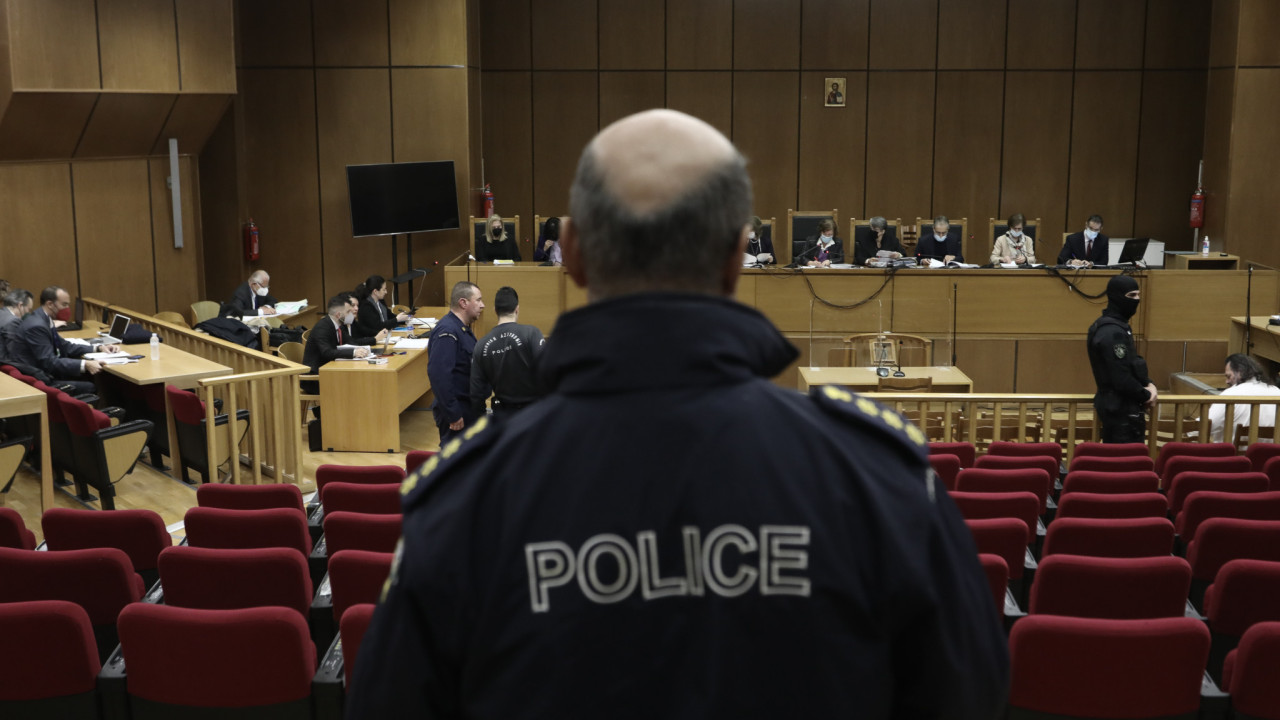 The musician’s childhood friend, Giorgos Doulvaris, who testified at the Golden Dawn trial, ruled out the possibility that what happened on the night of the murder of Pavlos Fyssas was accidental.

The witness, who on the night in question was with Fyssa and his company at the Koralli cafe to watch a football match, testified that nothing happened inside the store to justify the Chrysaugits team “waiting” for them outside when the match ended.

The position expressed by Mr. Doulvaris in the Chair’s questions about the possibility that something happened in the cafeteria that mobilized the “battalion”, was absolute, that they received an organized attack aimed at Pavlos Fyssas as he was known as a musician for anti-fascist bands his views.

According to Mr. Doulvaris, in the cafeteria there were two people in front of them who were staring at them and because of their appearance they commented to each other that “they are fascists” as they were wearing camouflage pants, camouflage pants and one of them wearing a Golden Dawn shirt upside down.

As he testified, they saw these people at one point sending messages, without worrying themselves, as there was no tension between them. In the meantime, their company had grown as Fyssas had also invited other friends of theirs to go to Coralli.

At the end of the match, as the witness said, outside the cafe “I saw a car with two people looking at us threateningly and 6-7 people threatening us. We couldn’t leave the spot. I saw two-wheeled machines. Helmets. They were armed. It had two JUPITER engines. No one helped us. When we crossed the street, they continued to terrorize us, they cursed our mothers and our family and told us that they would kill us”.

According to Pavlos Fyssa’s friend, the gathered people “were like a company, organized” who “stomped their feet rhythmically shouting “u” to terrify us more”.

The witness said that in the face of this situation they decided to leave on foot and that when they realized that the gathered people would chase them “Paul said: we are running now, everyone”.

As Mr. Doulvaris testified, he himself did not see the scene of the crime as he arrived at the scene of the murder when his childhood friend had already been fatally stabbed by Giorgos Roupakias. “I saw Pavlos beaten, in Chrysa’s arms.”

The president as well as the prosecutor asked the witness many questions about the situation that prevailed inside the cafe.

President: Chryssa (Fyssa’s partner) testified to the Police that you said something, a certain phrase loudly in the cafeteria..

Witness: I don’t remember that.

Chairman: Did you say anything to each other about the two people? What do you comment?

Witness: That they were fascists by dress.

Chairman: Did you say that Paul said something about one’s clothing?

Witness: There was a conversation between us. I reckon they didn’t hear it.

President: Did you see them talking on the phone?

Witness: I saw them texting.

President: Did you say “I’d rather have a worm as a friend than a gold digger”?

President: Did you say German seeds?

Witness: No. I remember saying 2-3 times that we are in our neighborhood and we don’t want any fuss.

President: Was there an atmosphere that something was going to happen and you invited your other friends?

Witness: No, they came to hang out.

Speaker: In your opinion, was everything that happened accidental?

Witness: No, they were organized. It may be because they recognized Pavlos Fyssas that they found an opportunity.

The trial was adjourned for Monday in order for the DSA to resolve an issue that arose with the representation of a lawyer from the Legal Aid (who are in abstention) and represent incarcerated defendants.

Facebook
Twitter
Pinterest
WhatsApp
Previous article
Staikouras on SKAI 100.3: In society the additional fiscal space that can be created
Next article
Moscow urges Ankara to avoid a full-scale attack on Syria