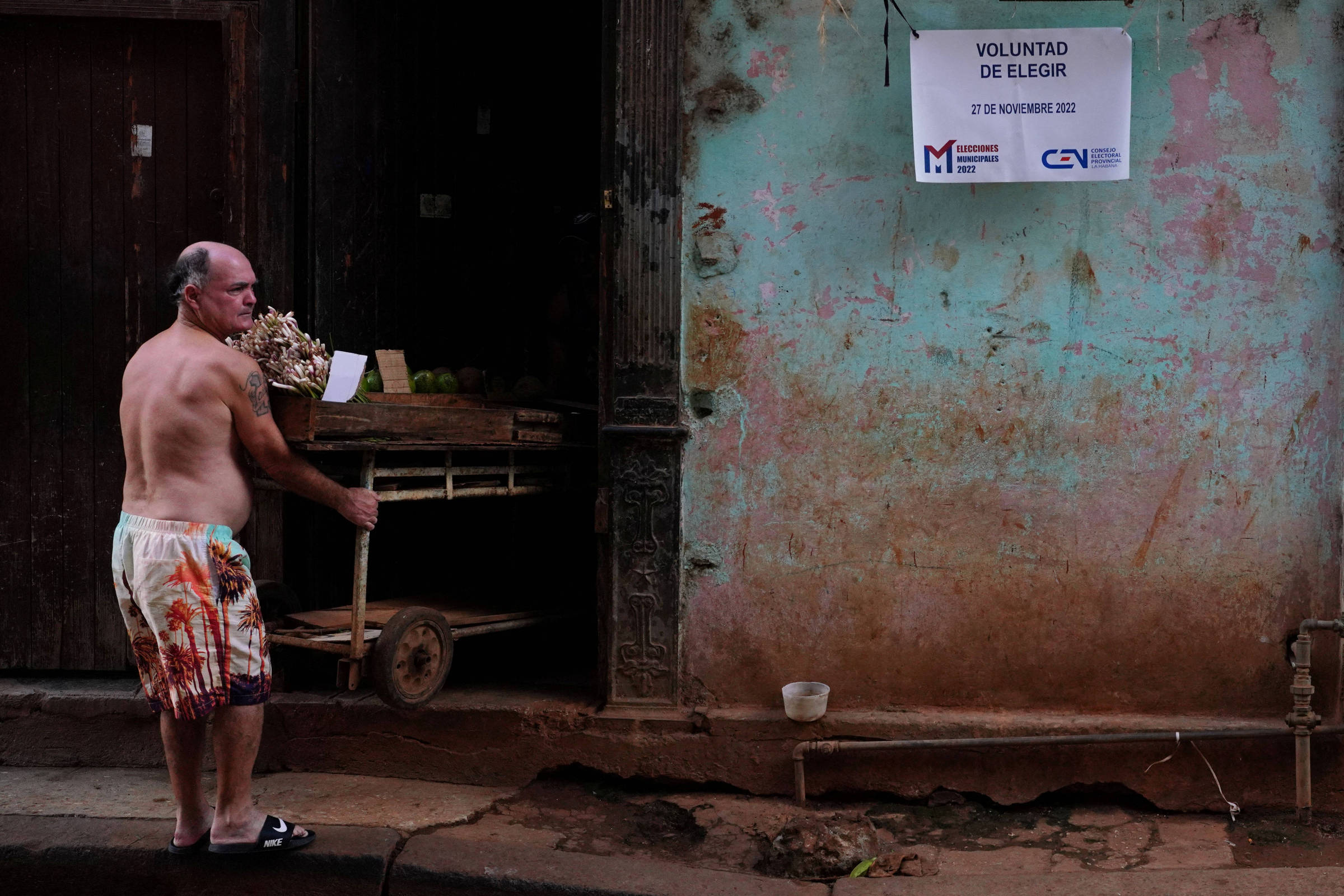 Opposition in Cuba makes movement for abstention in local elections

The opposition to the dictatorship in Cuba accuses the regime of barring and hindering candidacies in the regional election scheduled for next Sunday (27). The groups asked voters this Wednesday (23) not to go to the polls.

Held every five years, municipal elections are one of the few opportunities for Cubans to participate directly in processes of this type. For the regime, they configure a system of grassroots democracy, with the nomination, as candidates for local assemblies, of names from each neighborhood or region.

Opposition, however, has been especially stifled since the July 11, 2021 protests, whose repression led to the trial and imprisonment of thousands of protesters, for crimes ranging from disorderly conduct to vandalism and sedition. Some migrated, and others claim they were forced into exile.

Those who remained on the island say that the dictatorship’s reaction has strangled political dissent. “This obviously affects the capacity that civil society can have to connect with what I consider to be the majority of citizens who seek change,” says Manuel Cuesta Morúa, leader of the Council for Democratic Transition in Cuba.

He accuses the regime of preventing the candidacy of at least three opponents with the prospect of winning and says he knows only one name of the opposition at the polls: baker José Antonio Cabrera, 30, from Palma Soriano, a small town in the east of the island.

The regime did not comment on the case to Reuters, which was unable to independently verify the information.

According to Yuliesky Amador, professor of law at Artemisa University, any Cuban citizen can be nominated as a candidate and no one can be prevented from running for having positions against the regime. “Any contrary determination would be in contradiction with the laws and the Cuban Constitution.”

There will be 26,746 candidates running for 12,427 district positions in Sunday’s election – the island has 11 million inhabitants. Electoral campaigning is prohibited, and assembly candidates are nominated in neighborhood meetings on the basis of personal merit, not political office.

They do not need to be affiliated with the Communist Party, and some are independent — although few opponents have run to date. Havana sees the opposition as subversive and sponsored by external agents to foment instability in the country.

By telephone, Reuters interviewed five dissident activists who remain on the island. None said they had plans to participate in the election or knew any opposition that had submitted a candidacy. “All of this is a farce,” says Berta Soler, leader of the Damas de Branco group. “I don’t believe in the electoral system in Cuba”.

In parallel, a movement guides citizens to abstain. The Archipiélago group, whose members are mostly off the island, urged voters to stay home on Sunday, spoil their ballots or leave them blank.

“It could be a magnificent opportunity to say loud and clear to the regime and the international community that the dictatorship no longer has the majority it has boasted for decades,” the group said in early November.

Abstention has been increasing in recent years. Cuba’s 1976 Constitution was approved by 98% of voters, with over 98% turnout, while the 2019 Charter had an 87% endorsement, with overall turnout down to 90%.

The September referendum on the regime-backed Code of Families had 67% approval, and turnout dropped to 74% — high by international standards, but an unprecedented drop in Cuba since Fidel Castro’s 1959 revolution.