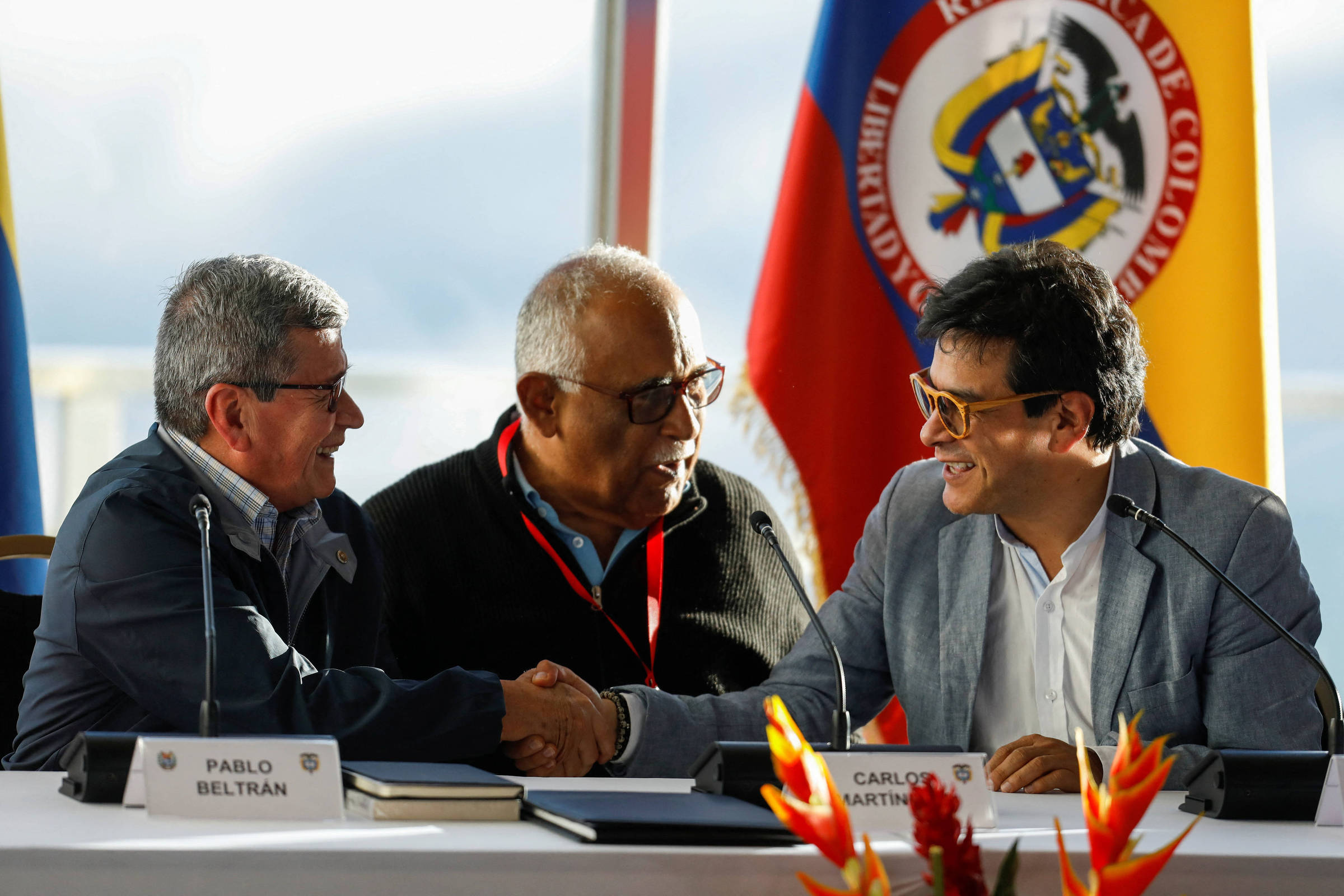 The government of Colombia and the ELN (National Liberation Army) guerrillas decided to call this Friday (25) representatives from Brazil, Chile and Mexico to act as guarantors of the peace negotiations, which seek to end about 60 years of conflicts. The parties also proposed the participation of the United States in the negotiating tables.

Talks, which had been suspended since 2019, were resumed on Monday (21) in Caracas, Venezuela, in response to promises made by Gustavo Petro, who took over the Presidency in August. Under his government, Colombia recently resumed diplomatic ties with the country led by dictator Nicolás Maduro, and the return to negotiations with the ELN is part of the same logic.

After five days of discussions, the Colombian government and the ELN released a statement in which they reported, in an optimistic tone, advances in an “environment of trust” between the parties. Representatives of the three Latin American countries should join Cuba, Norway and Venezuela in the role of guarantors of the peace processes and monitoring of the commitments assumed.

The US government will also be encouraged to nominate a special envoy to attend the negotiating tables. “We agreed to carry out diplomatic actions with the US government to find out its willingness to participate in this process,” according to a statement released by Norway.

Earlier, on Tuesday (22), Pablo Beltrán, head of the ELN delegation, had called the US participation in the previous peace process in Colombia, initiated during the government of former President Juan Manuel Santos (2010 to 2018), “nefarious”. ).

“The US role in Latin America was disastrous for the peace processes. What was installed in the Colombia, in 2016, was opposed by several American agencies”, said Beltrán. This time, he added, he said he hoped that Washington would have a “proactive and supportive” attitude towards the talks.

The Europeans Germany, Sweden, Switzerland and Spain will be invited to participate in the process as “accompanying countries”. Without disclosing details, the Colombian government and the ELN also pledged to promote humanitarian aid.

During the election campaign, Petro promised to establish “total peace” in Colombia, promoting advances in relation to the agreement signed in 2016 with the FARC. The leftist president’s idea is that everyone involved in the Colombian conflict be heard and have the possibility of carrying out reparatory sentences in exchange for reports on their actions, the commitment not to repeat them and services to the victims.

The strategy recovers to some extent the one adopted by then President Juan Manuel Santos, in 2016, when establishing the negotiations, based in Ecuador. The politician said he believed that there would be no way to reduce the levels of conflict in the country just by demobilizing the FARC.

In 2019, however, the attack on a cadet school in Santander, in which 22 students died and more than 70 people were injured, triggered the interruption of talks with the ELN, already under the government of Iván Duque —who thought differently from his predecessor and reinforced the punitive discourse.

Considered the last active guerrilla in the country, the ELN was born in the 1960s and is known for having, since then, a more systematic attachment to Marxist ideas. His activities focused on kidnapping, extortion and involvement in drug trafficking. The end of the FARC opened new routes, facilitating the entry of the guerrillas into Venezuelan territory, where it now has barracks and training camps.

Previous attempts at negotiations with the ELN, which has about 2,400 fighters and was founded in 1964 by radical Catholic priests, have failed in part because of dissent within its ranks. ELN leaders say the group is united, but it is not clear how much influence negotiators have over active units.